Treeline is the elevation limit beyond which trees do not occur. In Denali this varies with location and other conditions such as whether the slope faces north or south, or prevailing wind patterns. In general, on the north side of the Alaska Range, few, if any trees grow above 1200m (3900 ft), and in most places the treeline is considerably lower than that. The primary tree species at treeline, white spruce (Picea glauca) is also the most common tree species in Denali. It appears to be becoming even more common, as many photo pairs showed the expansion of white spruce into previously treeless areas. This trend is especially prominent in the subalpine, and in areas with little or no permafrost such as river terraces and well-drained slopes. At the landscape scale, this means that over time, forest will cover a greater proportion of the park. The change from open vegetation to forest is a profound ecological event that will affect caribou, bears, wolves, and even the way people like you experience and use the park landscape.

It is interesting to remember that Denali was essentially treeless just a few thousand years ago. During the Pleistocene, when average temperatures were much lower than today, the boreal forest now so prominent occupied only a small part of central Alaska’s landscapes. As the glaciers receded and the climate became warmer and wetter, white spruce and other boreal forest plants crowded out the tundra, meadows and steppe that likely dominated during the Pleistocene. As you browse the photo pairs, consider this question: how is the current transformation similar to and different from the changes that occurred following the Pleistocene? 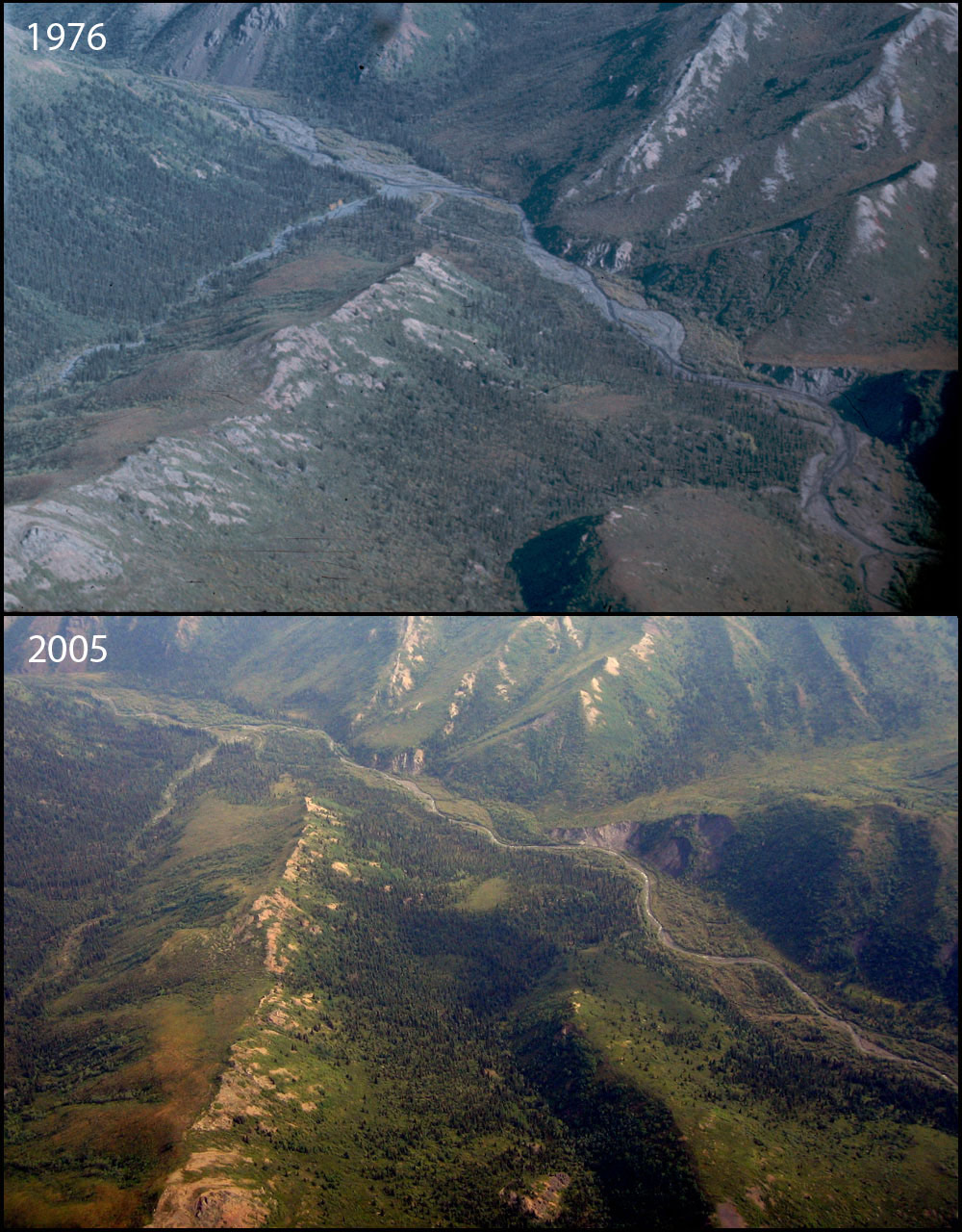 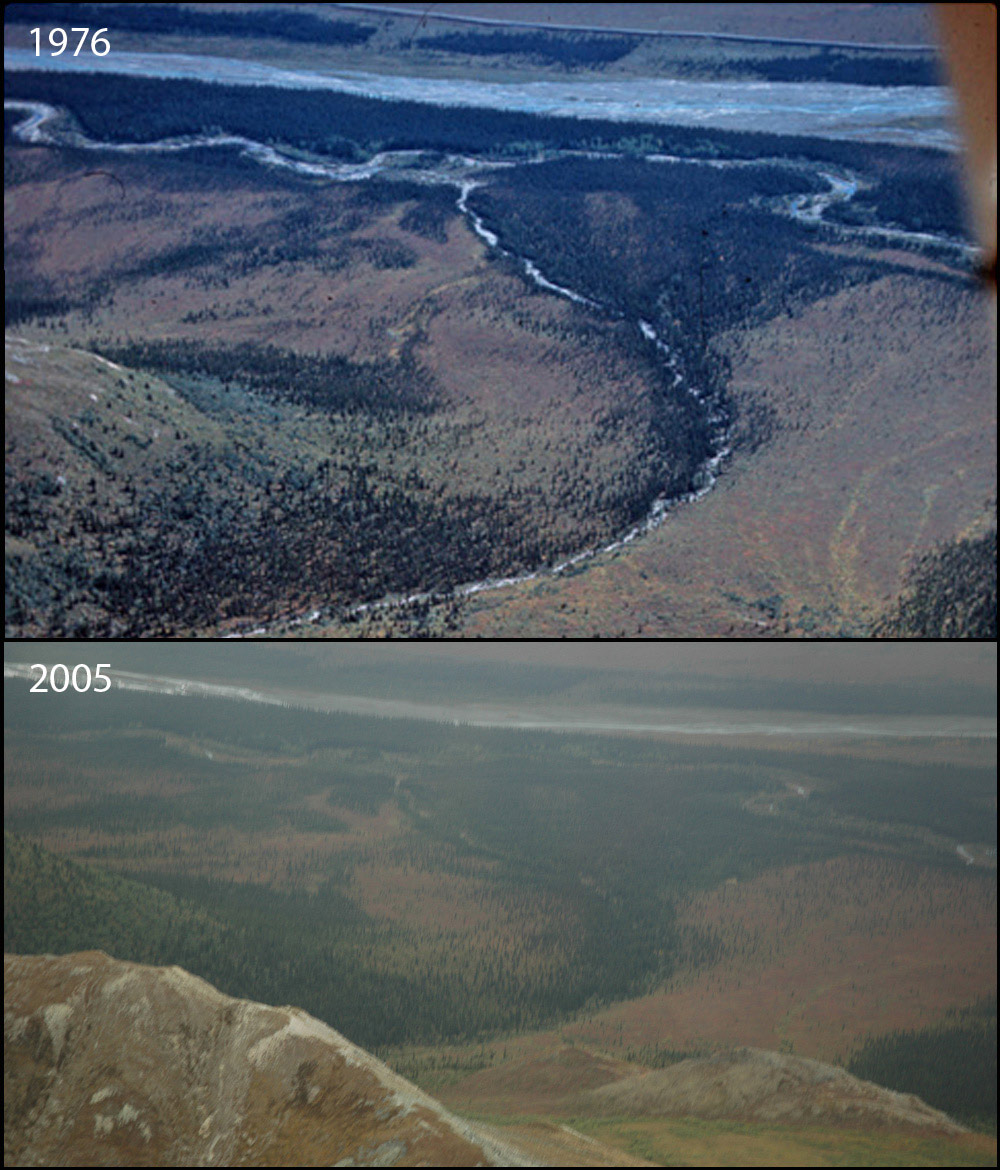 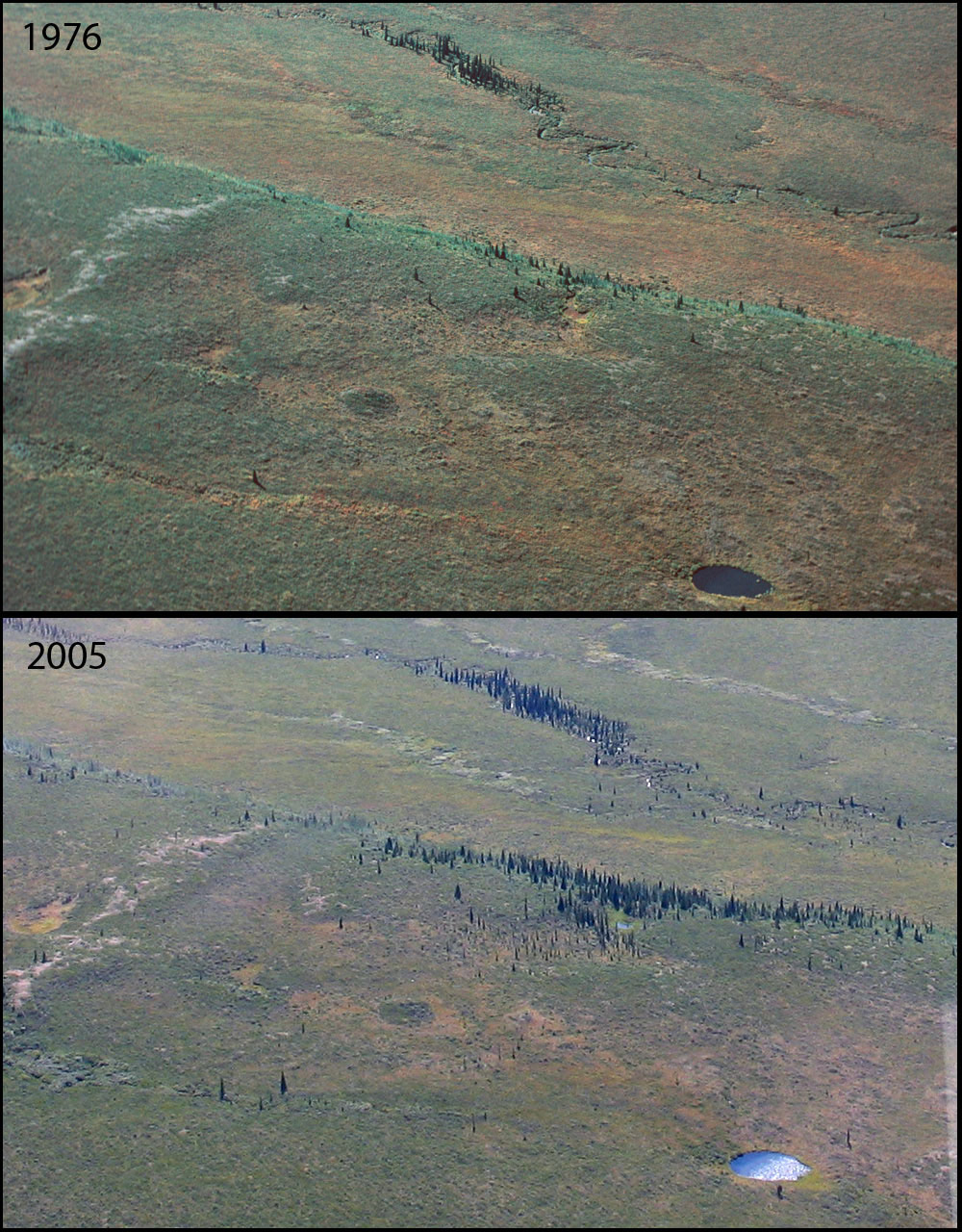 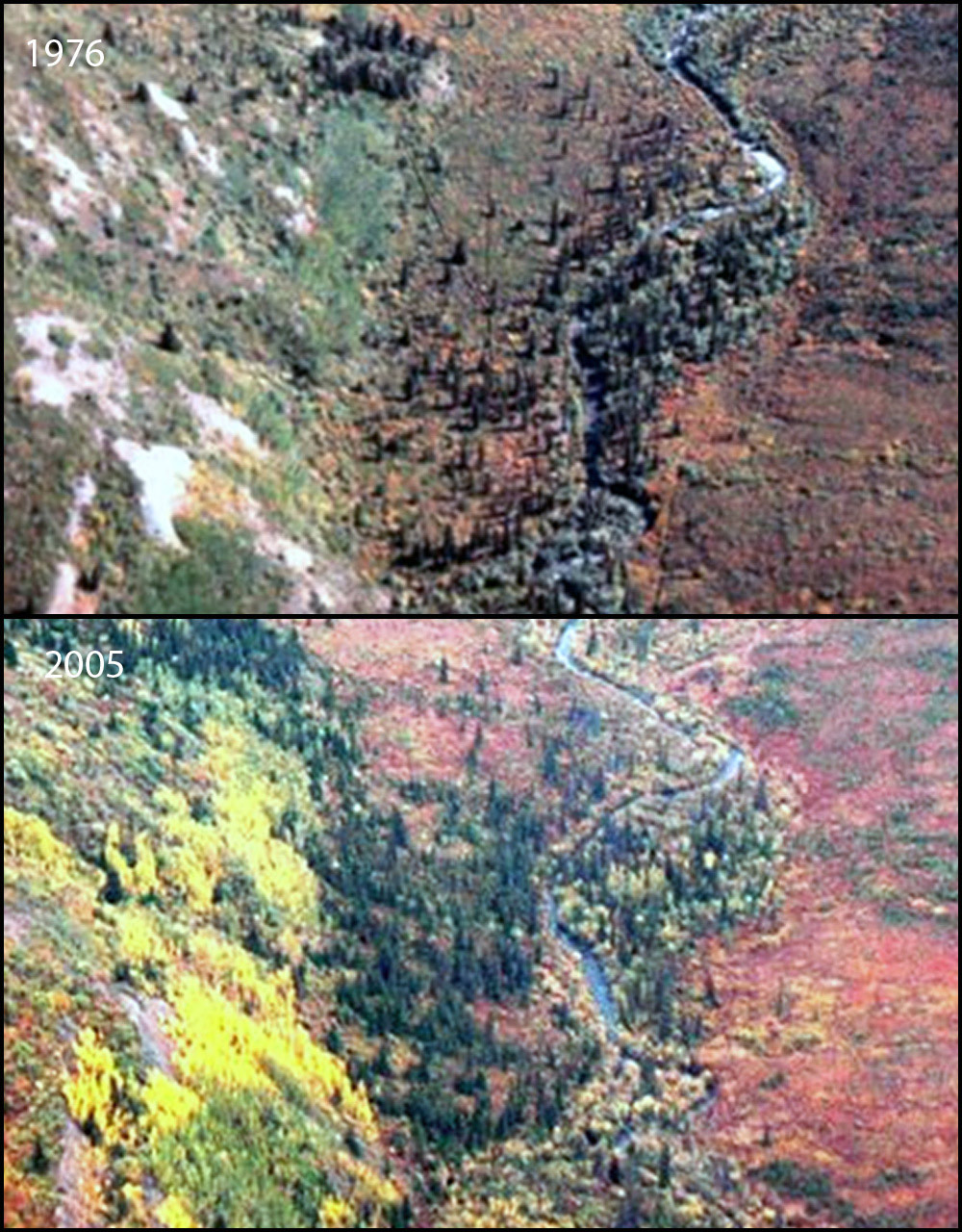 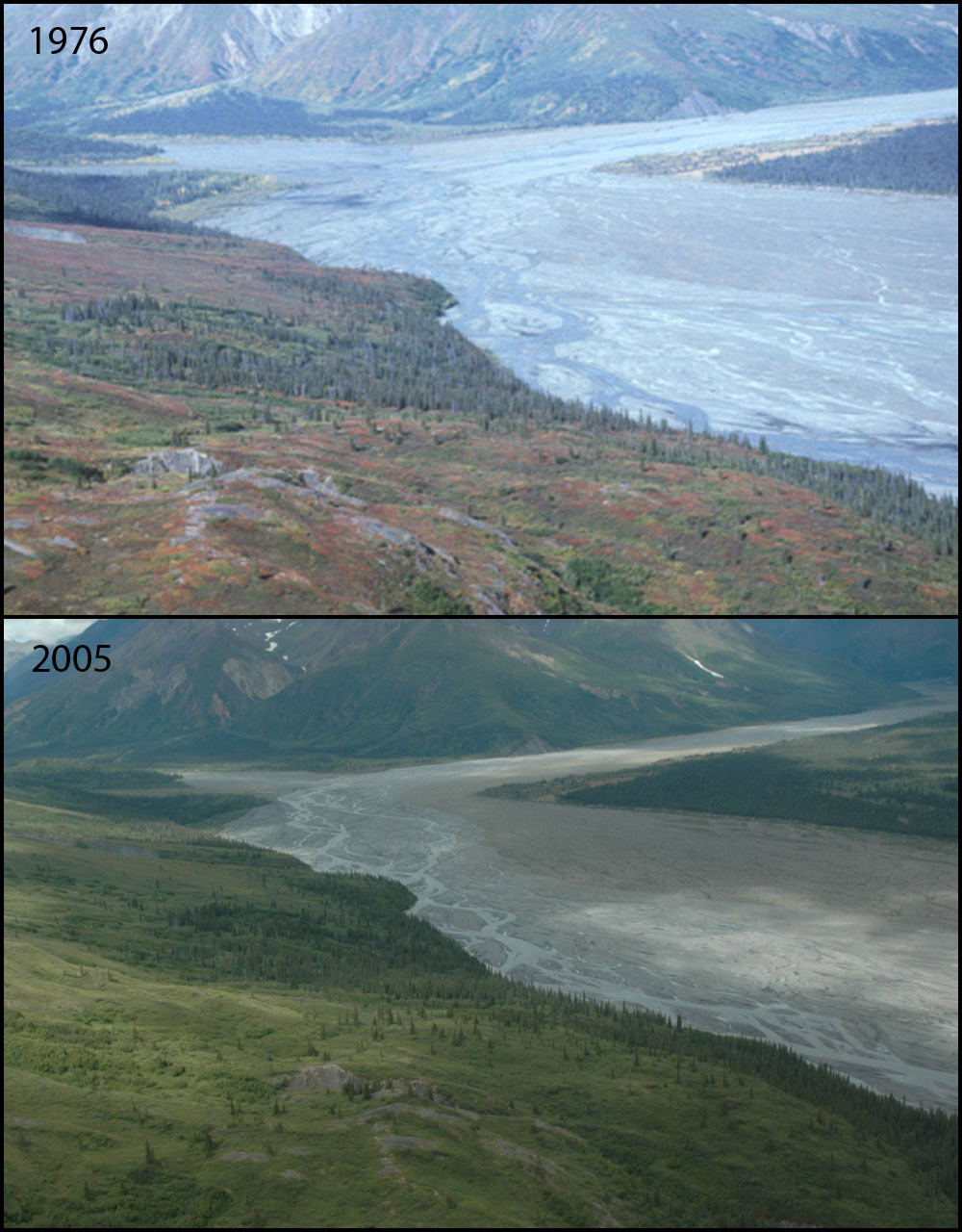 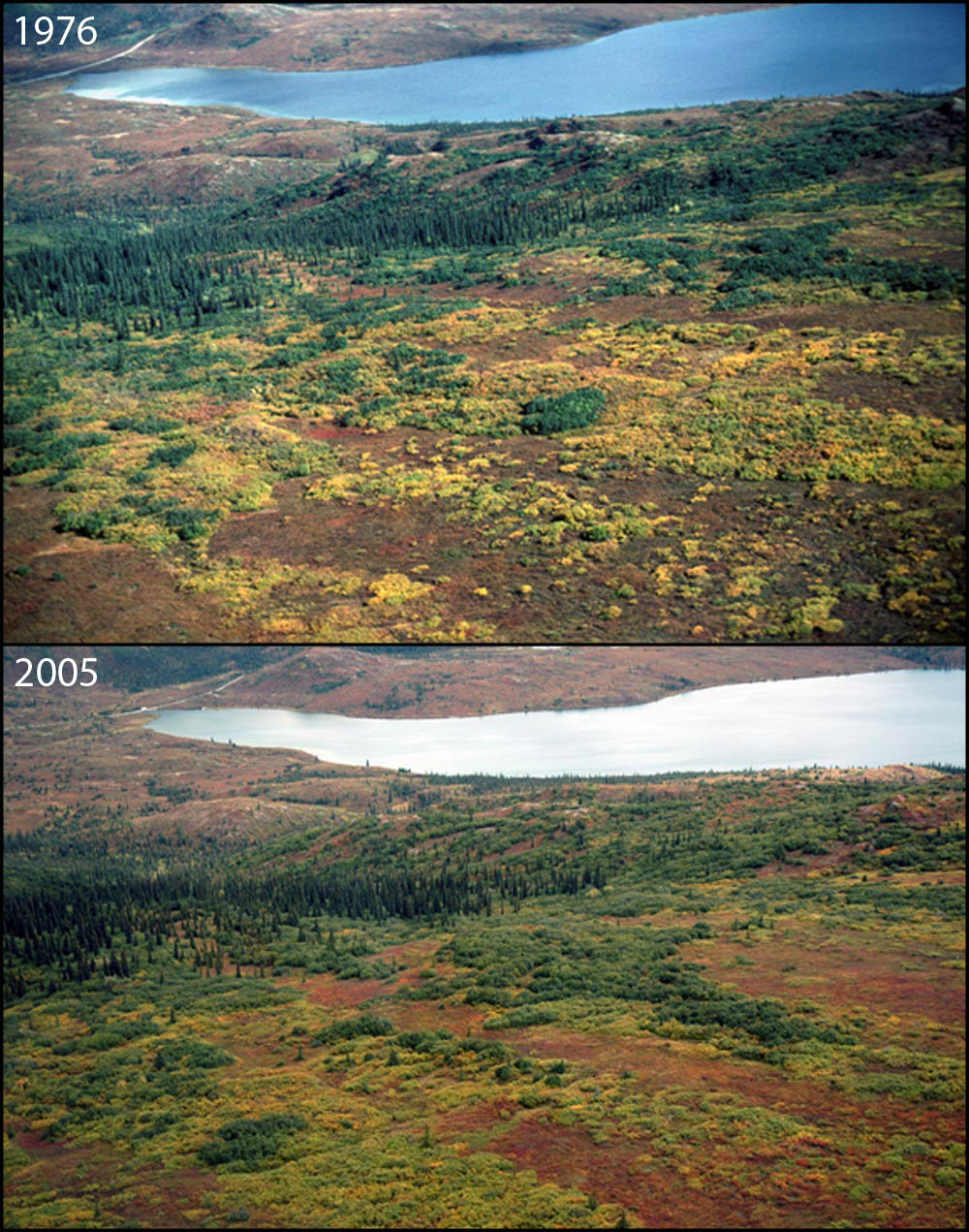 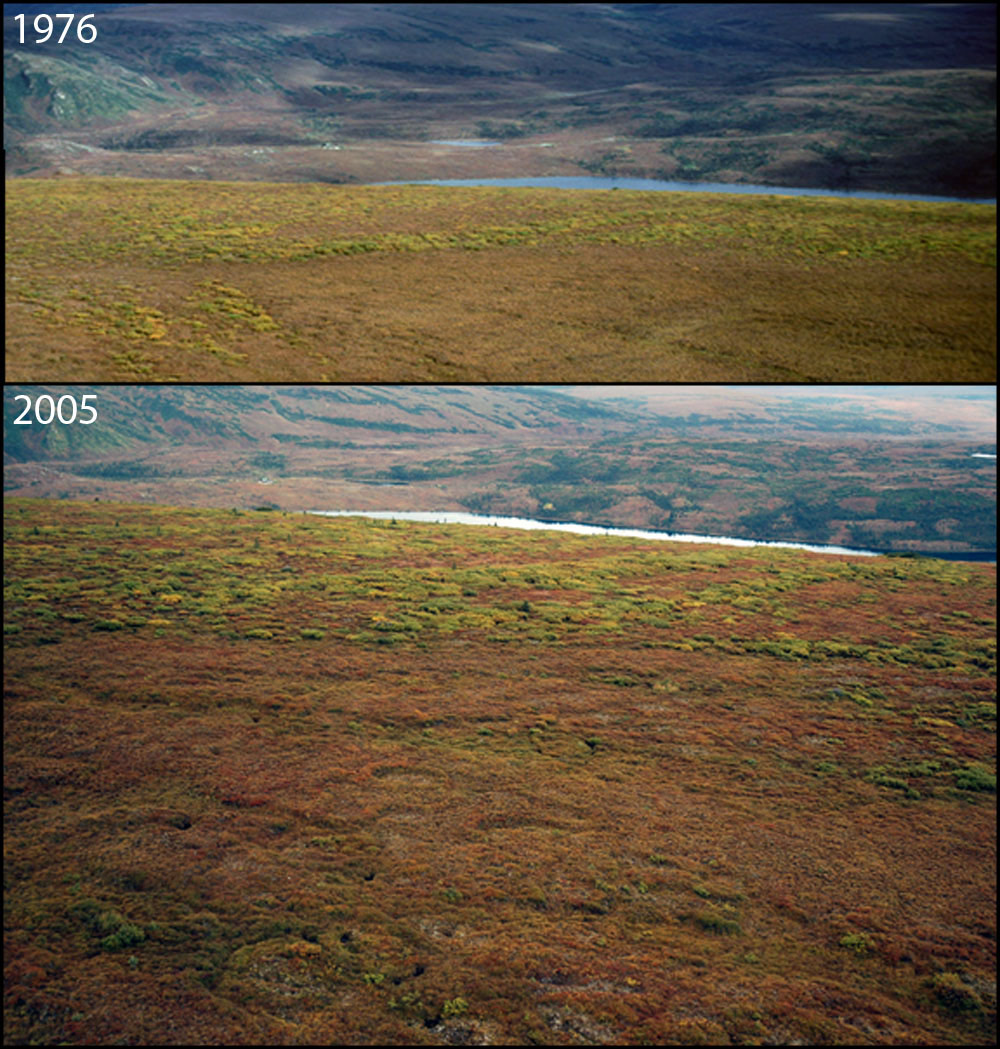 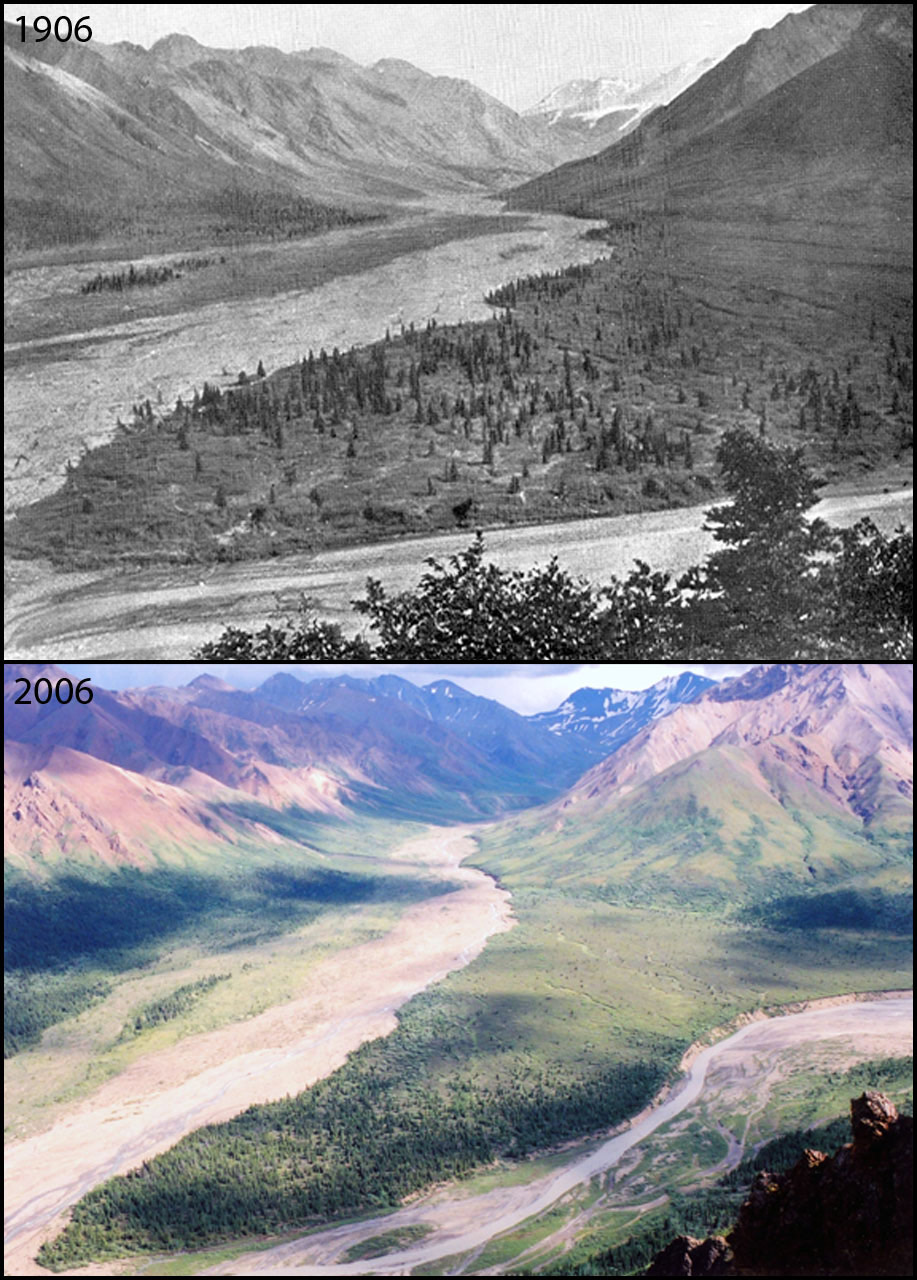 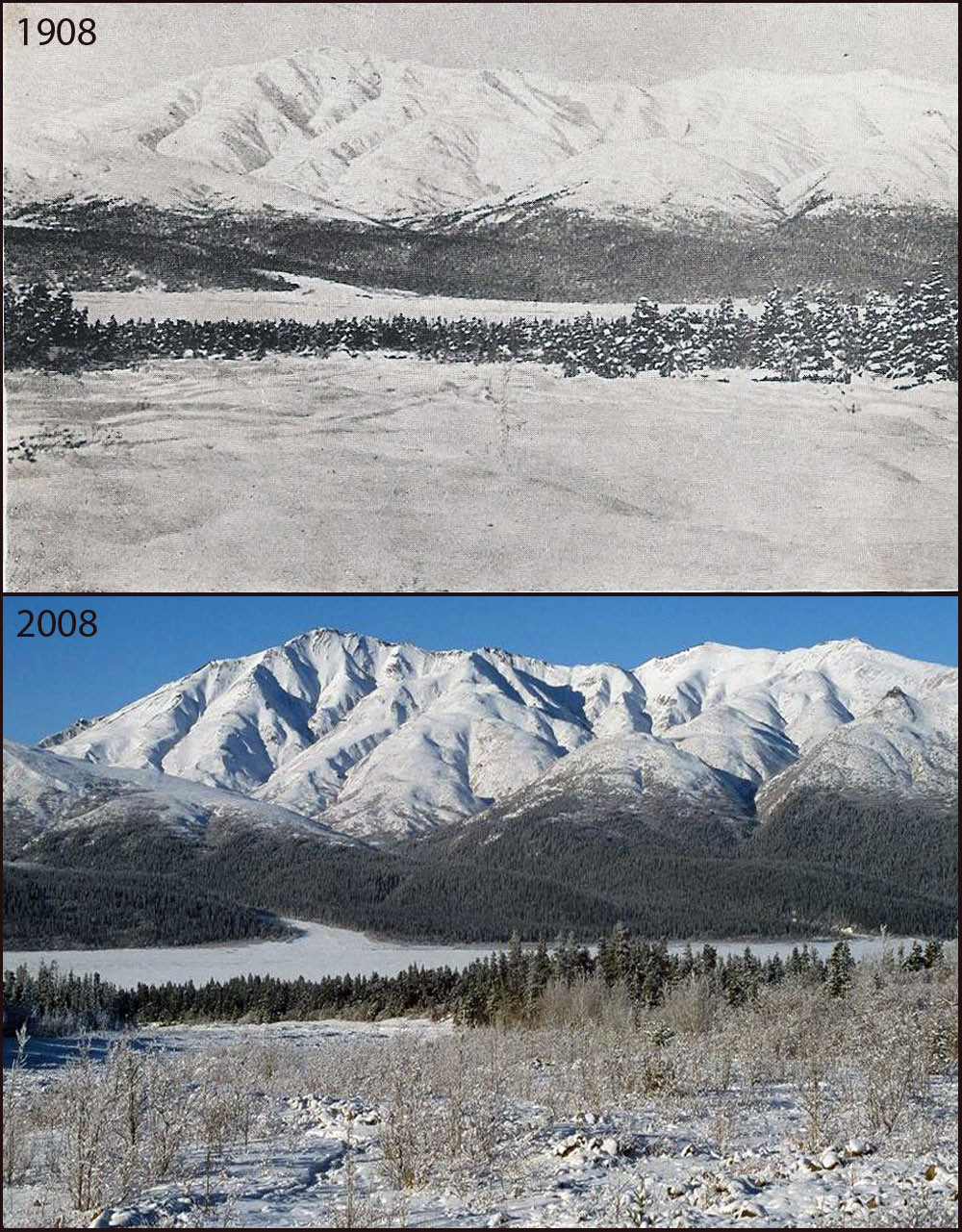 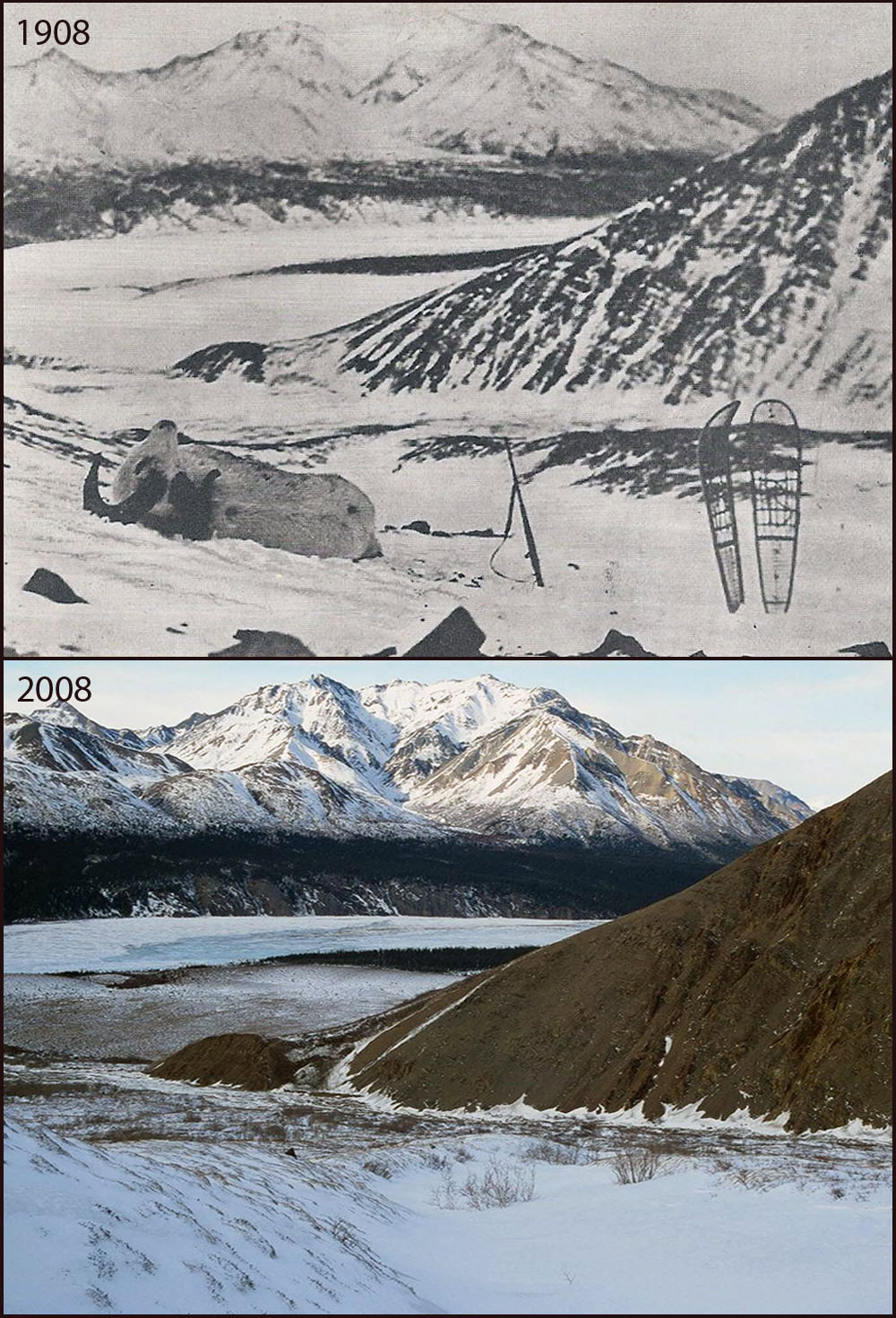