Many repeated images of glaciers in Denali reveal a consistent theme: shrinking and retreat of glacial ice and permanent snow fields over time periods from a few to many decades. Indeed, glaciers and permanent icefields are in retreat around the world, from the Alps to the Himalayas, and Denali is unfortunately no exception. The process of water that has been locked up in glacial ice (sometimes for millennia) melting and flowing toward the sea is a major contributor to the rising sea levels that are threatening coastal areas worldwide. Ultimately this simple but relentless process may be one of the consequences of global warming that is the most destructive to human society and infrastructure.

While viewing these striking images of Denali’s glaciers in transition, keep in mind that these are but small reflections of a global phenomenon with potentially catastrophic consequences. 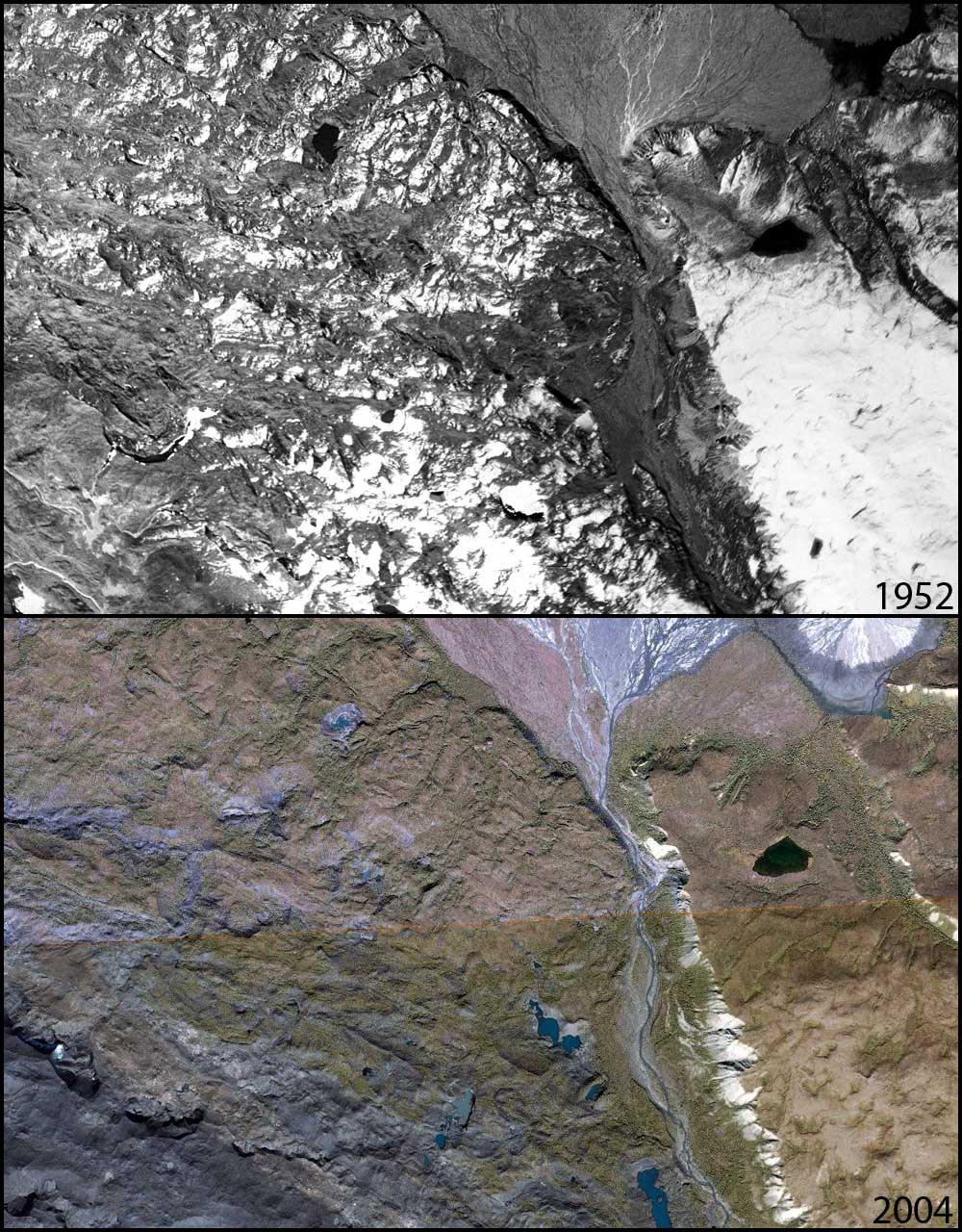 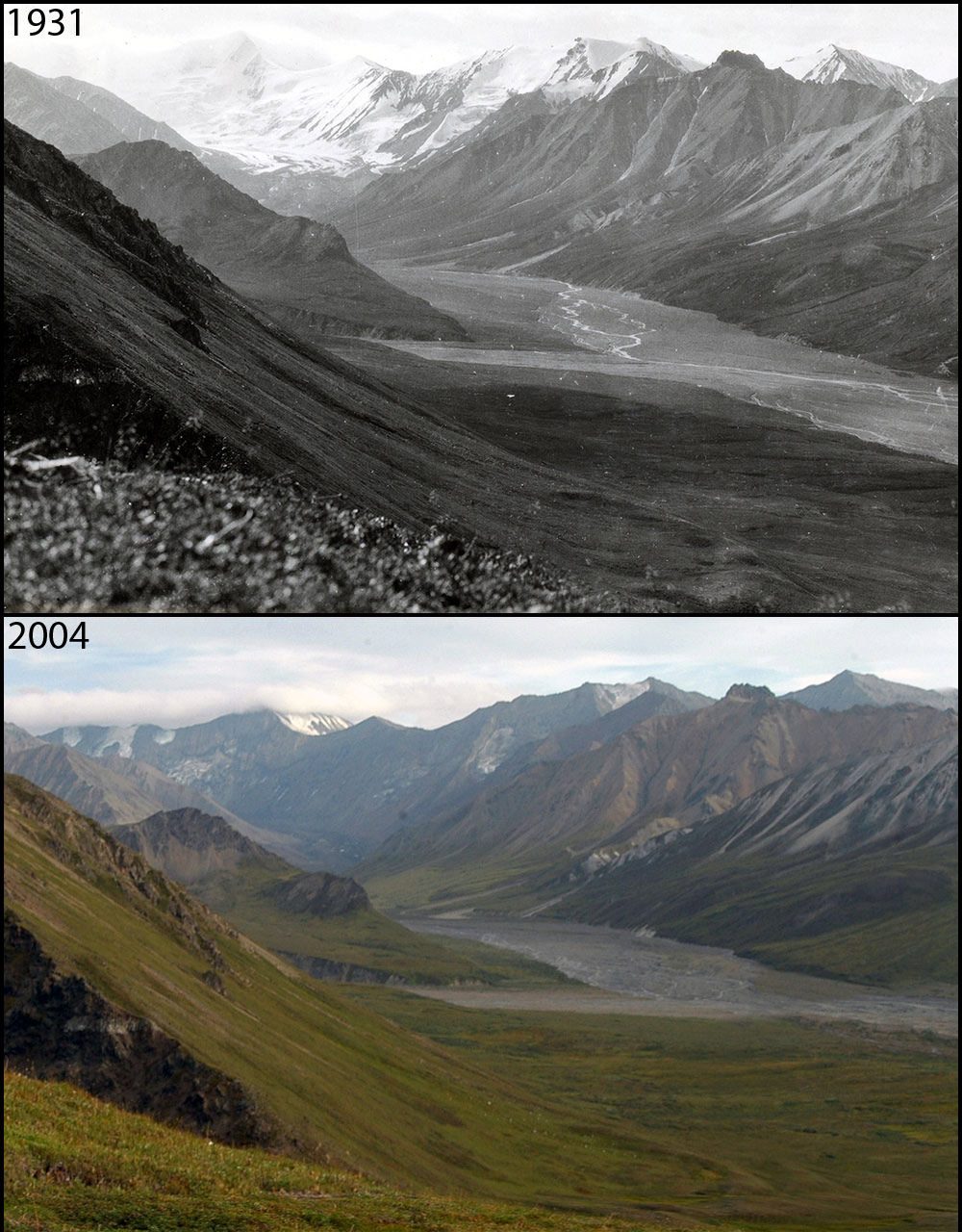 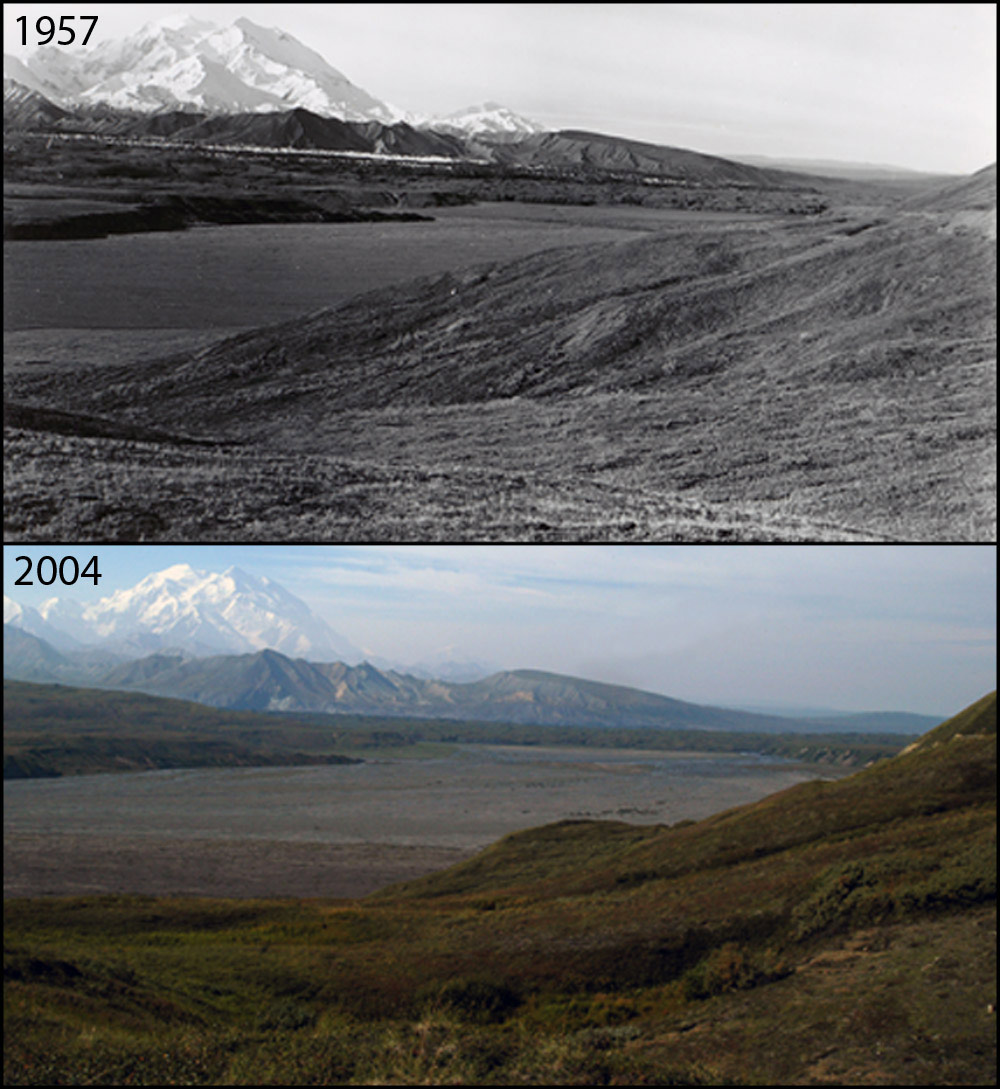 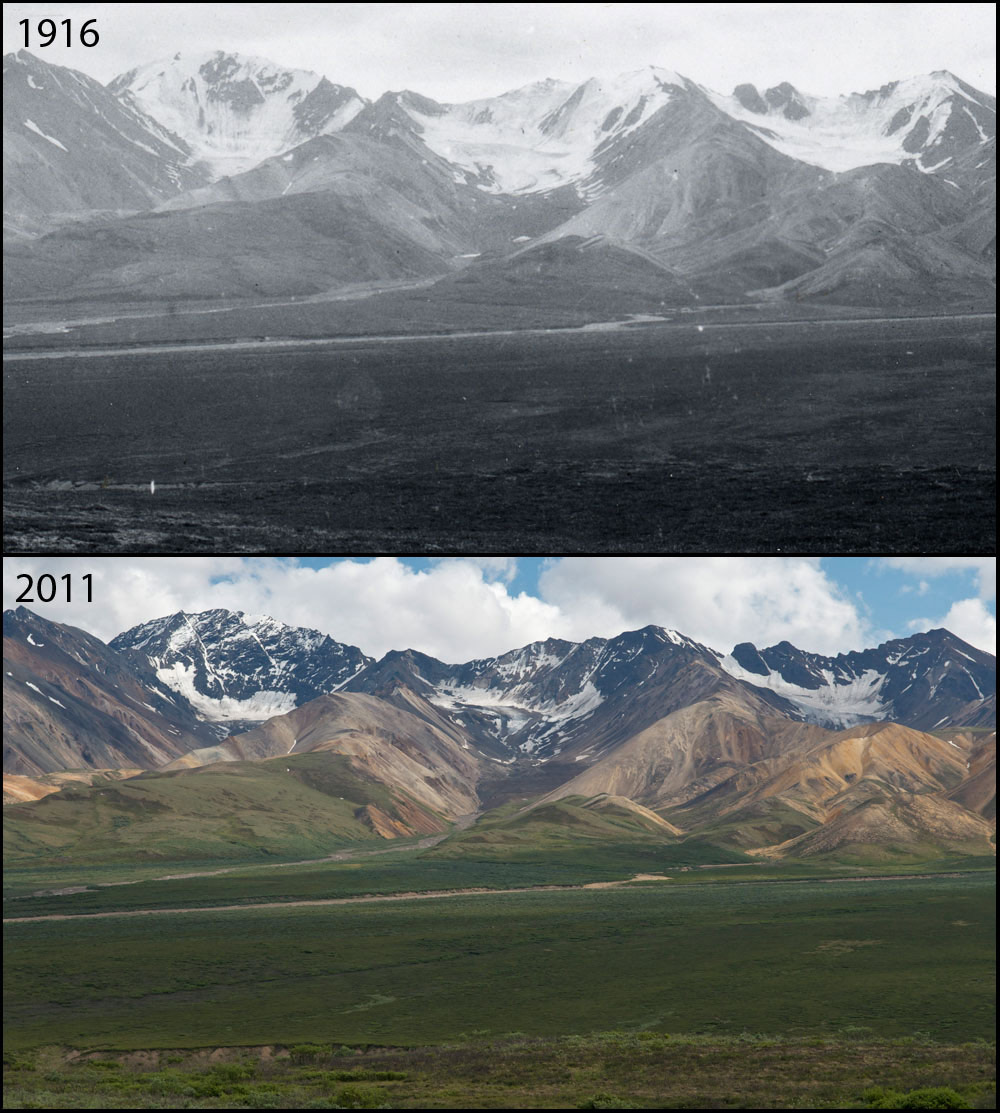 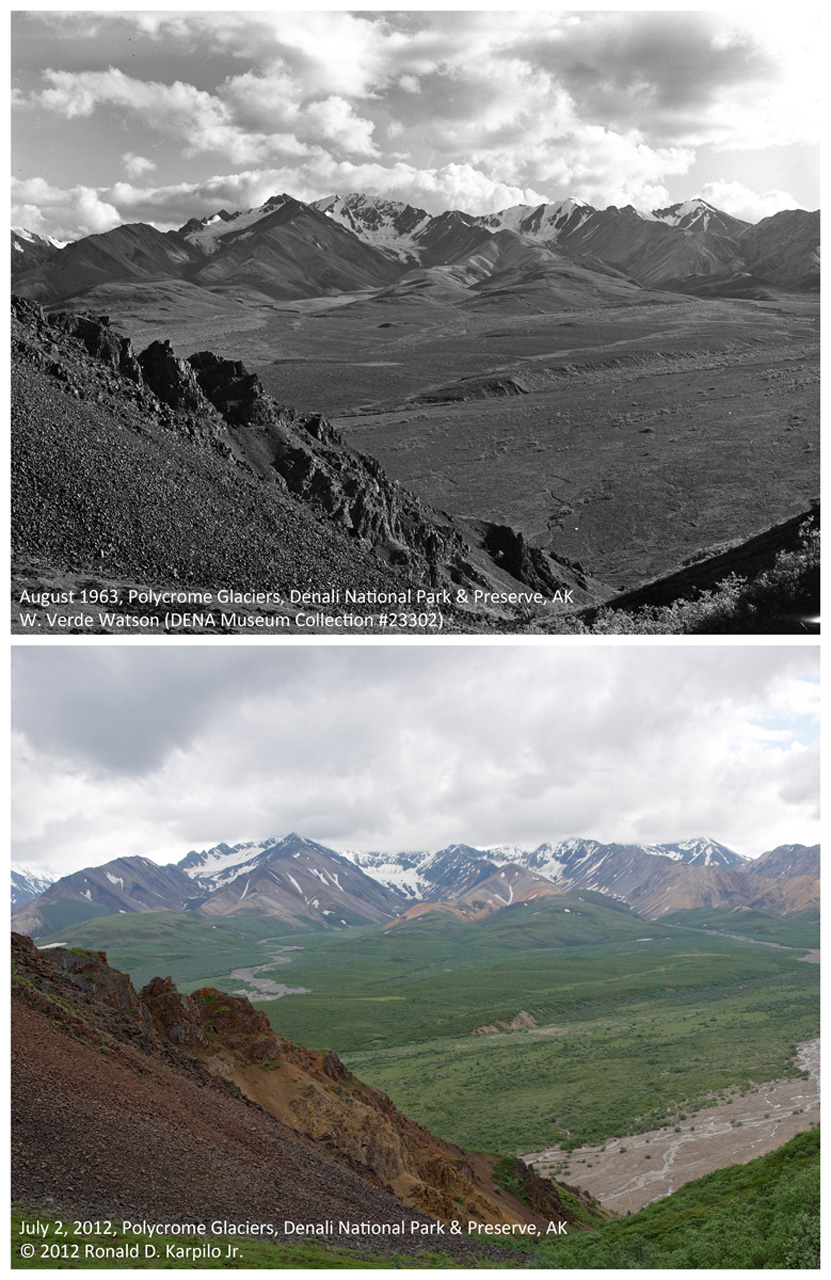 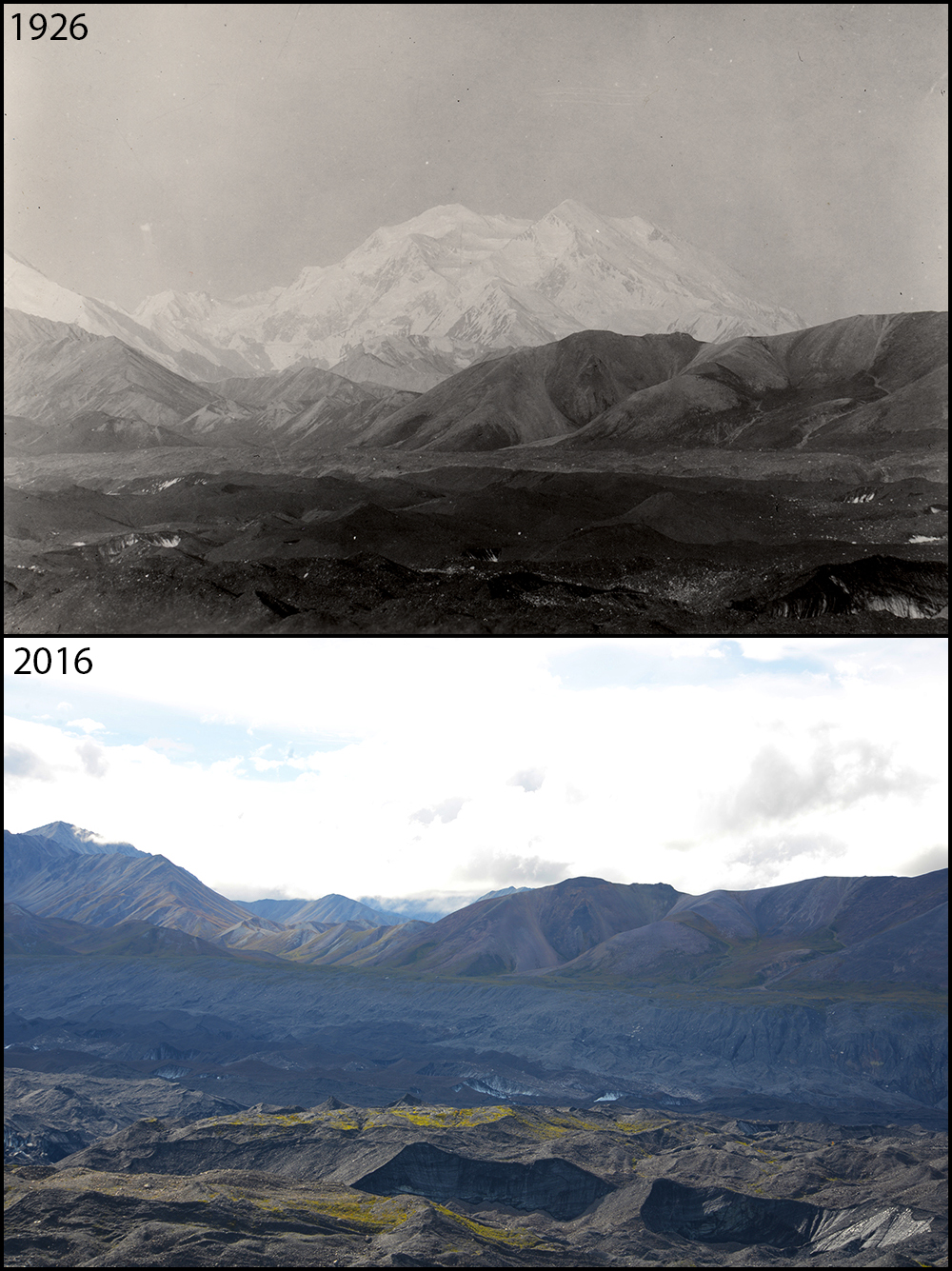 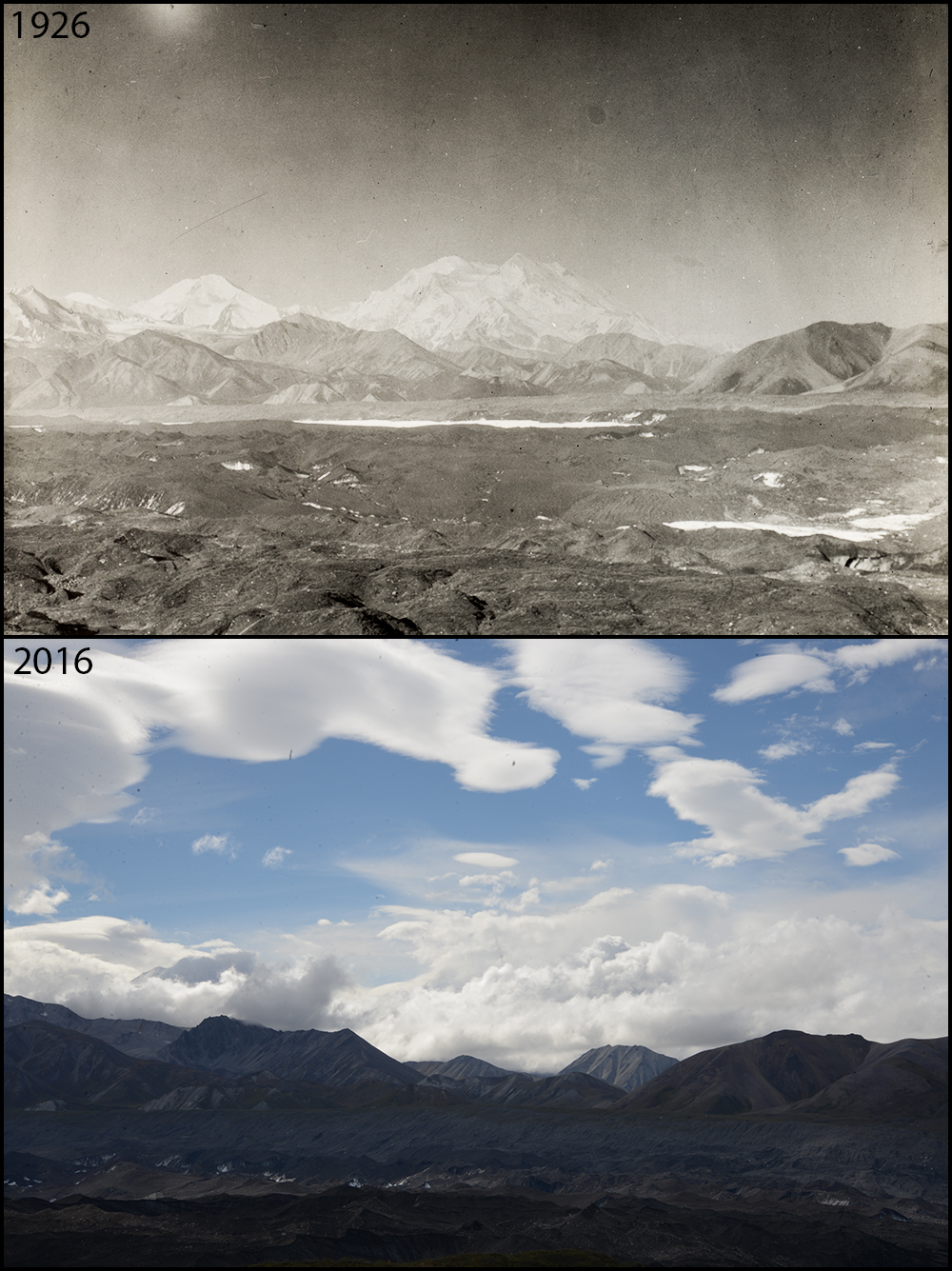 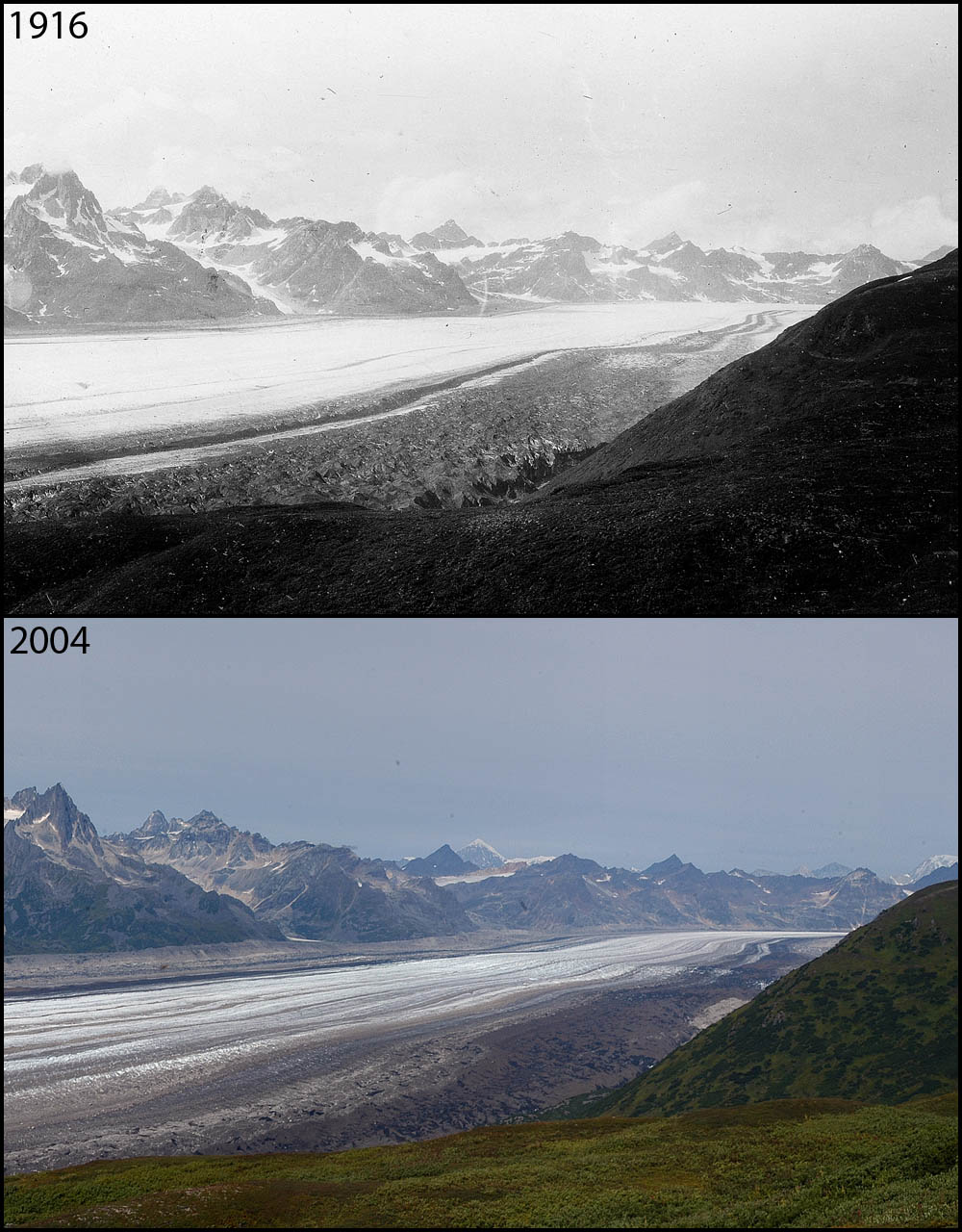 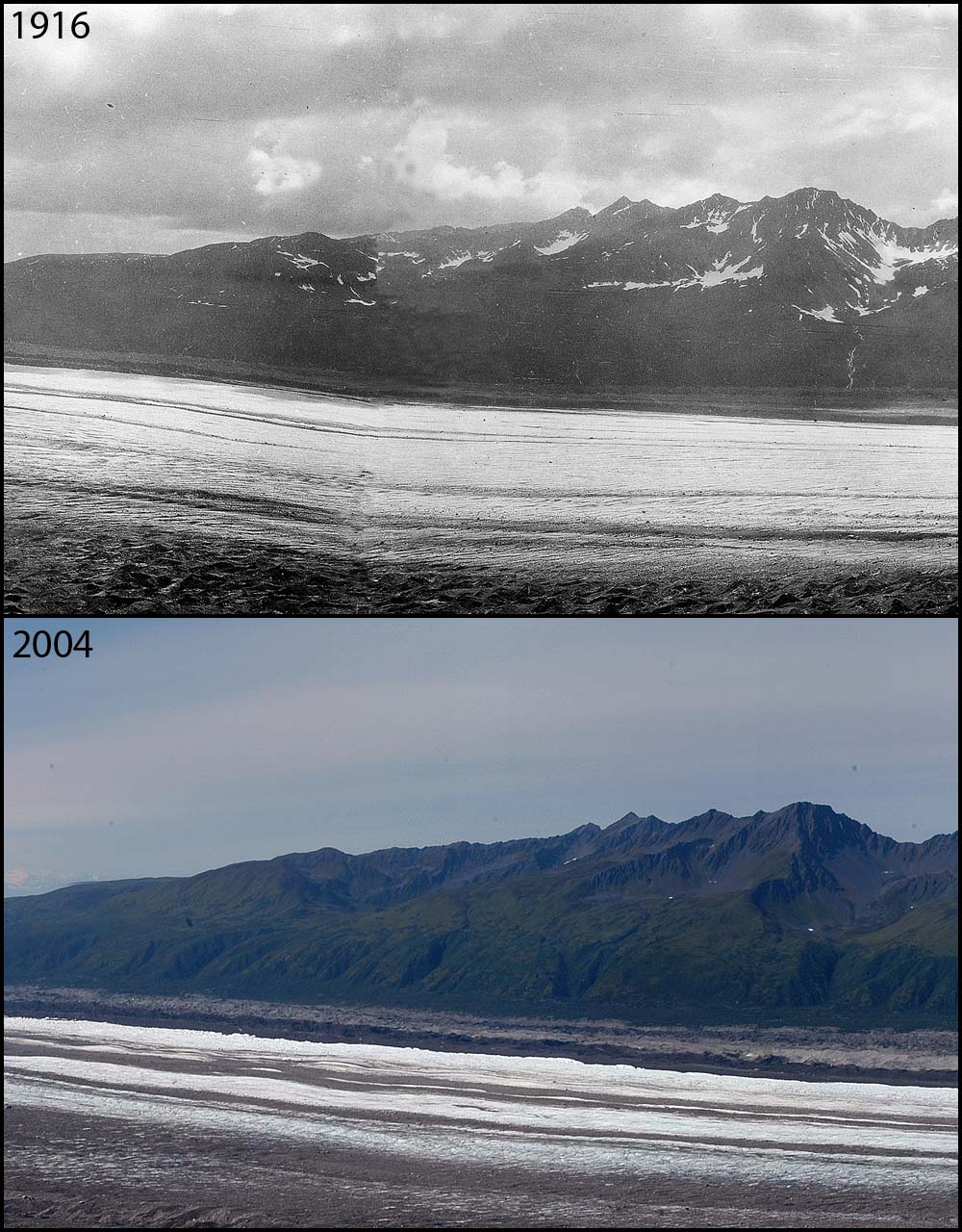 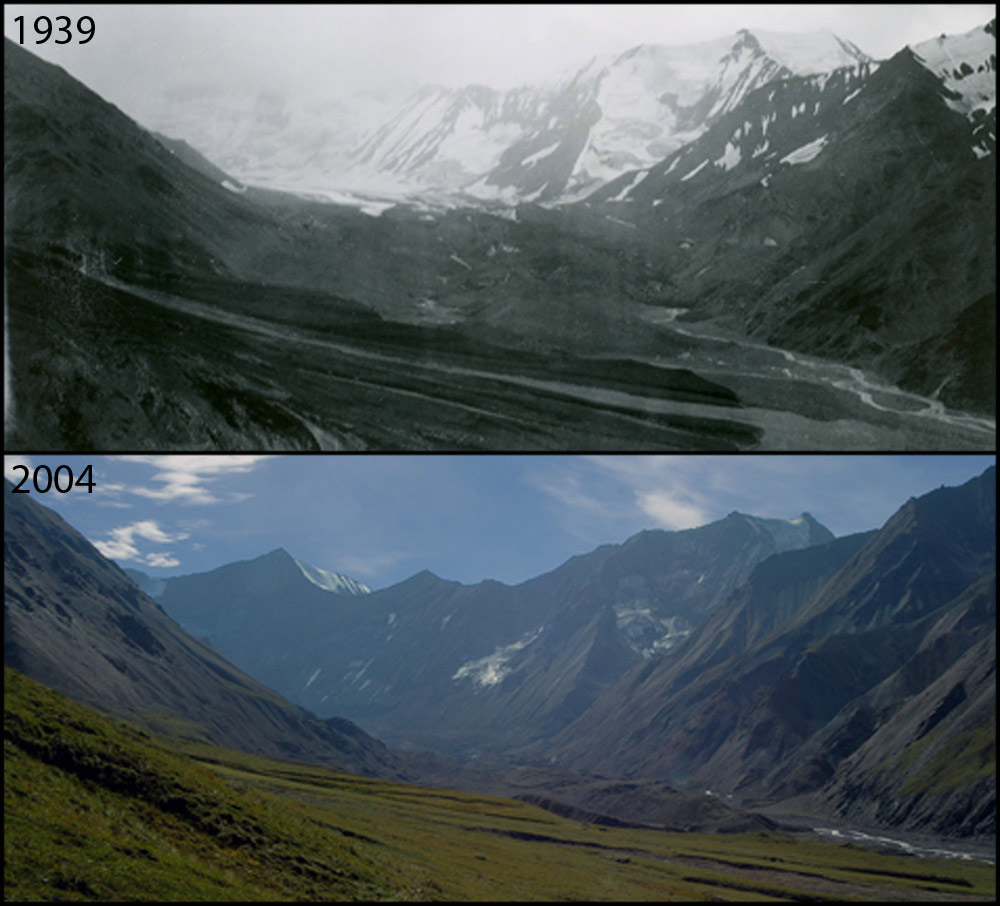 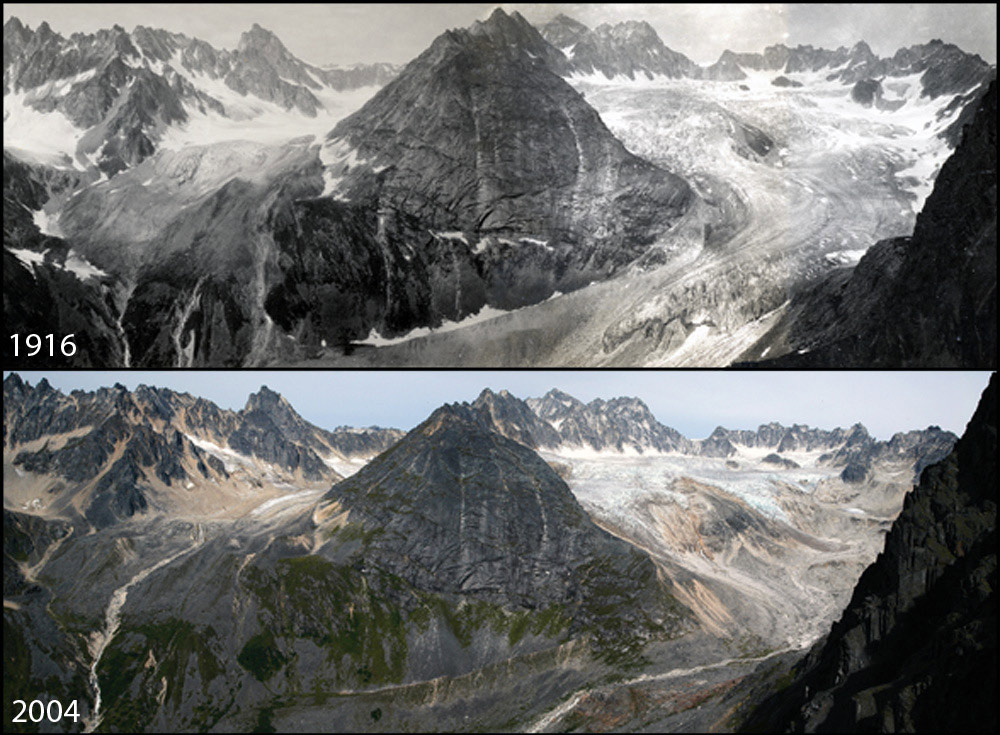 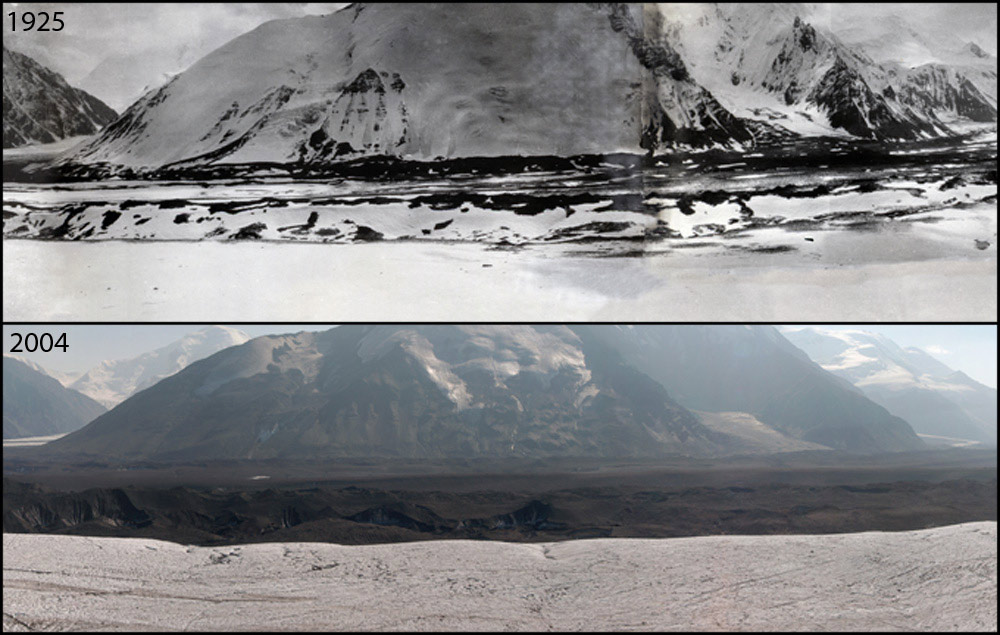 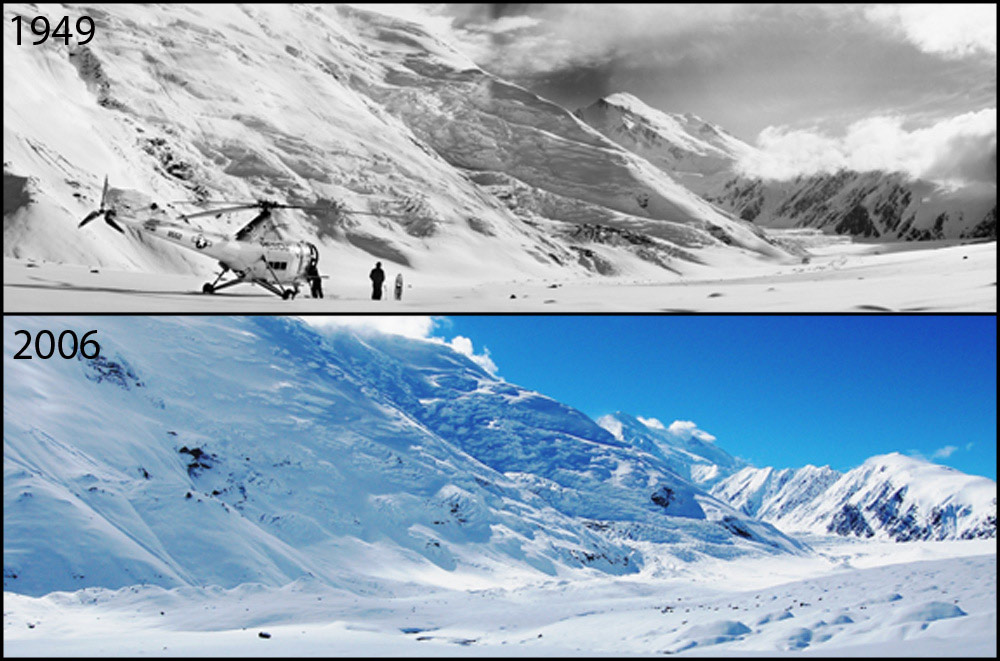 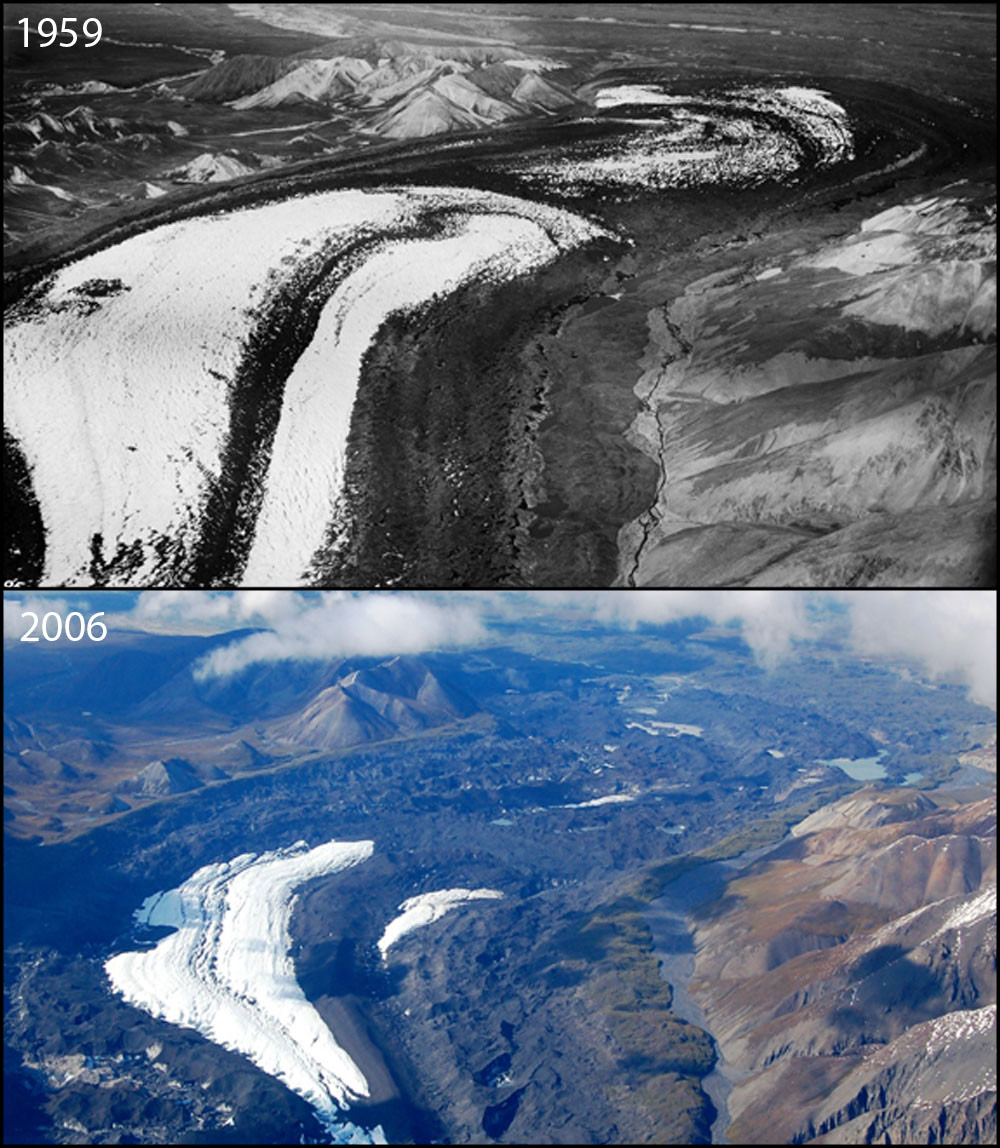 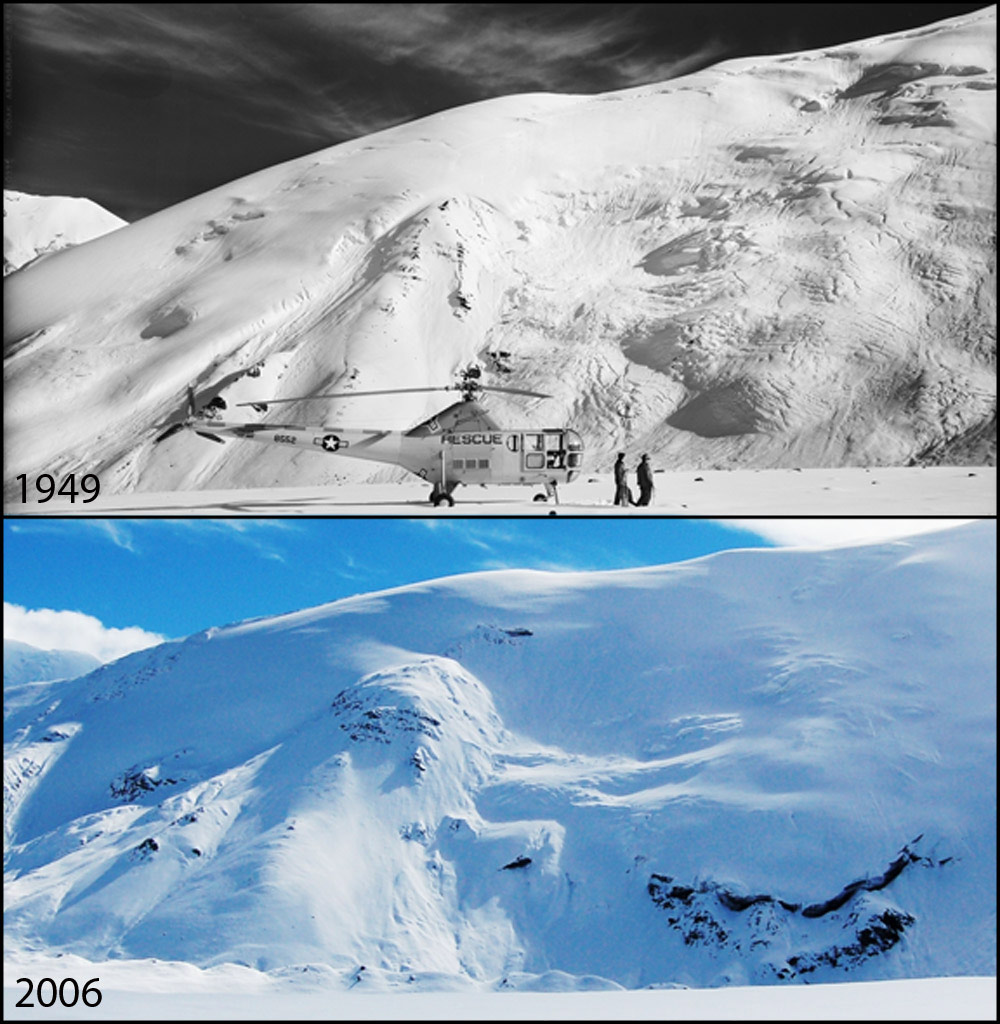 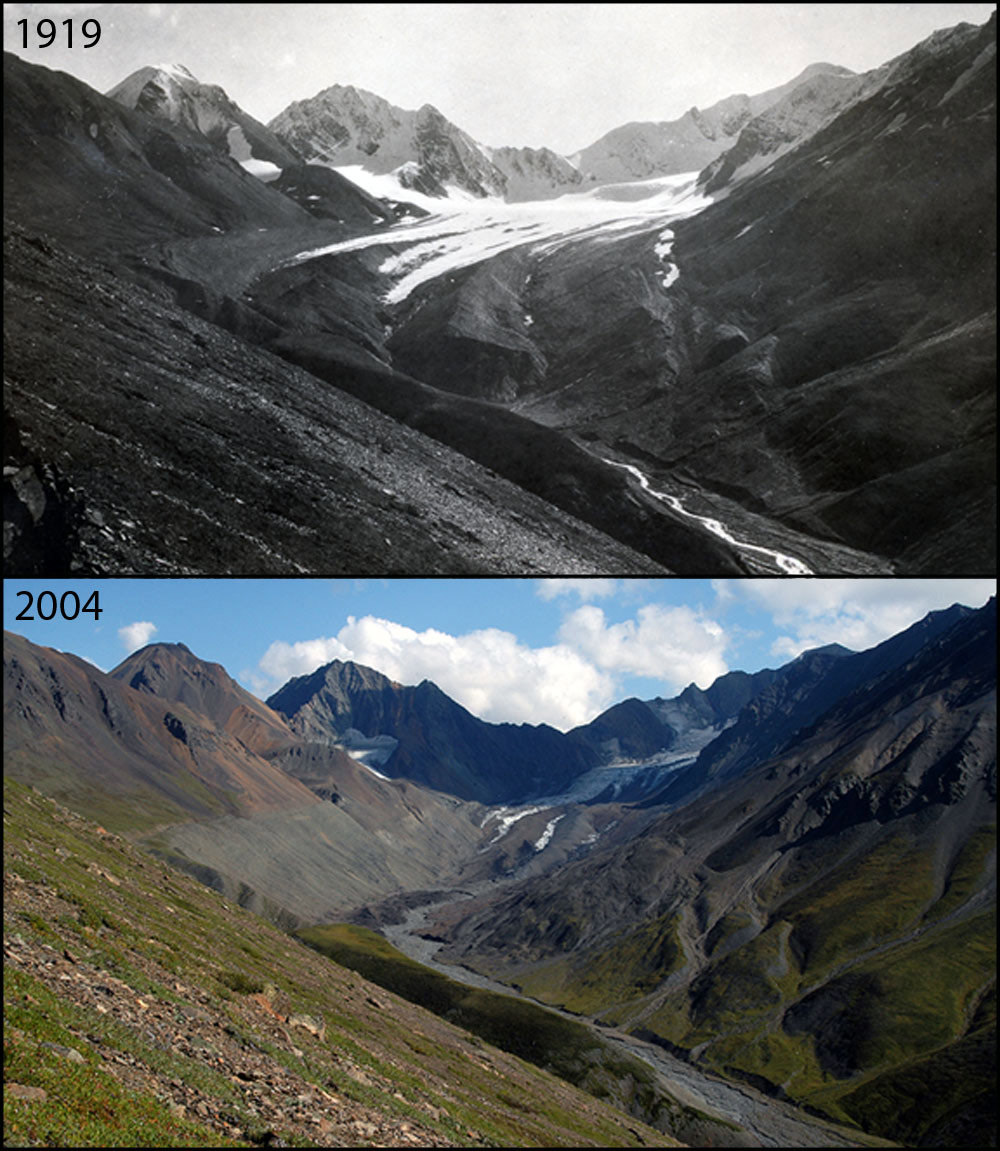 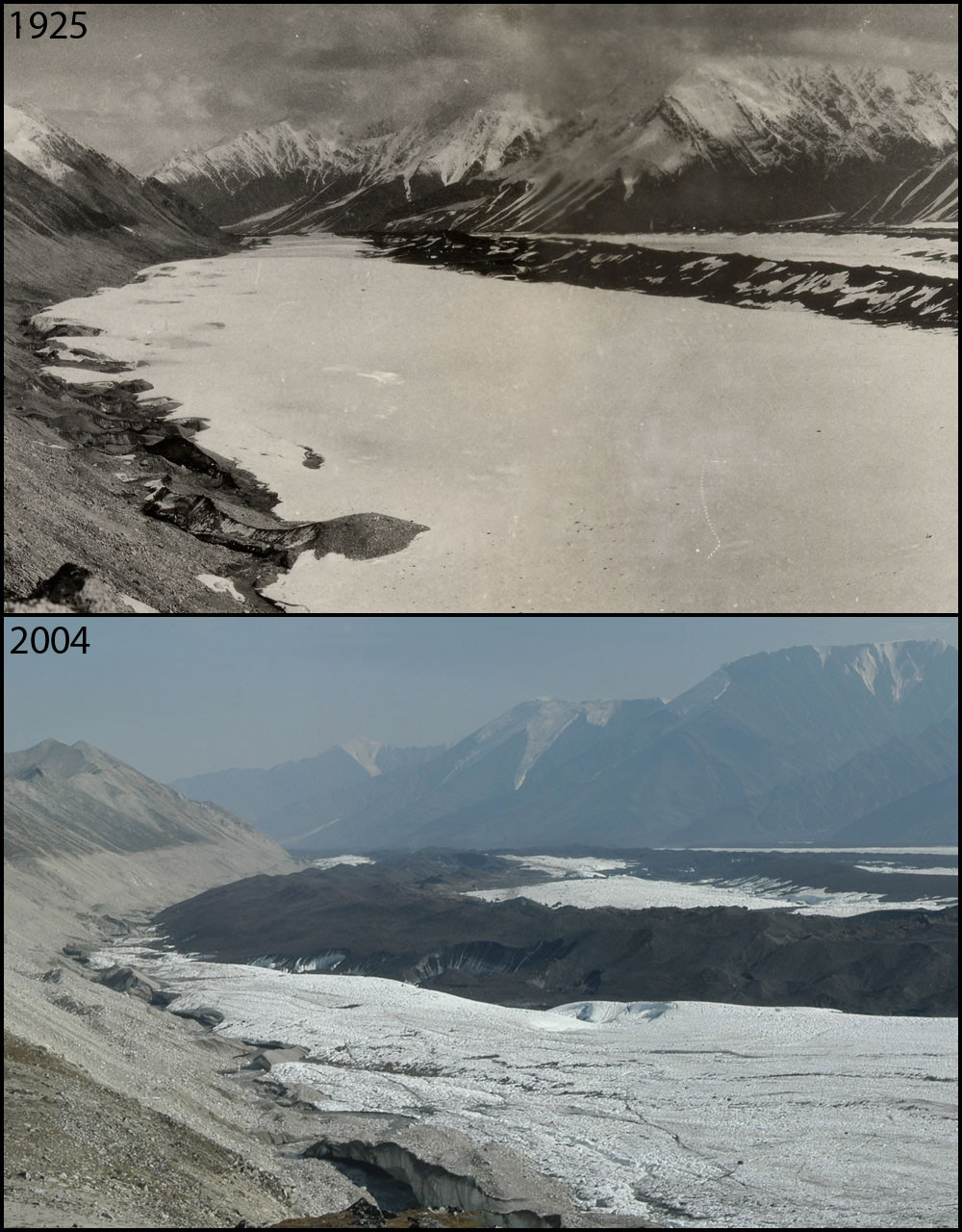 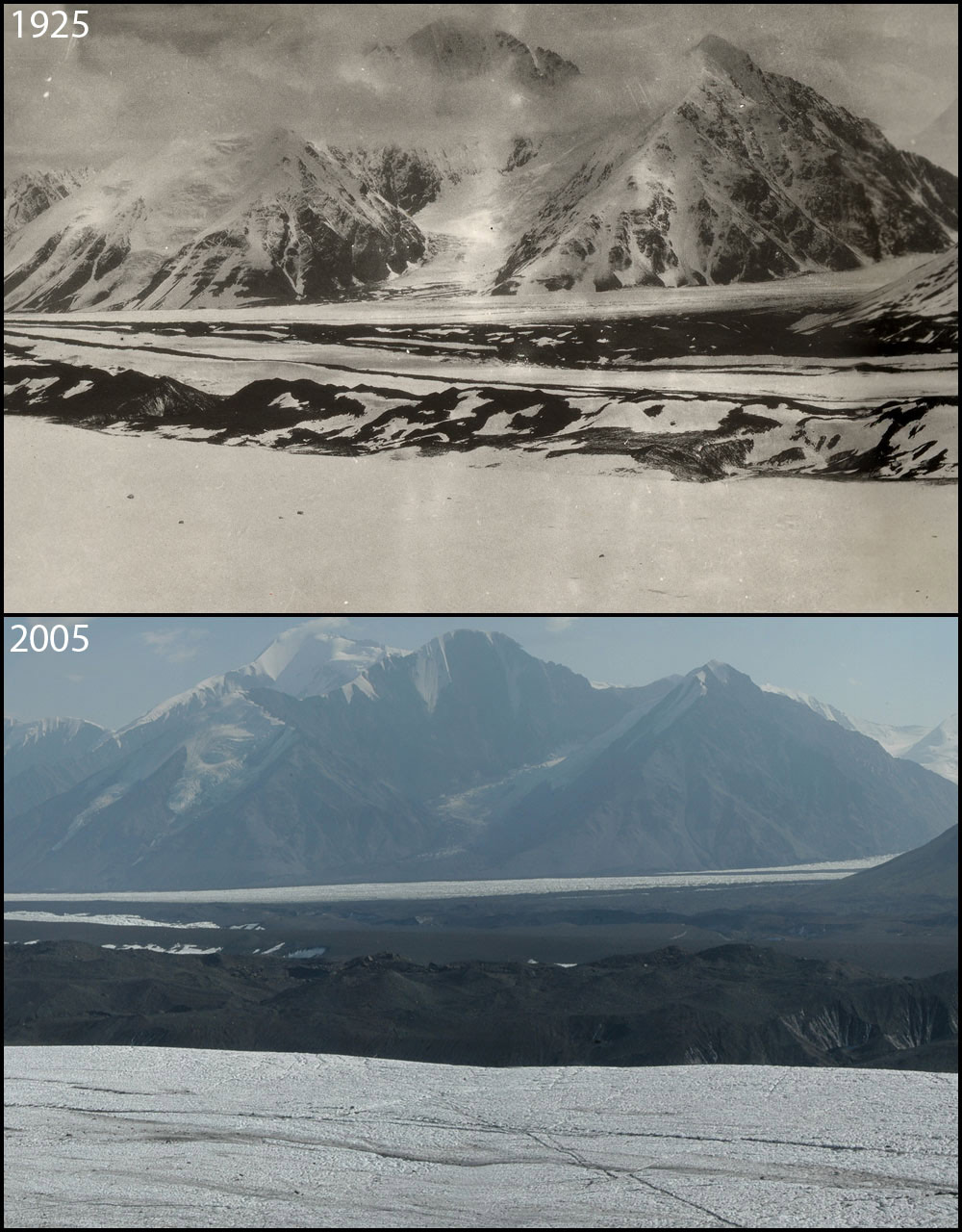 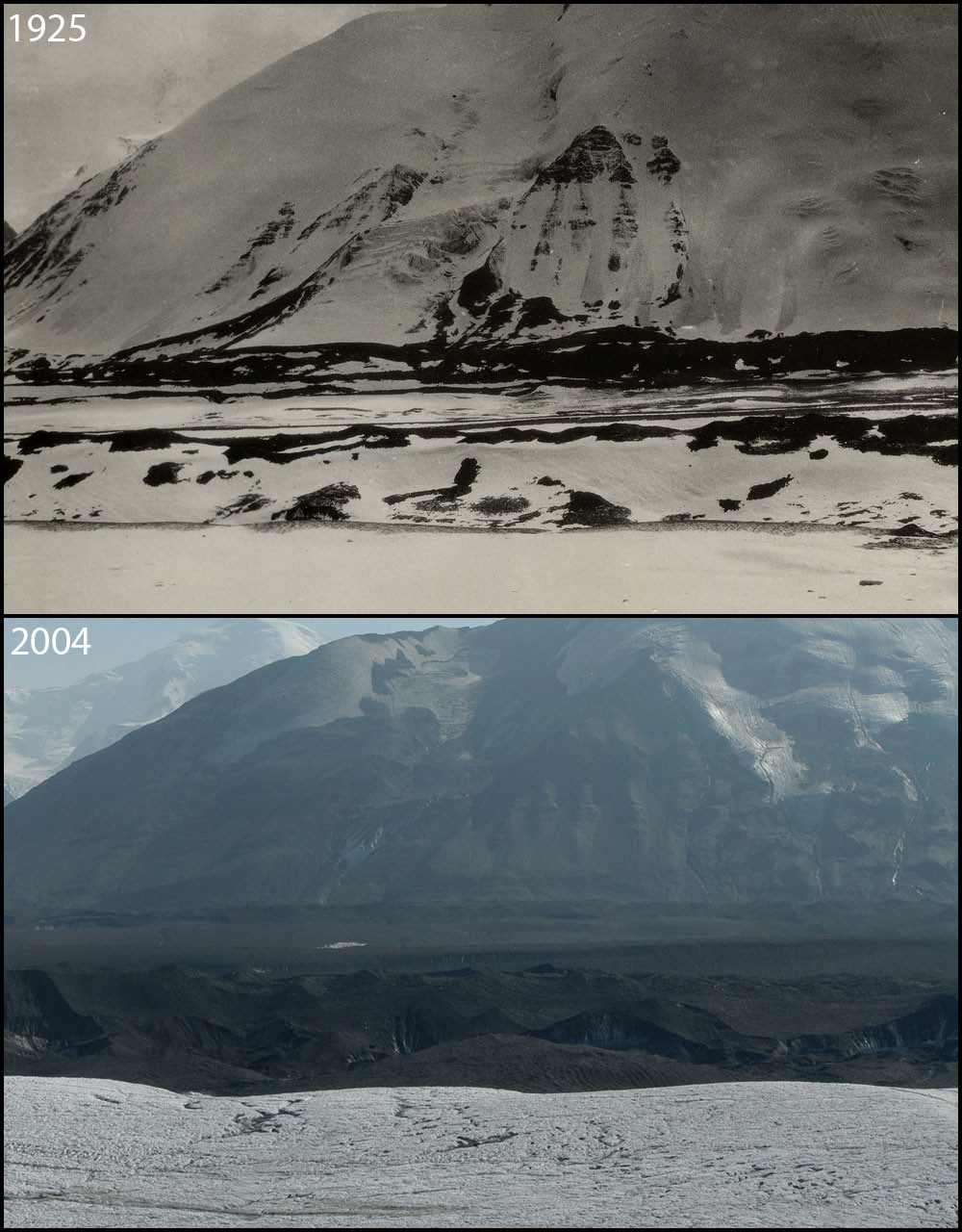 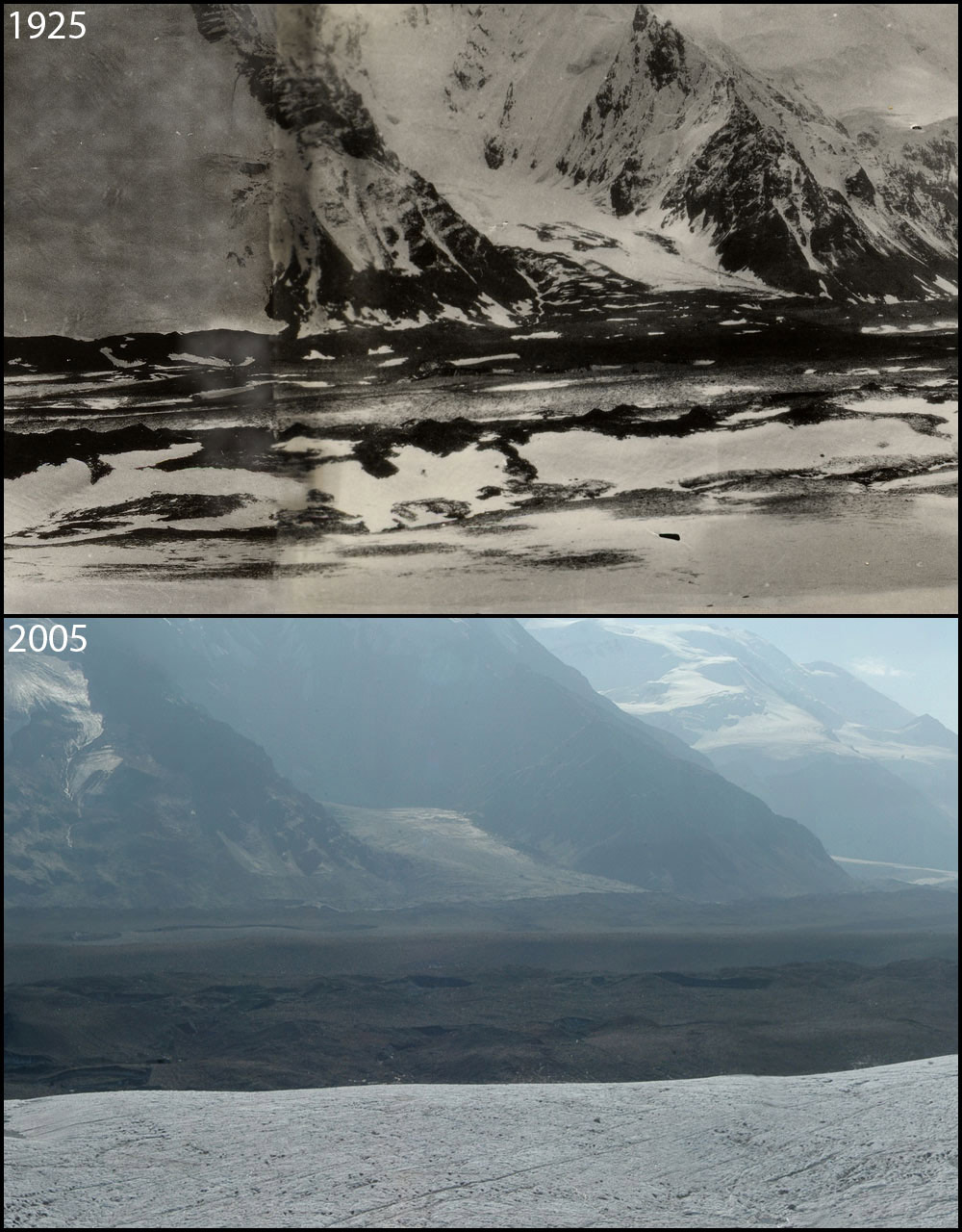 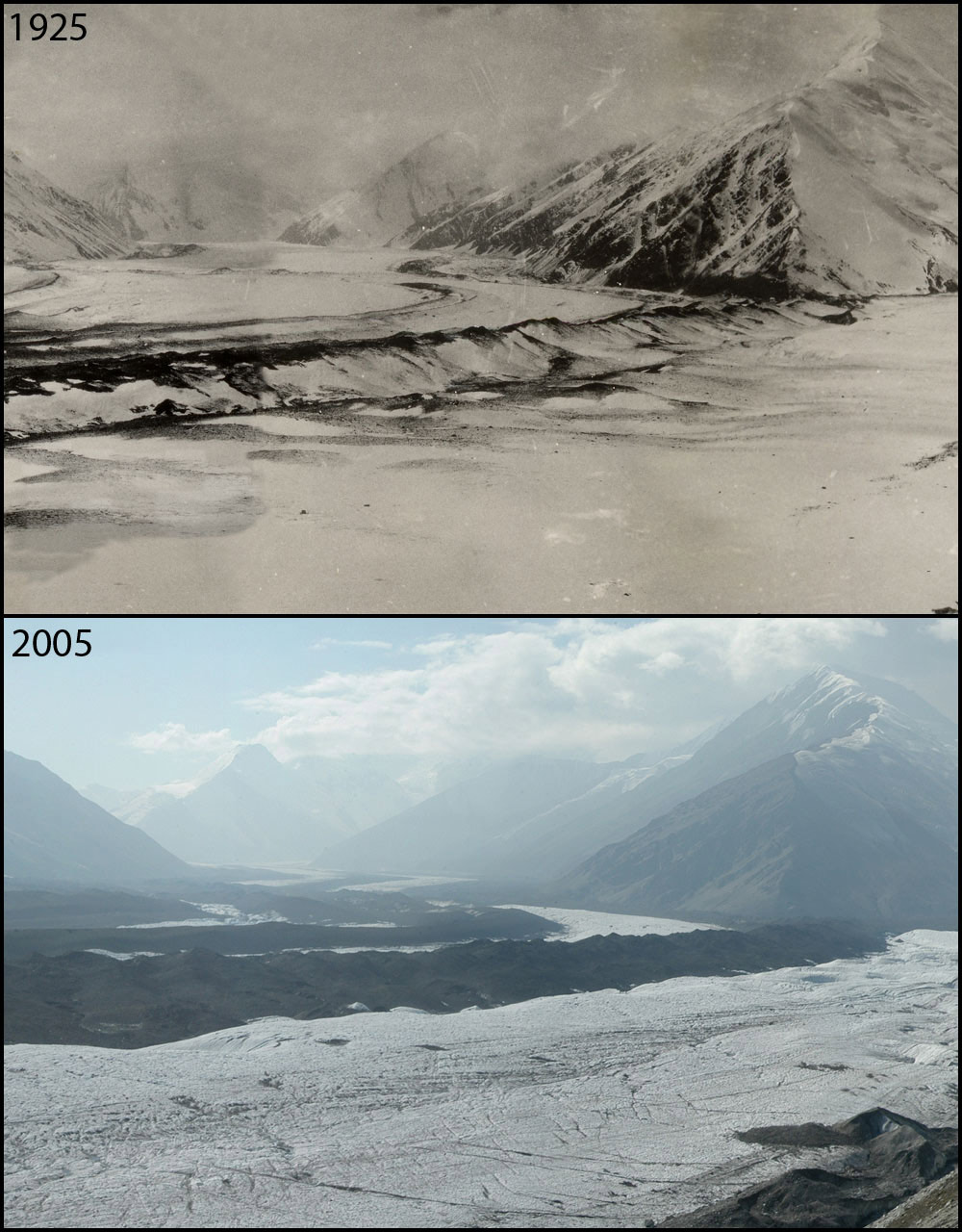 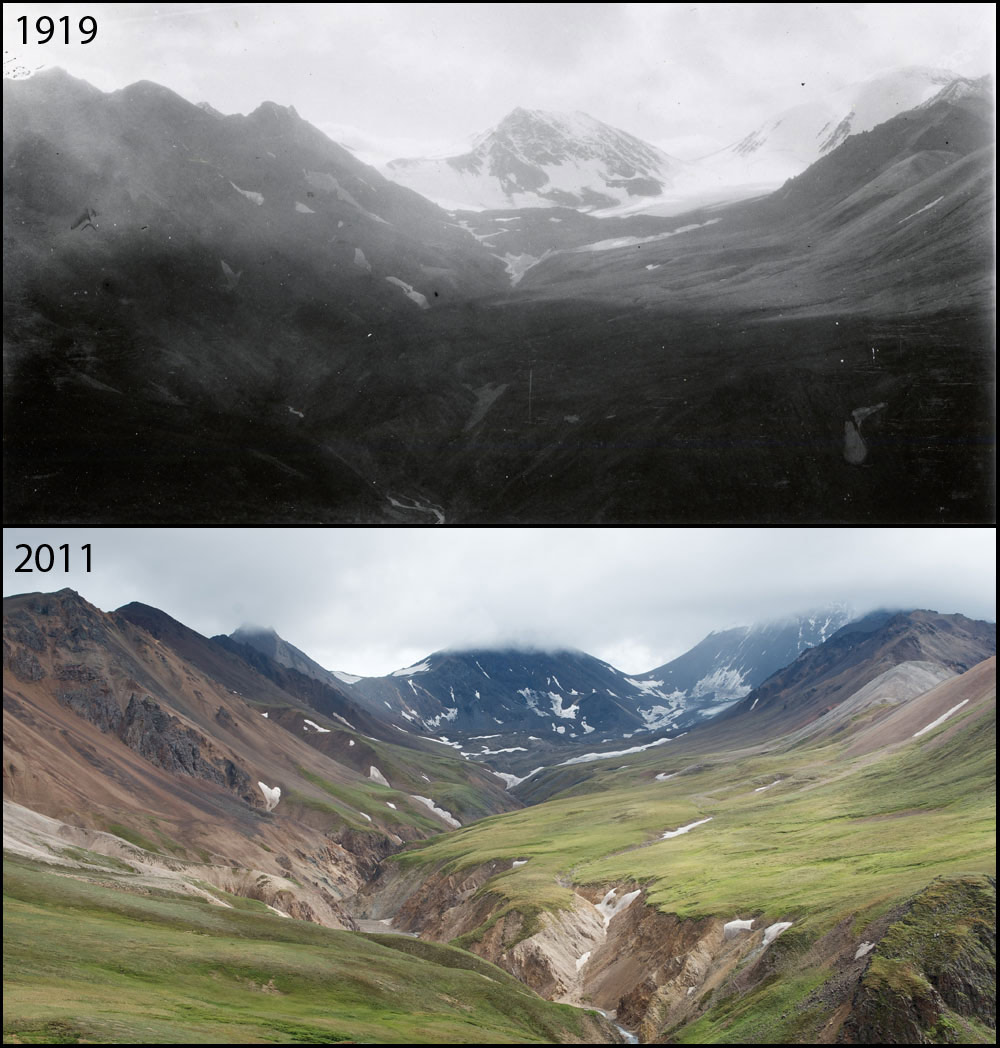