Perhaps most famous for its mountainous terrain, Denali also contains vast lowland areas that support a mosaic of boreal forest, small ponds, and extensive wetland systems. Terrestrial plant species that can tolerate standing water have special anatomical and physiological adaptations that allow them to grow in this unusual environment. For example, many of these species have evolved special tissues that enlarge air spaces between cells, allowing the necessary exchange of gasses such as oxygen and carbon dioxide needed for respiration and photosynthesis to reach submerged plant organs.

Many more herbaceous species than woody plant species have these specialized adaptations, thus woody plants are often excluded from wetland areas. But as wetlands dry, the invasion of large-statured dominant woody plant species commences, and herbaceous species are out-competed. Some photo pairs featuring wetlands displayed a dramatic invasion of woody vegetation (trees and shrubs) over time, while other wetland complexes showed more resilience to this type of change thus far.

However, interpretation of aerial photography to show “lack of change” should be used with caution, especially with wetlands, due to the minute nature of the dominant vegetation groups (i.e. sedges, herbs, and mosses), and the intricate patterns that they form. This illustrates one of the shortcomings of using photos to study change – analyses are mostly limited to coarse, large-scale changes visible to the naked eye. As you browse the photo pairs, it is easy to only focus on the large-scale changes, so see if you can pick out any fine-scale changes too. (Hint: Look to the vegetation lining the wetland edges). 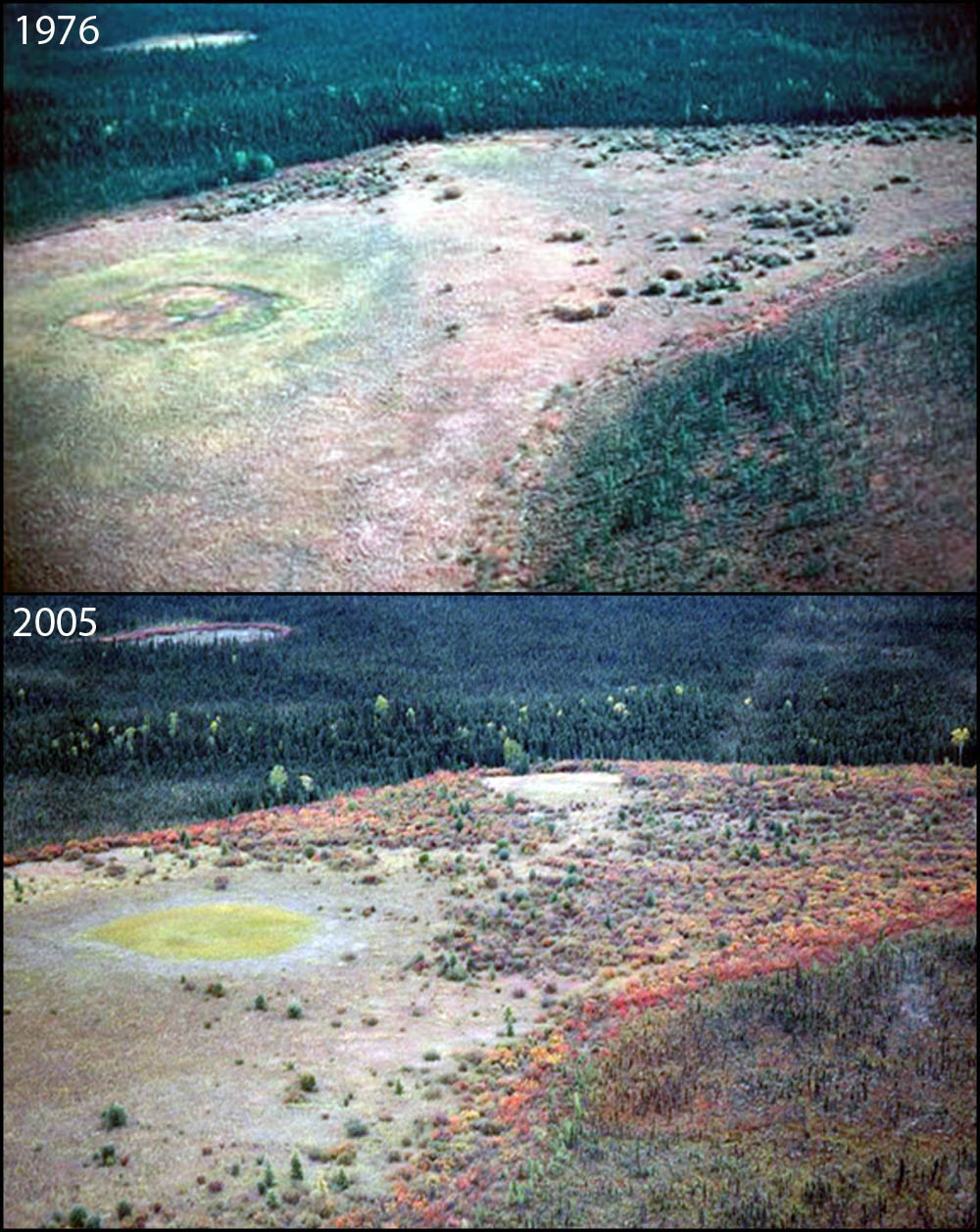 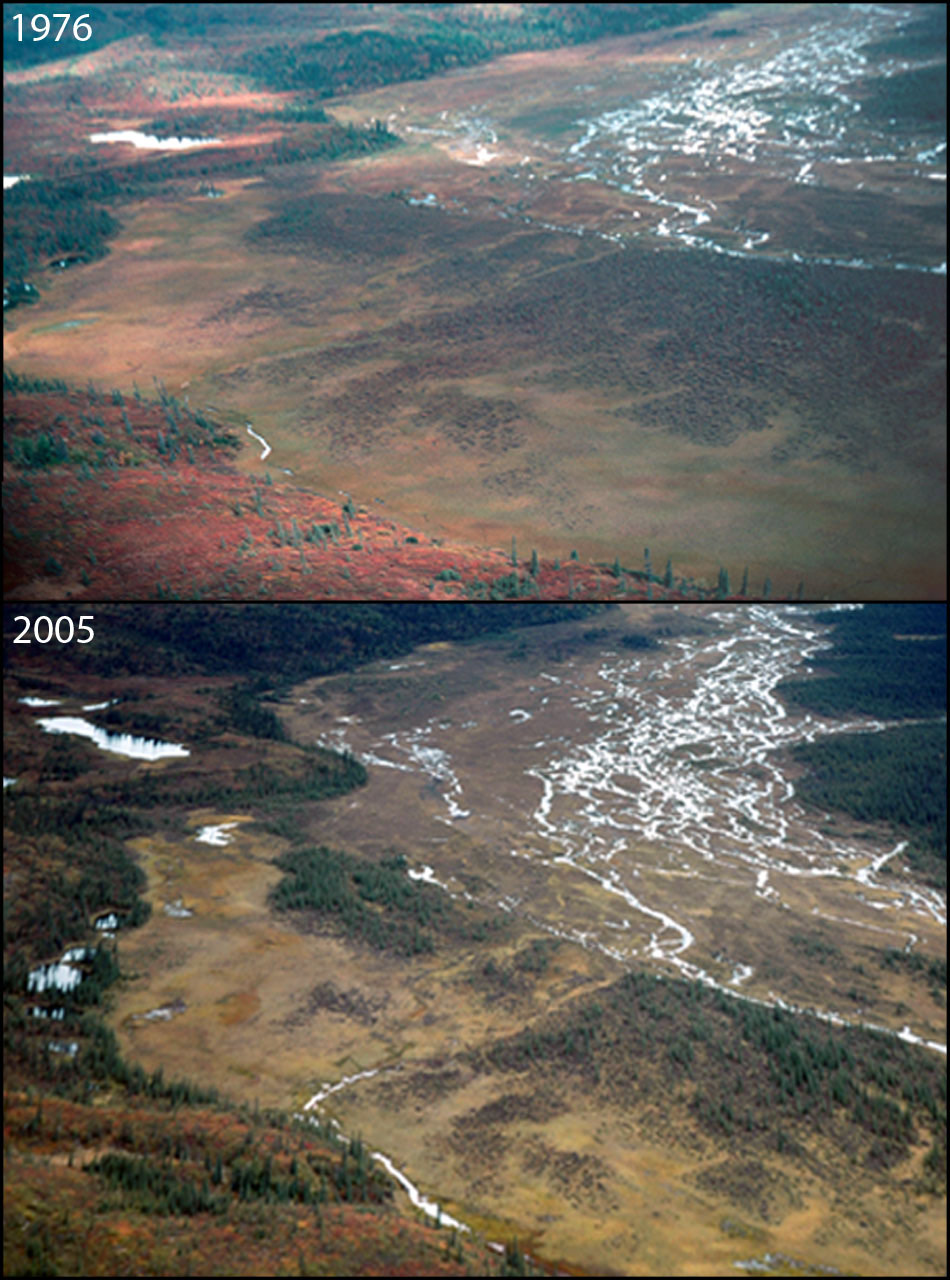 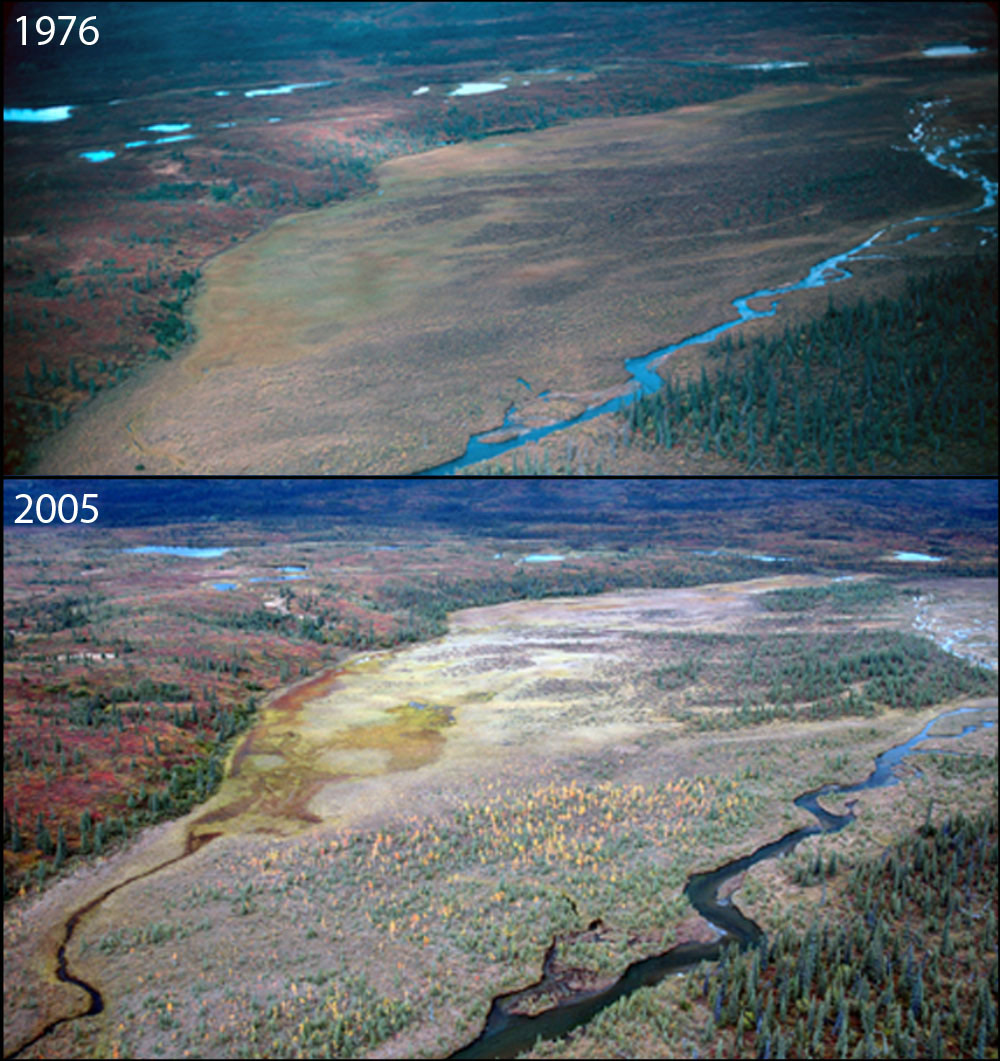 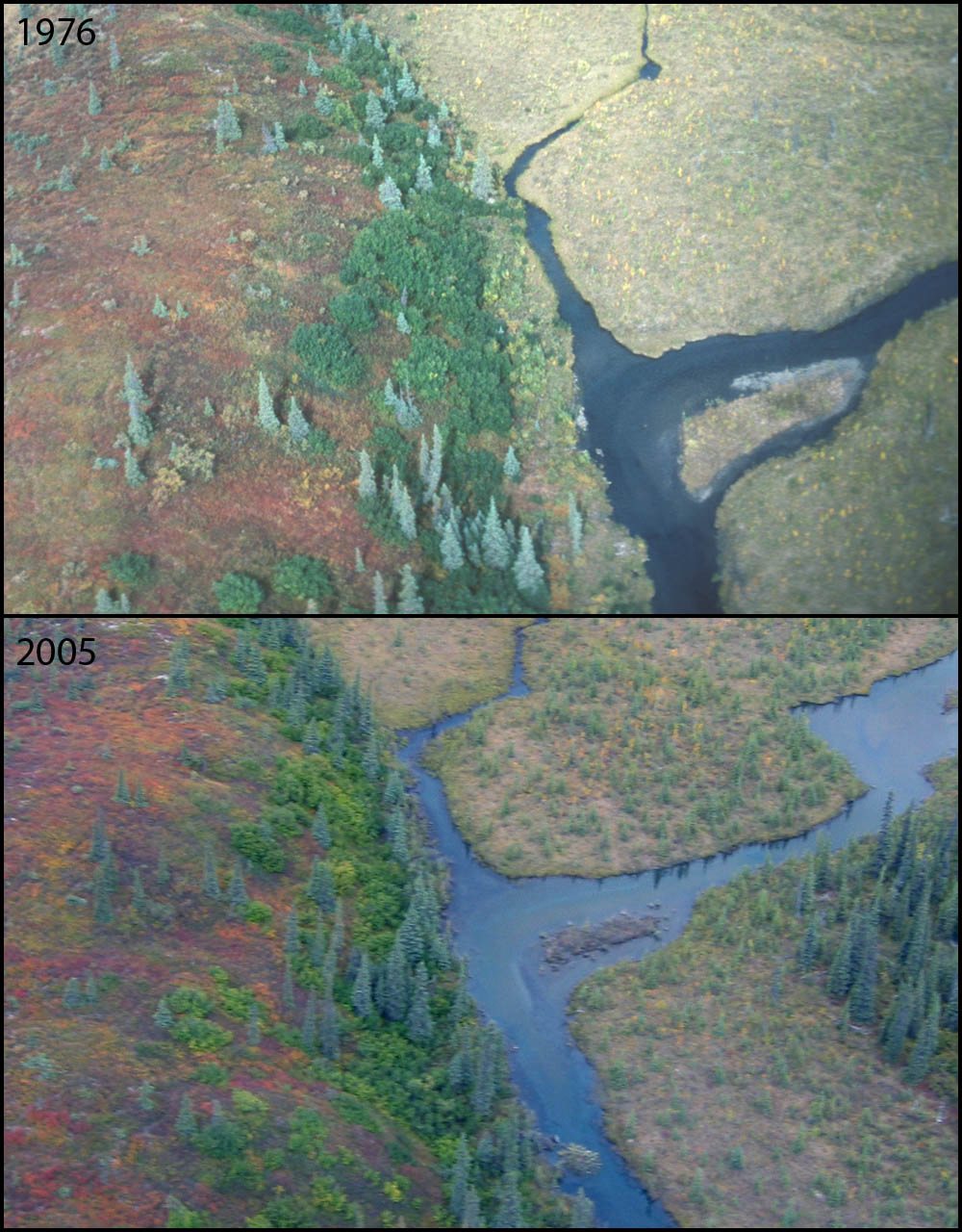 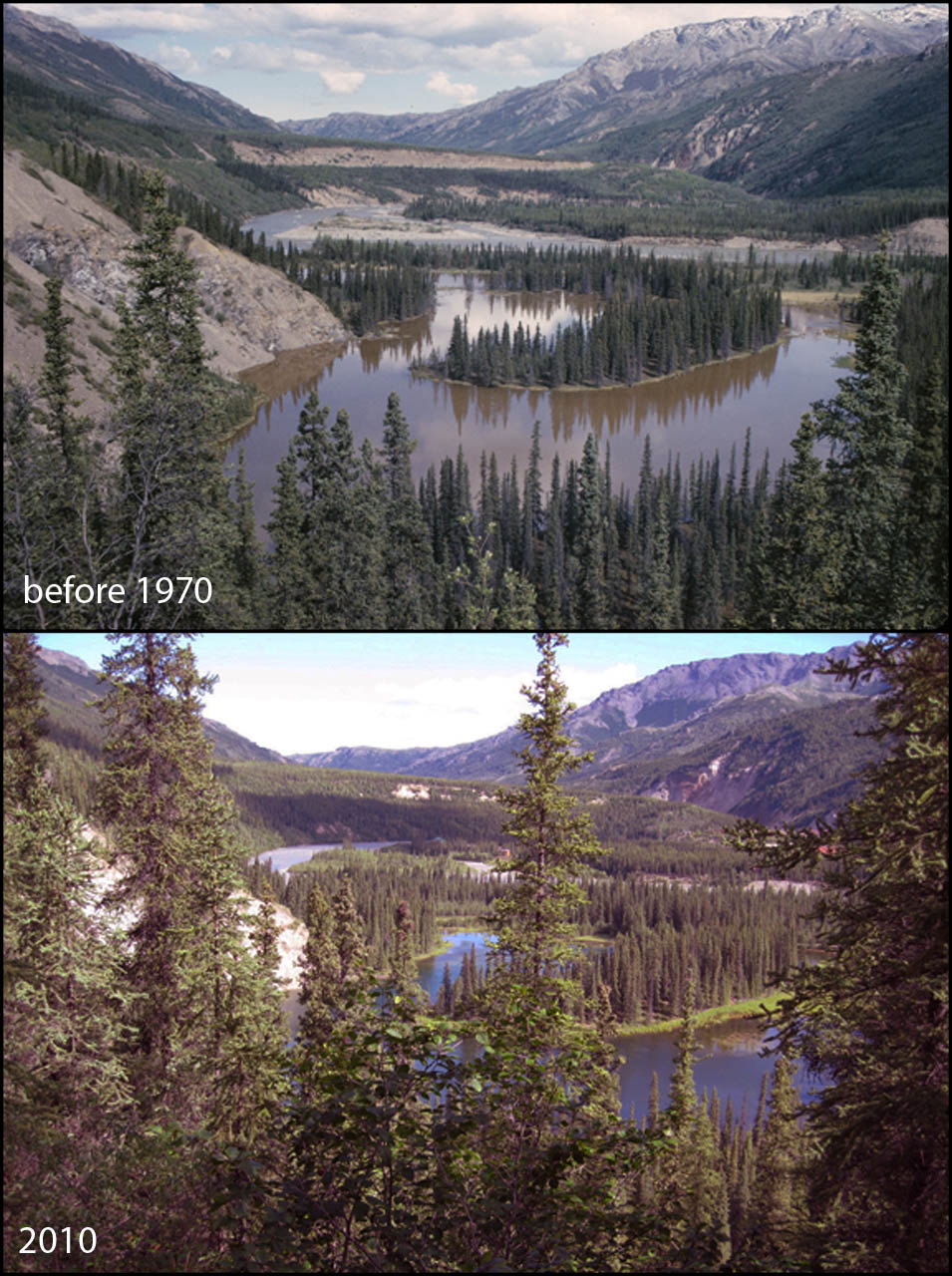