Some photo pairs demonstrate little to no changes over the intervening period. However, change is in the eye of the beholder. What may seem like no change to one person could tell a whole different story to another who may focus on different elements of the landscape.

Additionally, just because a change may not be apparent from looking at two snapshots in time, we cannot necessarily conclude that no changes have occurred there, as change can sometimes be invisible. Some changes are too small to see at the scale of an aerial photo, but may be noticeable on the ground. Other changes may be in elements hidden beneath the ground, such as with fungus that attaches to plant roots – which can form a huge organism, occupying large areas – but is completely invisible to the casual observer. Still other changes may be in processes, such as with the timing of flowering or leaf-out.

Regardless, it is useful to examine these photo pairs carefully, and see if you can pick out changes at any scale. While you’re at it, take a moment to appreciate the work a century of conservationists have done to preserve the Denali area, so that we may enjoy it nearly as it was 100 years ago. There are not too many places like that on earth! 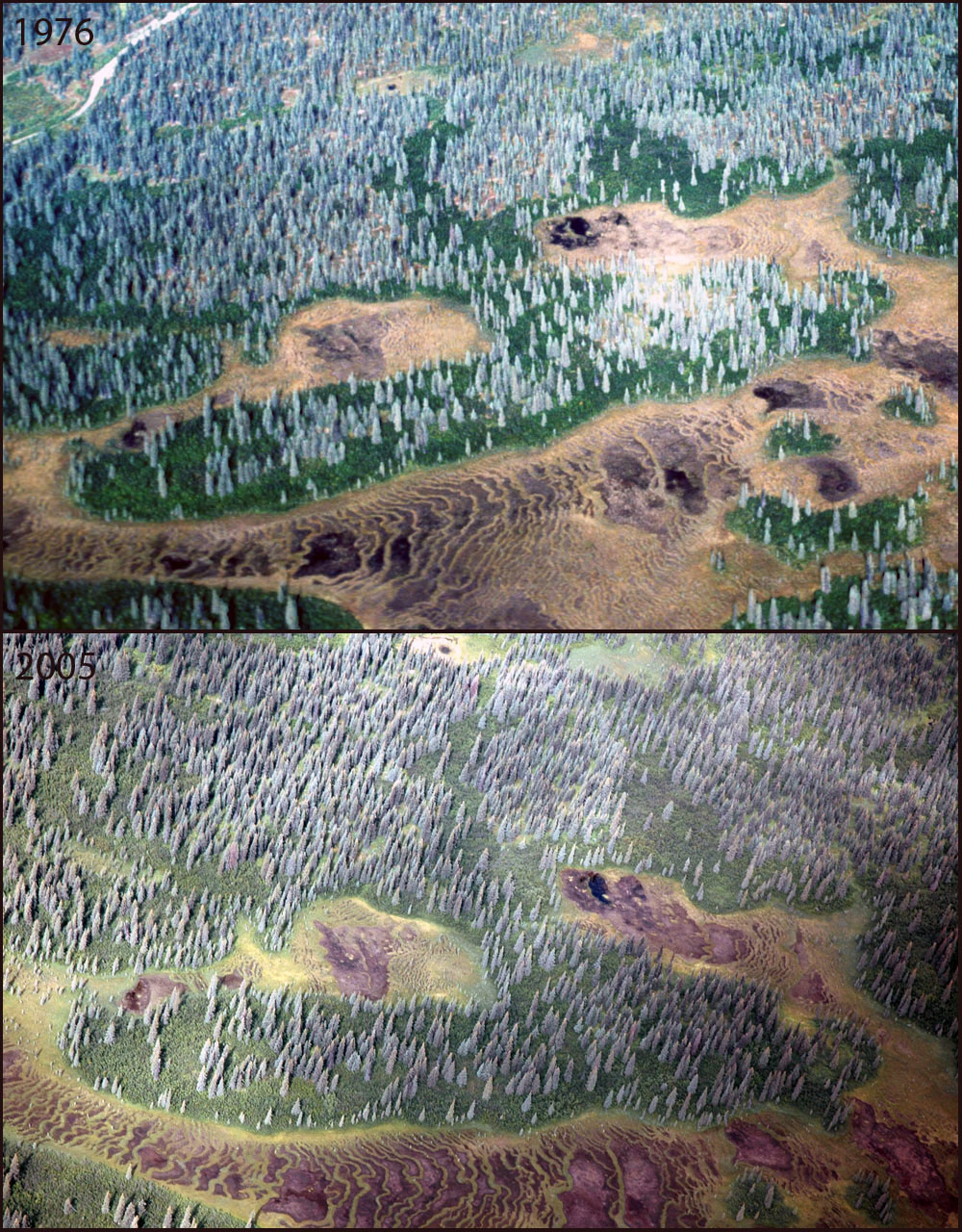 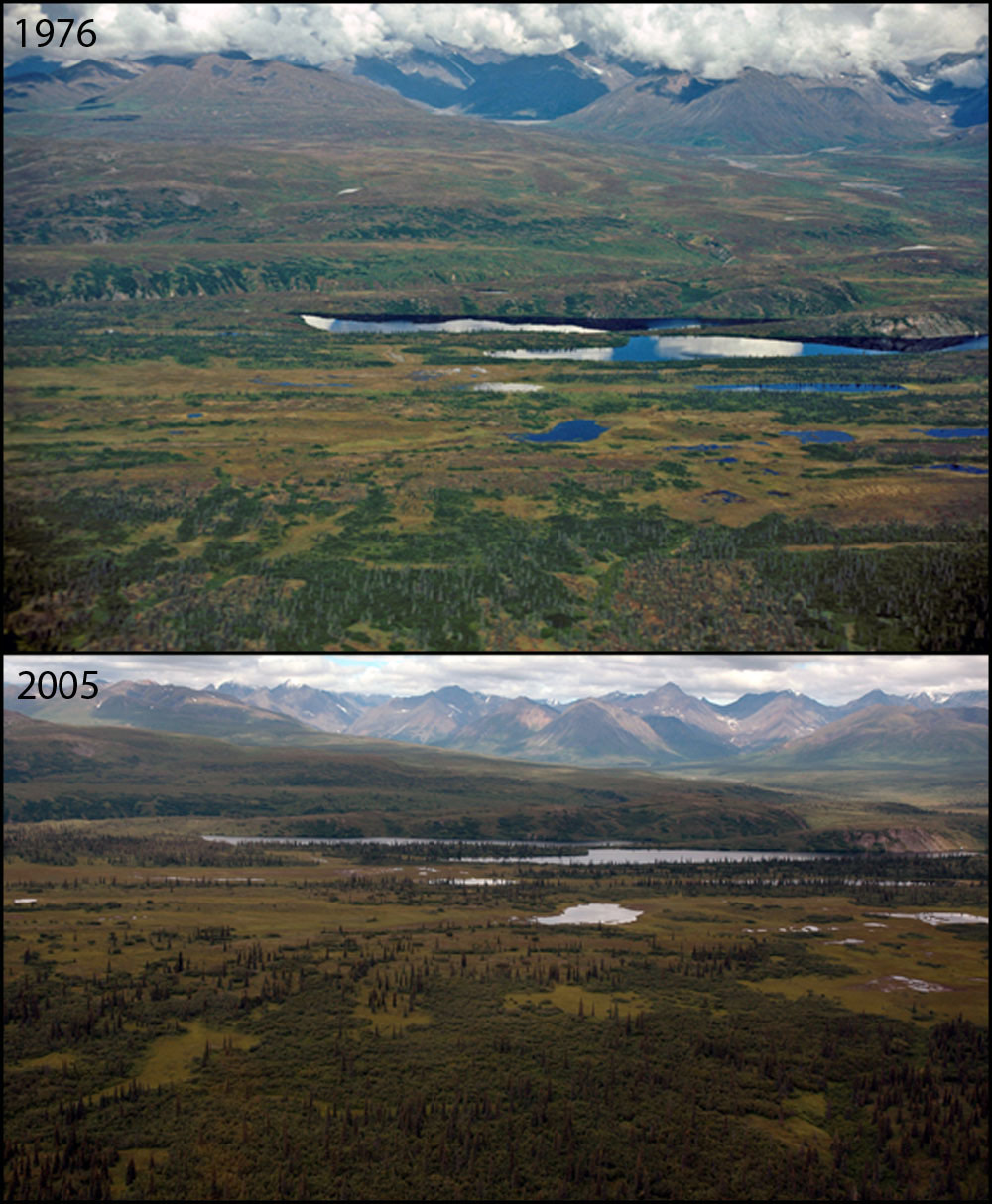 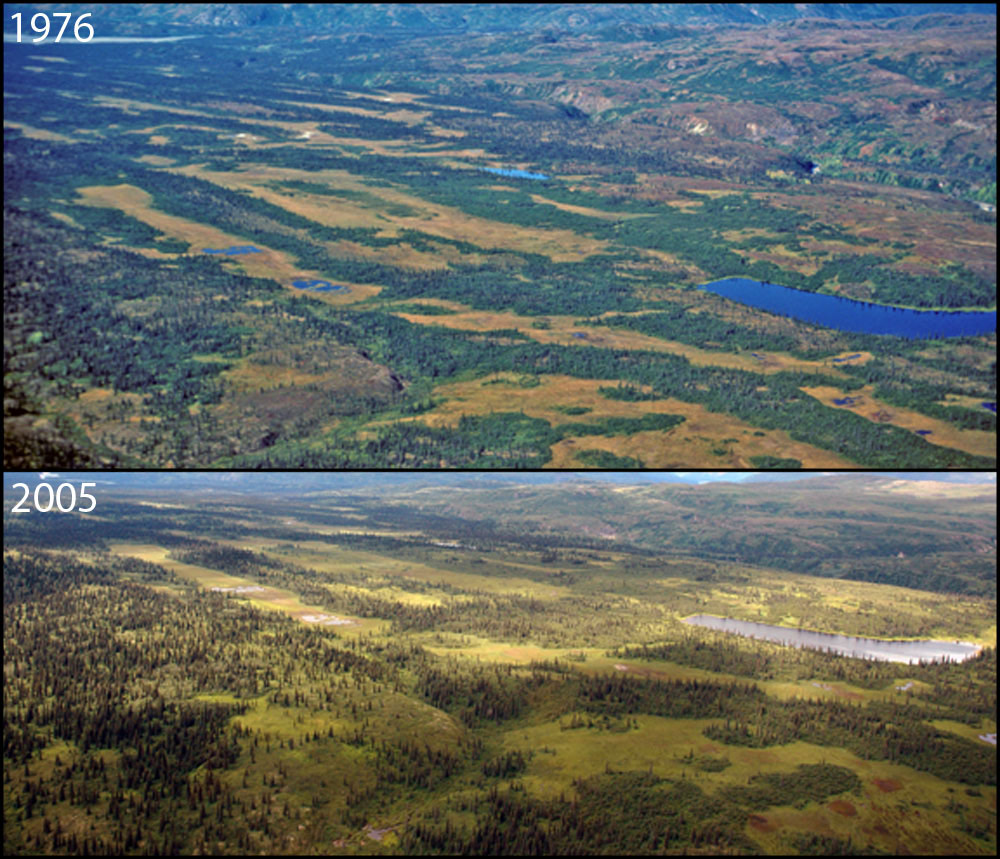 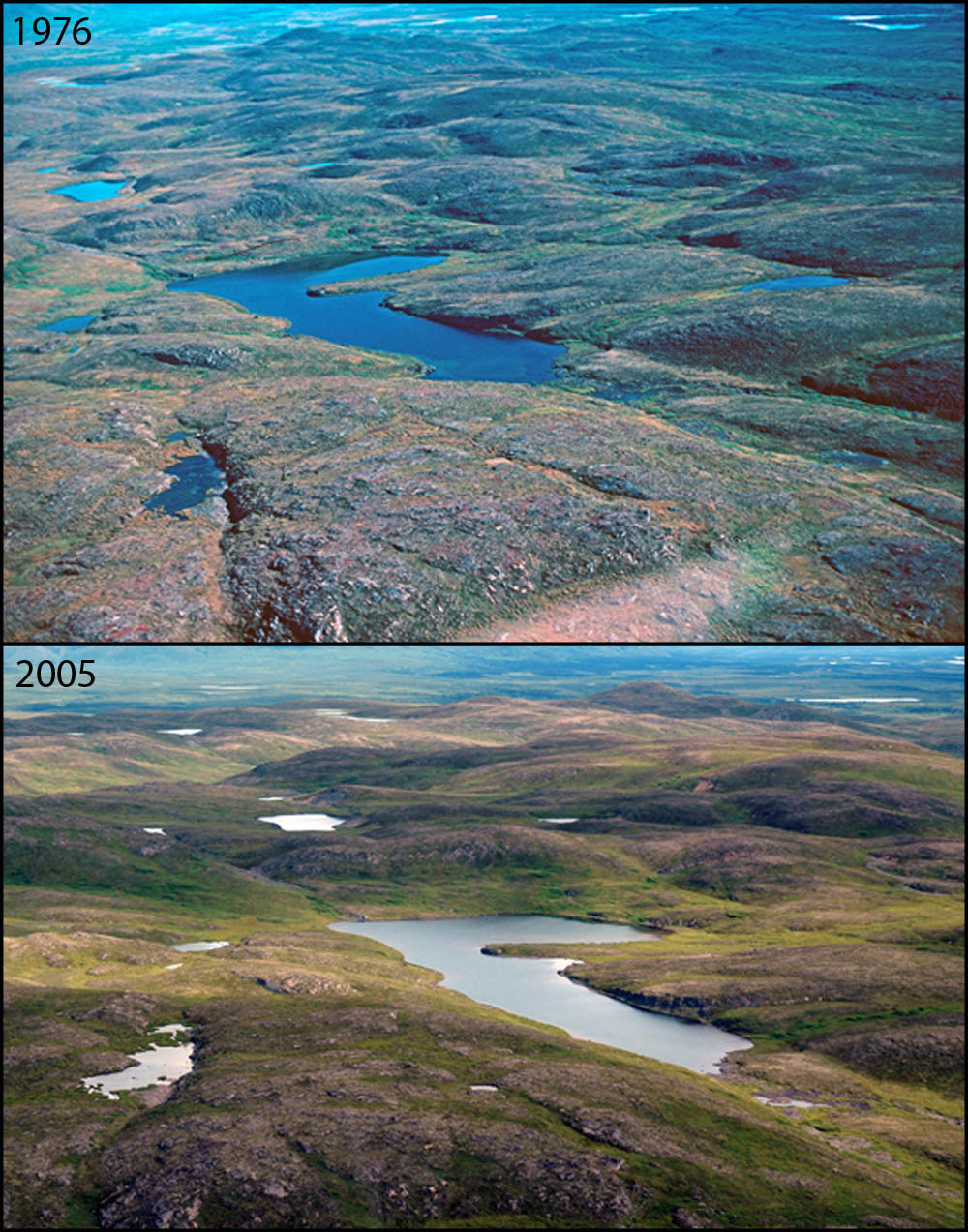 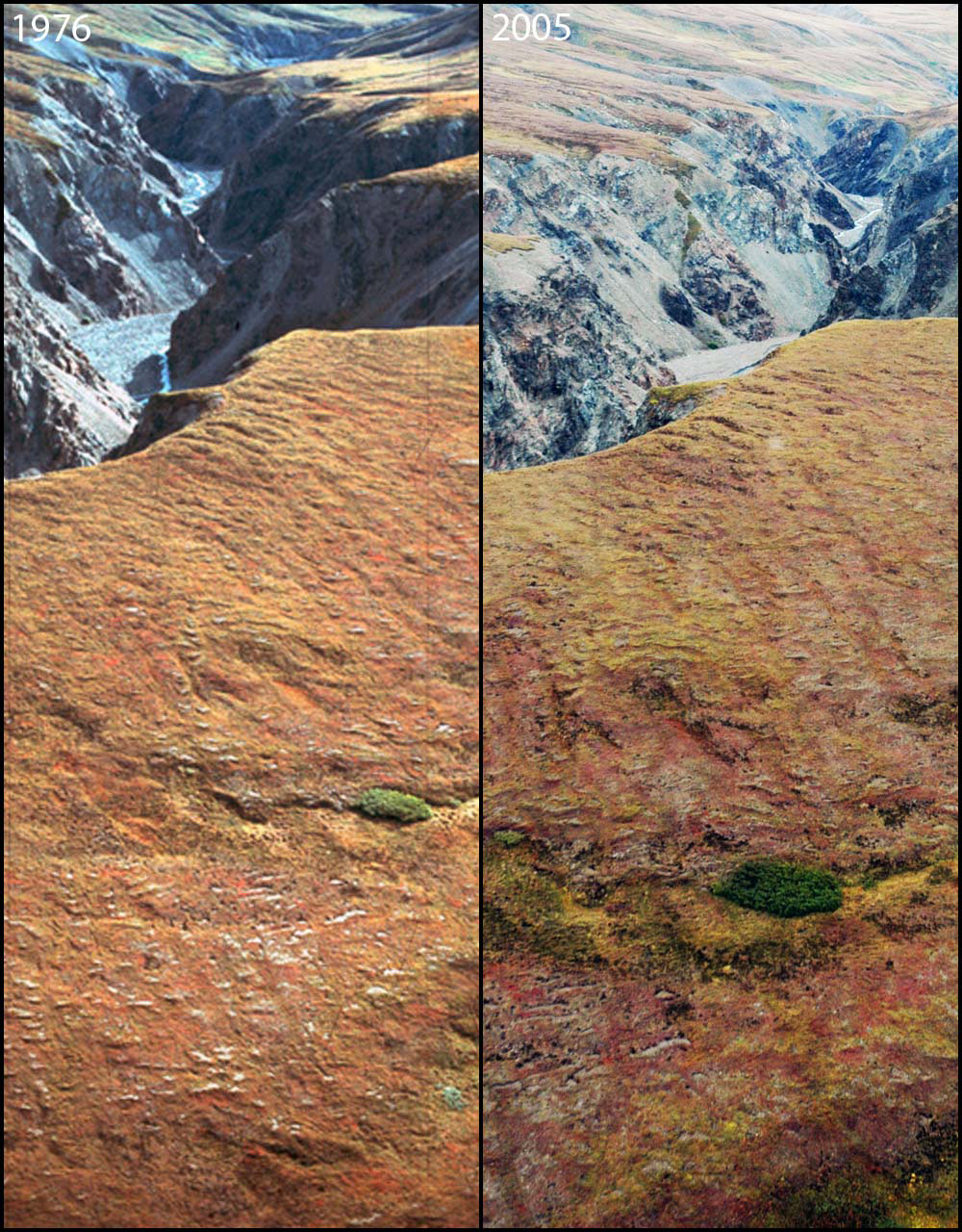 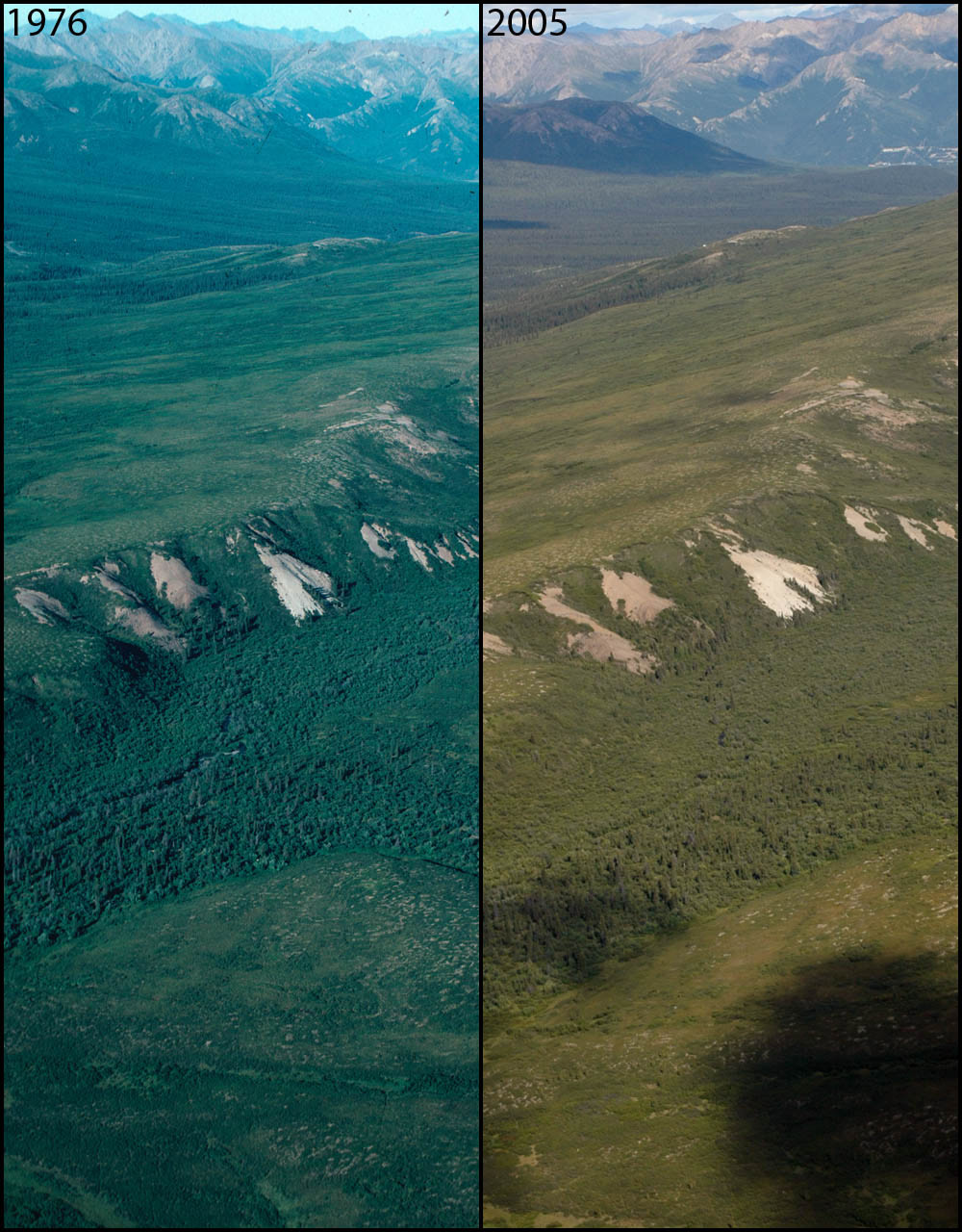 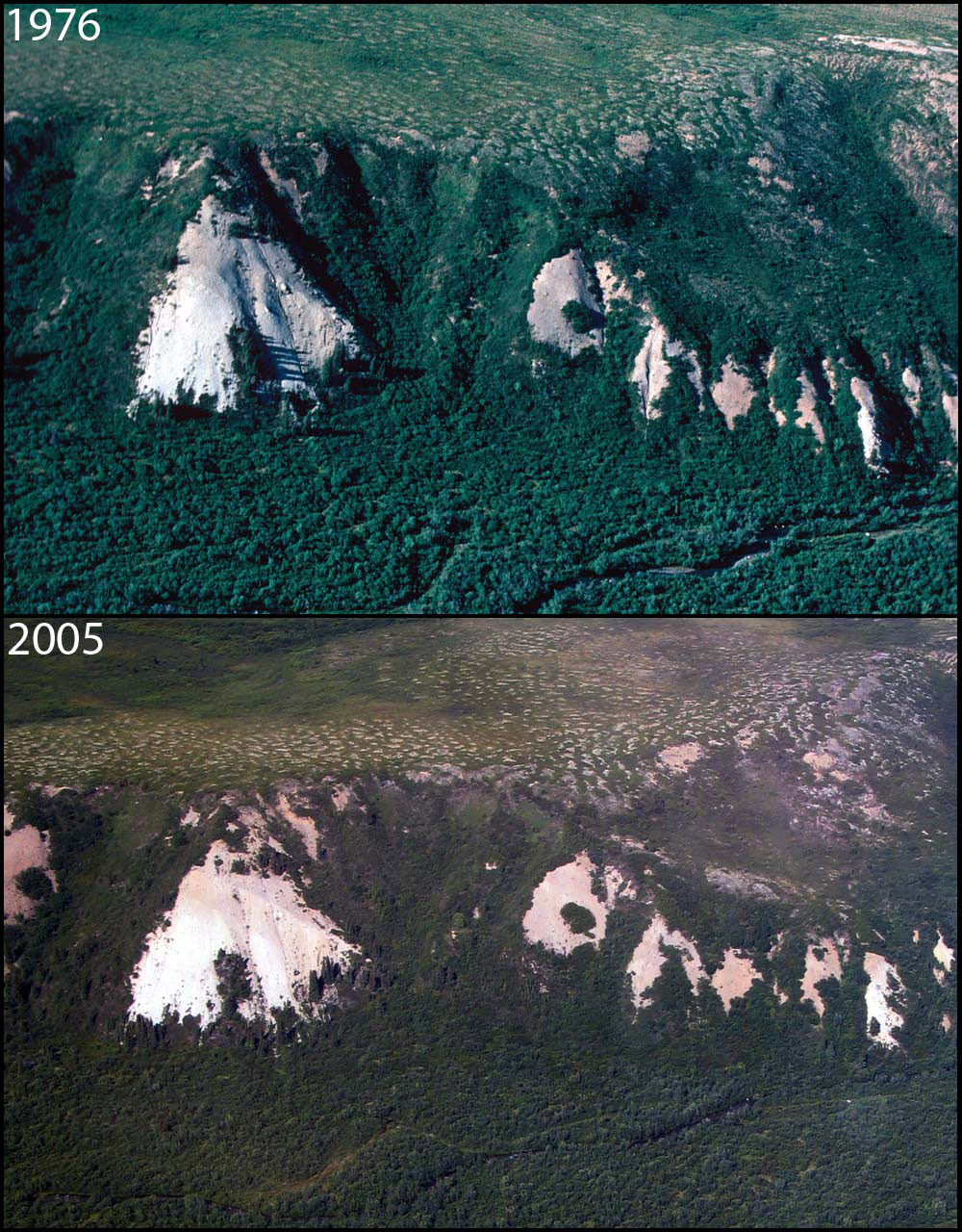 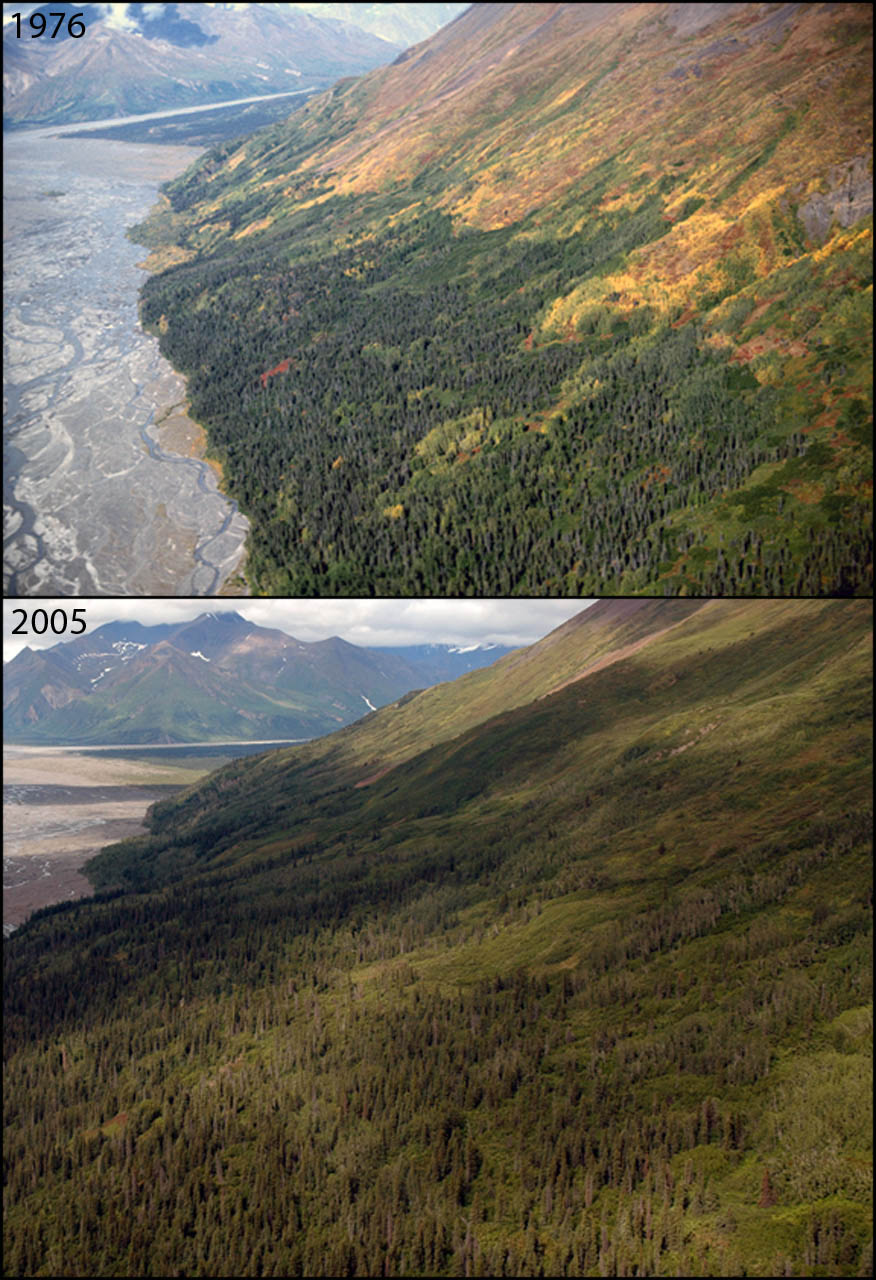 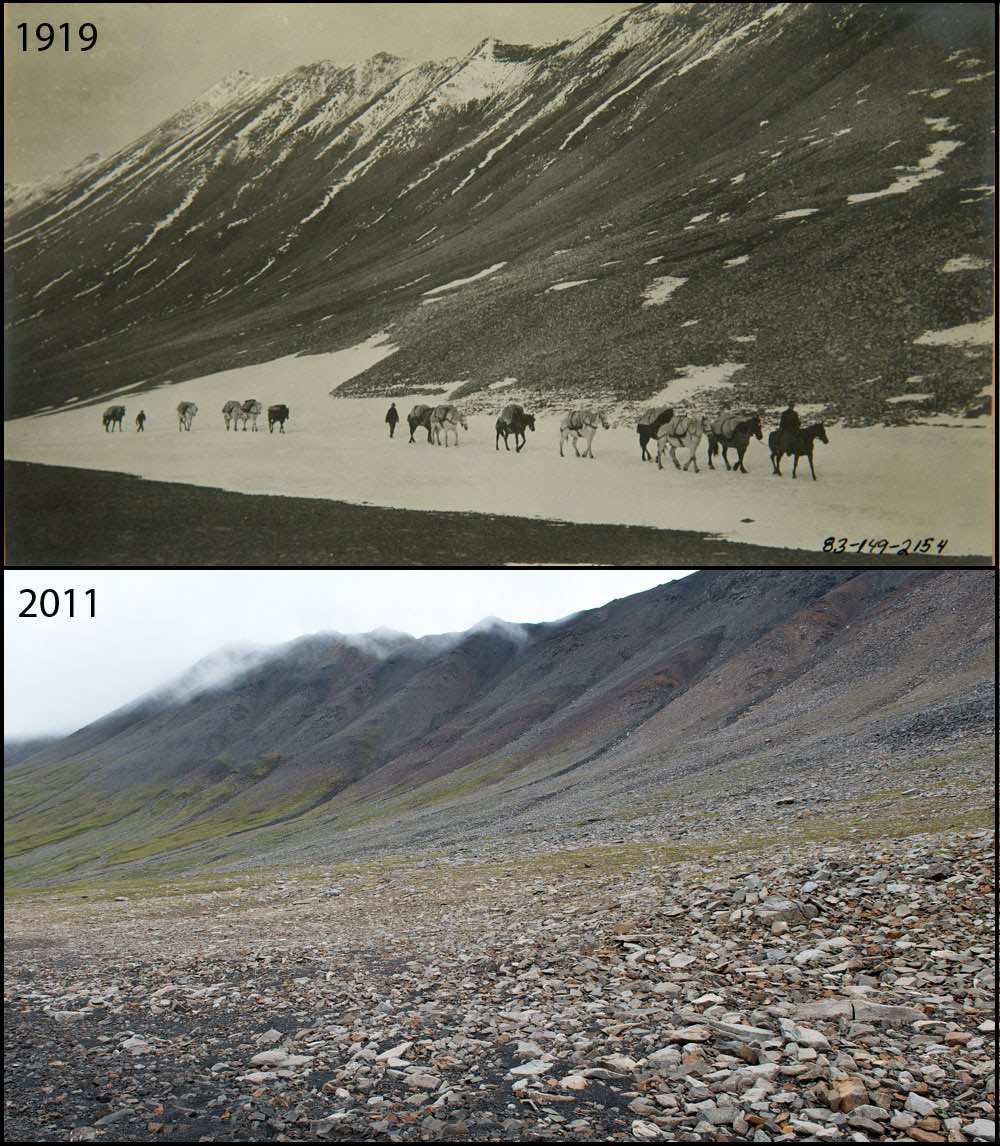 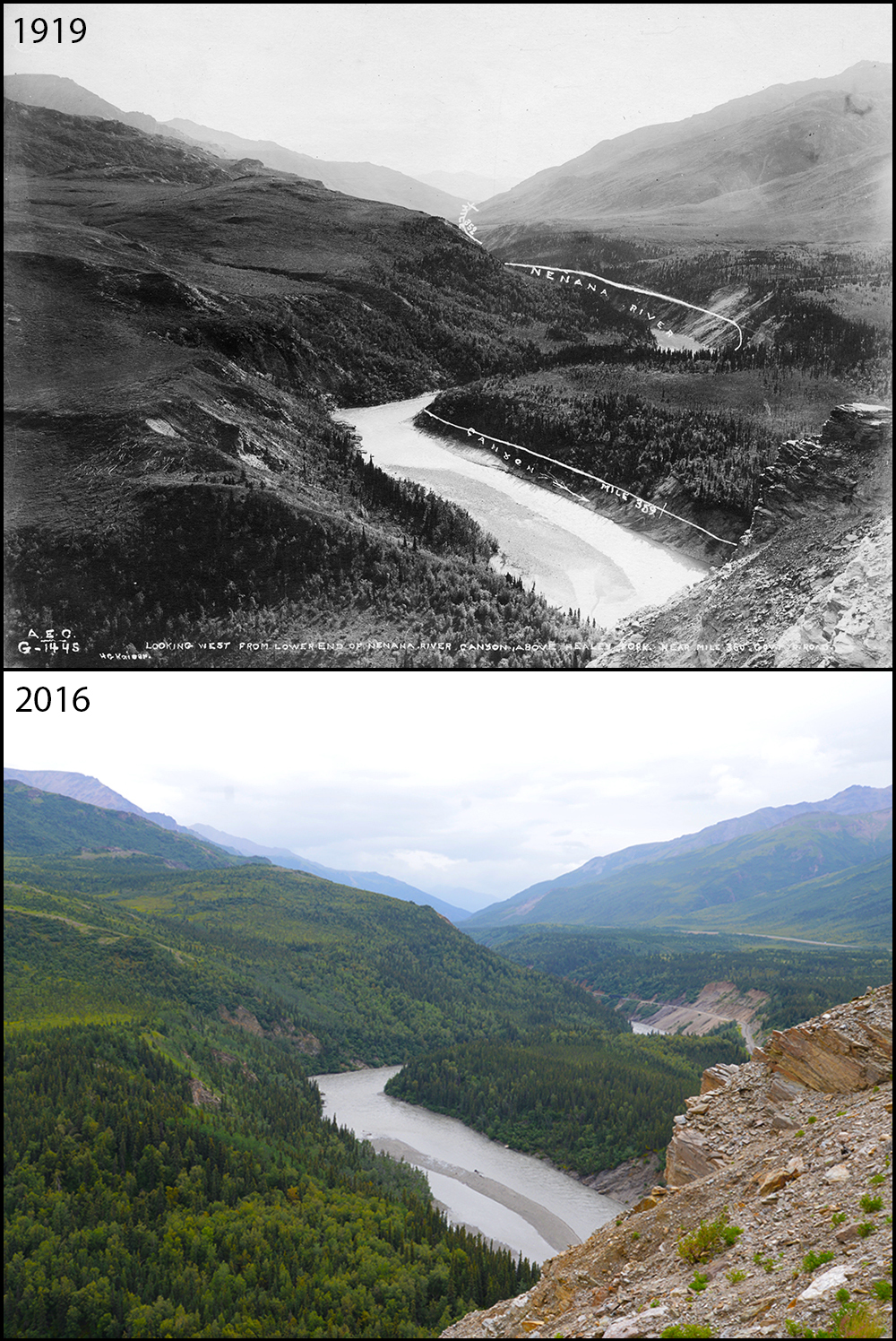