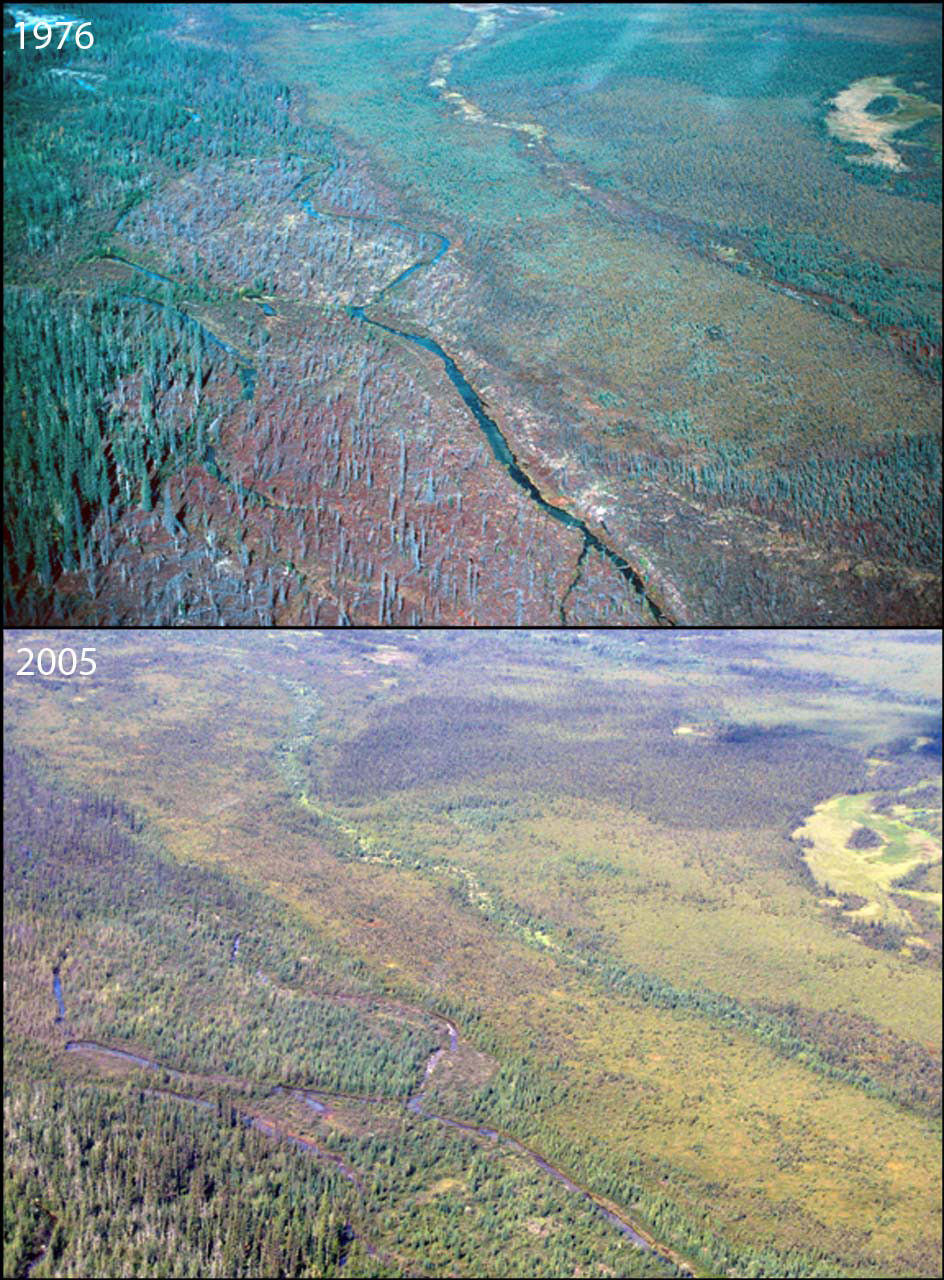 Description:
Close examination of this photo pair clearly shows that the area in the lower left of the 1976 frame was burned because there are many down trees and snags visible. It appears that spruce trees were killed in the fire (almost certainly the Hult Creek fire which burned in this area in 1968, less than a decade prior to the first photograph). In the years between when the two photos were taken, a young forest of what appears to be mixed spruce and birch has grown up in this area. Broadleaved trees such as birch and aspen are often early-successional species in Denali, with thousands of their small seeds arriving to colonize the soil after the fire. As succession proceeds, these species often give way to white spruce, which is longer lived, and can grow in the understory of the broadleaved stands.