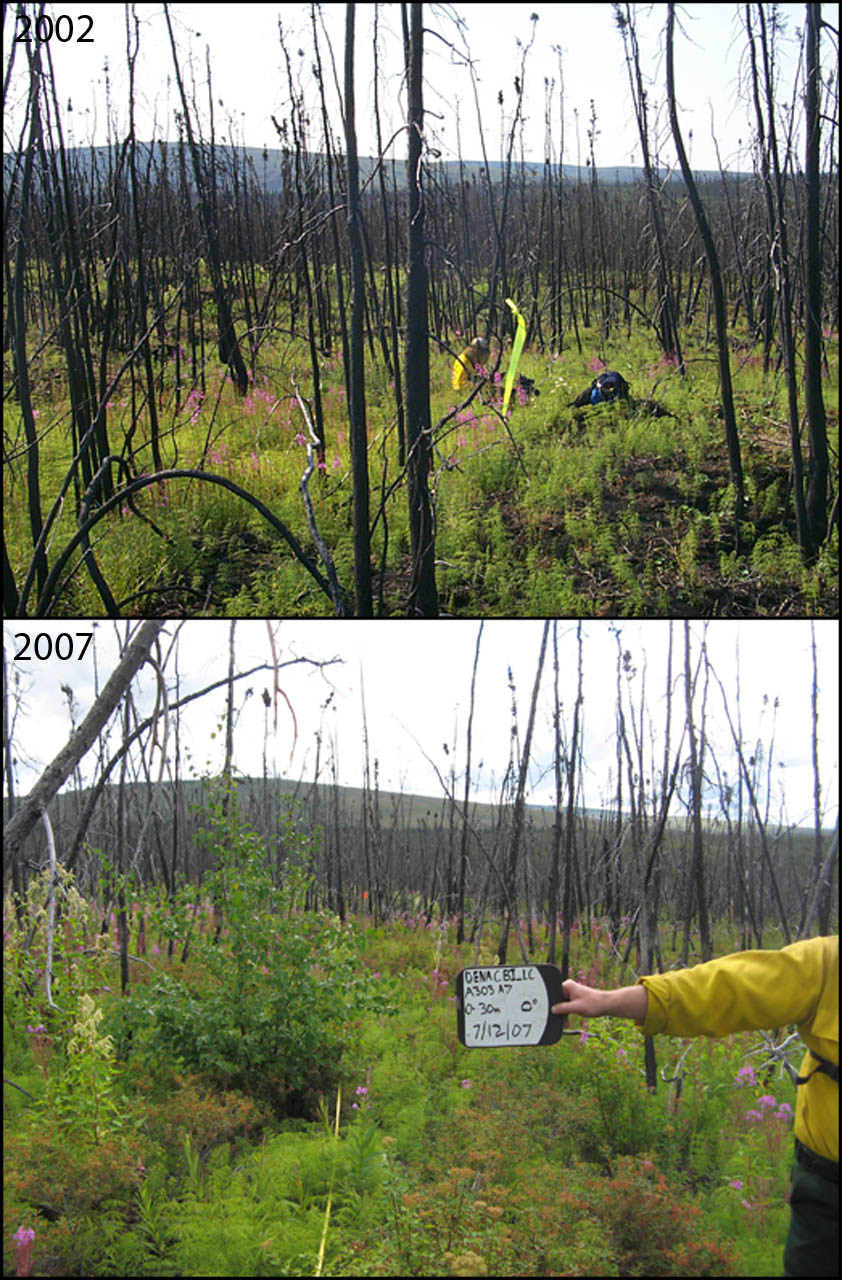 Description:
In 2002, two years after a fire, park staff measured burn severity in this black spruce stand. The fire burned hot, killed the black spruce, and consumed (burned) through the deep moss and organic soils. Deep rooted horsetail (the lightest green groundcover) can still re-sprout after a high severity fire, but grasses and fireweed are likely to have seeded in and established on the exposed mineral soil patches post-burn. Five years later, in 2007, park staff returned to measure vegetation succession after this severe burn. Notice how many more plant species are present? Some large woody species have moved in, beginning to make a canopy that will greatly alter conditions for other plants at the ground level.