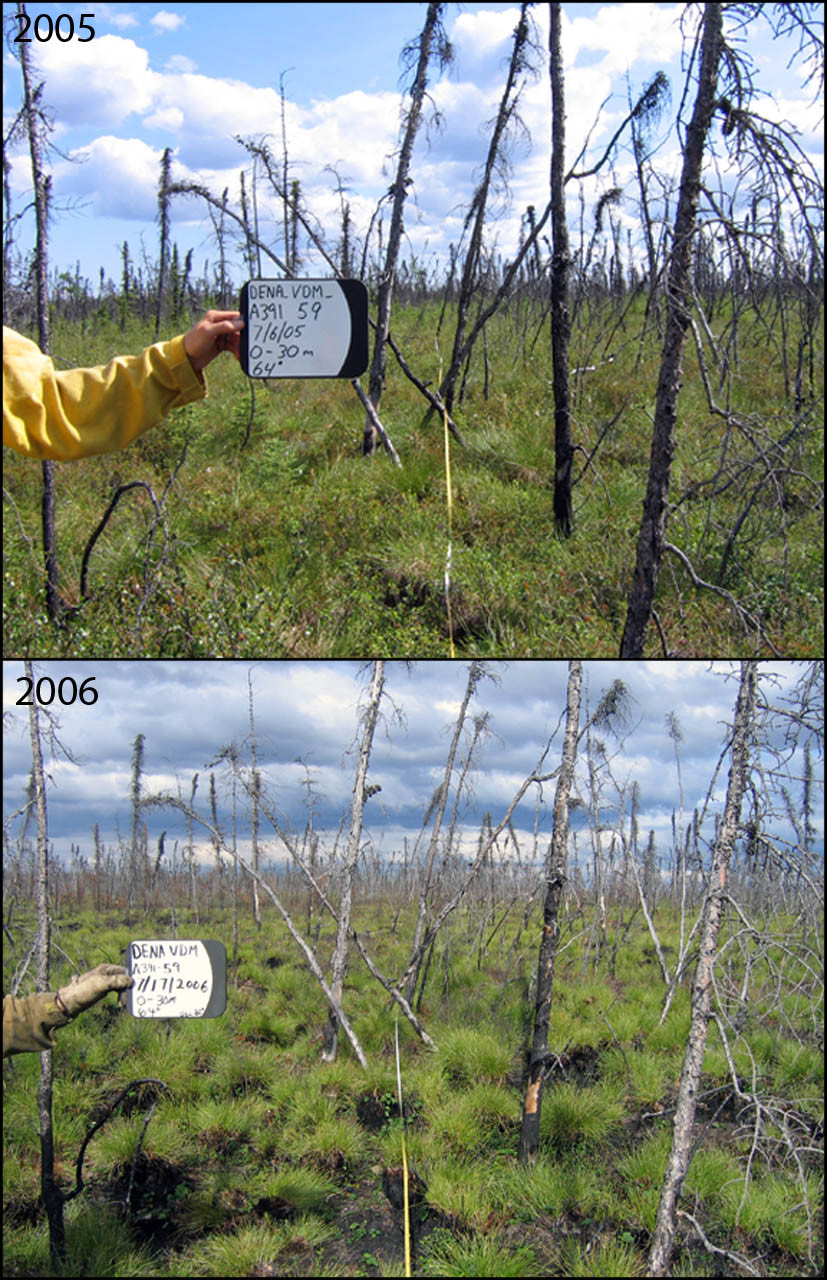 Description:
In 1990, a 55,042 acre fire burned through this black spruce forest site. Park staff visited the site 15 years later in 2005 and took the upper photo. Fire killed black spruce were still standing, and grasses and birch had re-colonized the site. Black spruce was also on its way to recover, evident by the presence of thousands of seedlings, some of which are visible below the sign in the upper photo. Just a few weeks later, the 115,878 acre Highpower Creek Fire burned through the area, resulting in two fires within 15 years ? a significant break from the estimated normal fire return interval of 70-100 years! The second fire was a low intensity ground fire. In the lower photo you may notice that some grasses and shrubs have resprouted, but no tree seedlings were found at this site, even one year after the second fire. Having two repeat fires within 15 years may impact how long it will take for spruce or other trees to re-establish this site.