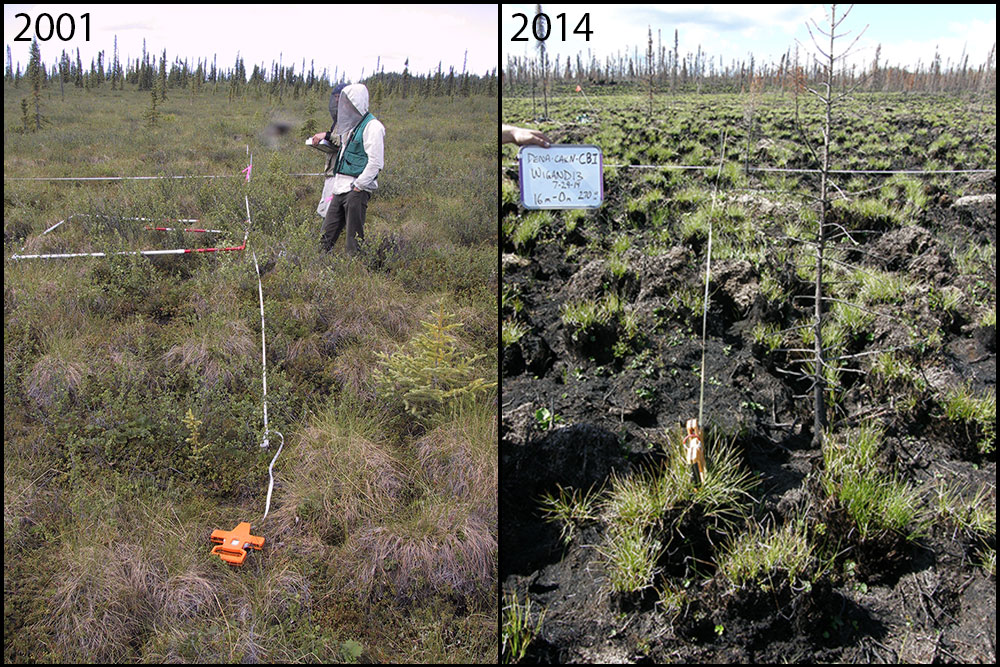 Description:
Park staff took the 2001 photo while working on one of Denali's long-term vegetation monitoring plots. Over 1000 such plots have been installed over the past decade, thus park staff are poised to take advantage of opportunities to study vegetation change, such as when a wildfire occurs. This vegetation plot burned in 2014, leaving behind a much different landscape, and effectively resetting the course of succession following fire at this site. Notice the amount of tree growth that occurred in the 13 years between photographs - a set of trees in the upper left, and a sapling in the foreground illustrate this productivity, but the trees are now dead by fire. Will they regrow here, or will this area convert to tussock-tundra? Researchers will be back in another decade to find out!