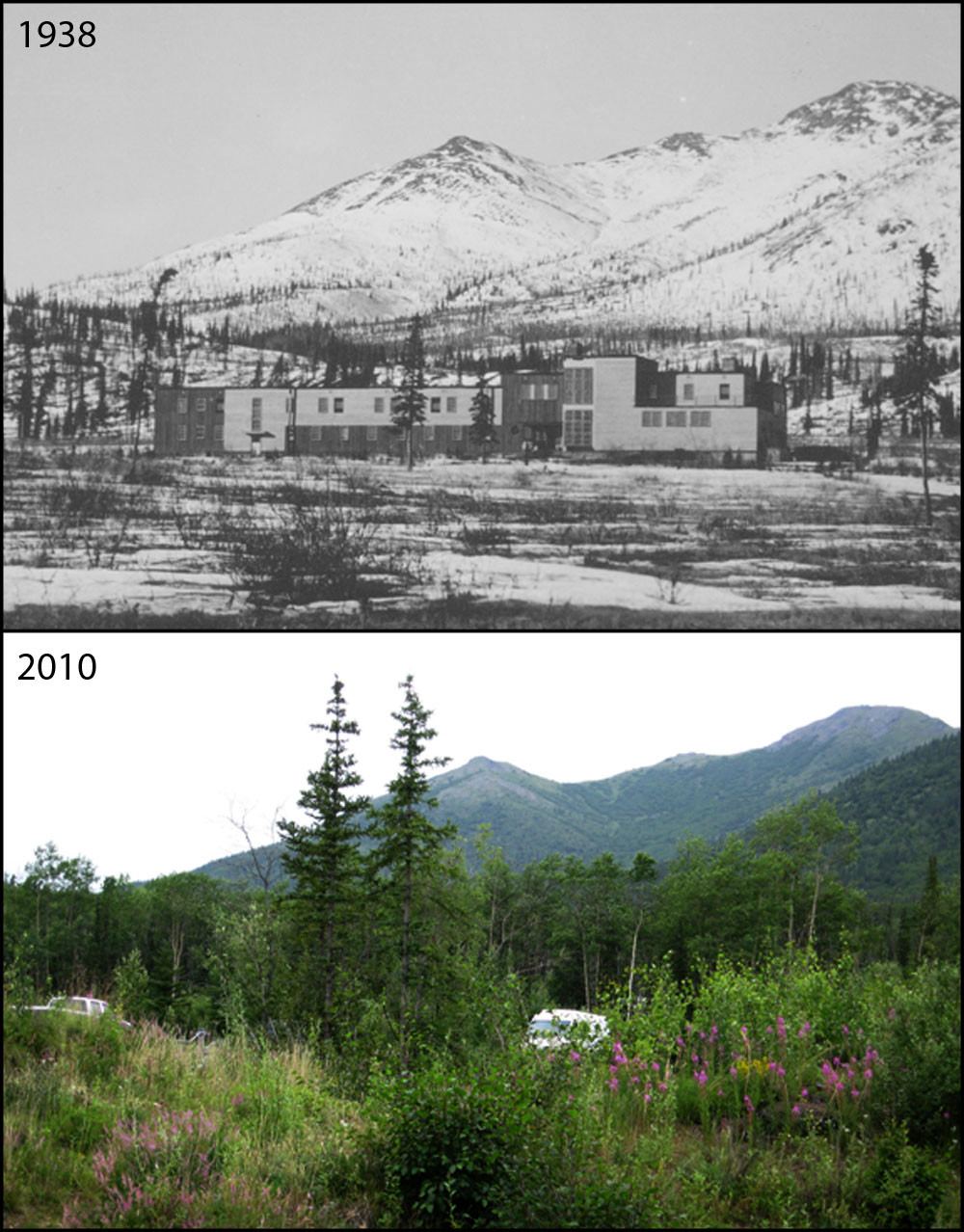 Description:
This photo pair features an area of the Denali Front country. In the 1938 photo, you can see the newly constructed McKinley Park Hotel. Opening for the first time in the summer of 1939, this building was the first in the area to offer modern amenities. It operated until September 1972, when it succumbed to a fire. A replacement hotel was quickly built at the site which operated until 2001, when the Denali Visitor Center complex was built in its place. The exact location of the old hotel is now occupied with a parking lot north of the visitor center. Looking to mountain slopes in the background of the earlier photo, it appears that the slopes are relatively shrub-free and windblown. In the later photo, much of the dark green creeping up the slopes indicates alder and willow shrubs. Although some of these slope were certainly logged for timber in the early stages of front country development, this photo pair likely captures another phenomenon of shrub expansion into areas previously dominated by alpine vegetation.