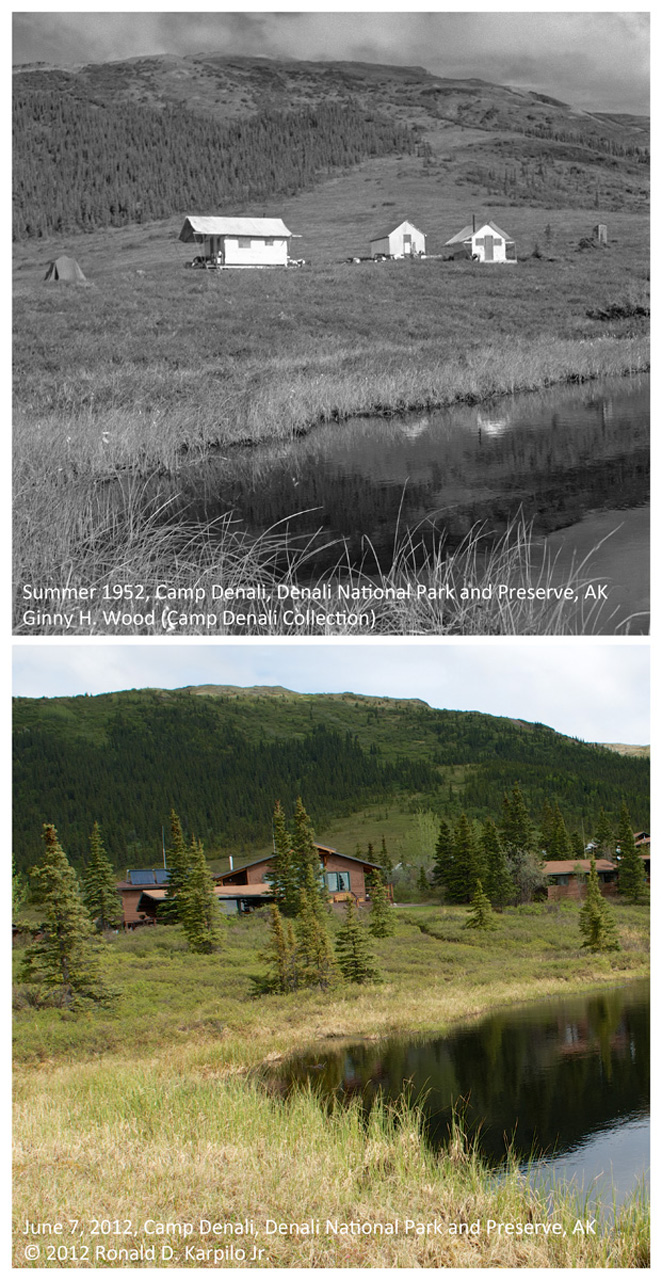 Description:
This photo pair captures change occurring at a private inholding within Denali National Park which operates as a tourist lodge, Camp Denali. At the time of the first photo, the land was just outside of the park boundary (then called Mount McKinley National Park) and homesteaders Ginny Wood, Morton “Woody” Wood, and Celia Hunter were just establishing the lodge. Sixty years later and the lodge is still operating, despite dramatic ecological changes occurring around it. Look mainly to the mountain slope in the background. Do you notice the changes in shrub cover in the alpine zone above the forest? It appears that tall shrubs have reached the ridgeline, and alpine meadows have been filled in to create shrublands. Also look to the tundra plain below the 1952 forest edge, and notice that trees are encroaching into that formerly treeless area. Now imagine the different experience lodge guests would have while going for a stroll through this area in 1952 or 2012. They would likely hear and see different animals, feel less wind, and have different vistas out to surrounding landscapes.