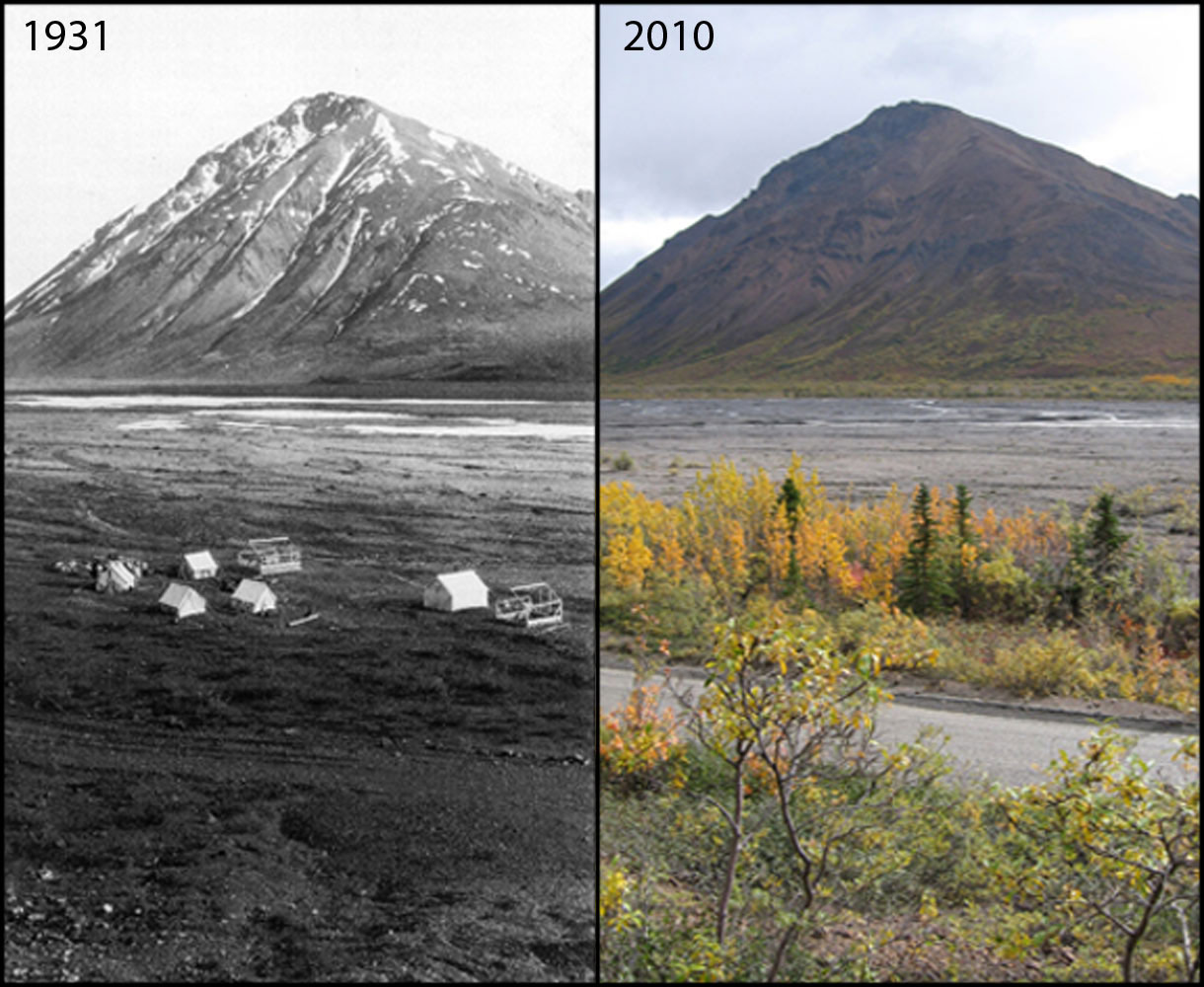 Description:
Pictured here is the site of both the Alaska Road Commission and Mt. McKinley Tourist and Transportation Company camps. They were located on the West Branch of the Toklat to the east of the current bridge location. These camps were removed within a few years from when this 1931 photo was taken, but their legacy still remains today. After the camps were removed, and the process of gravel bar vegetation succession resumed, this area was colonized by soapberries. Soapberries are a popular food source for bears, so bears could often be viewed here. It was known as "the soapberry patch" by many. However, without further disturbance, vegetation succession continued, and now shrubs and trees occupy the location. This photo pair demonstrates an important aspect of this project, in that the actions we take as humans have direct and continued effects on the landscapes we inhabit.