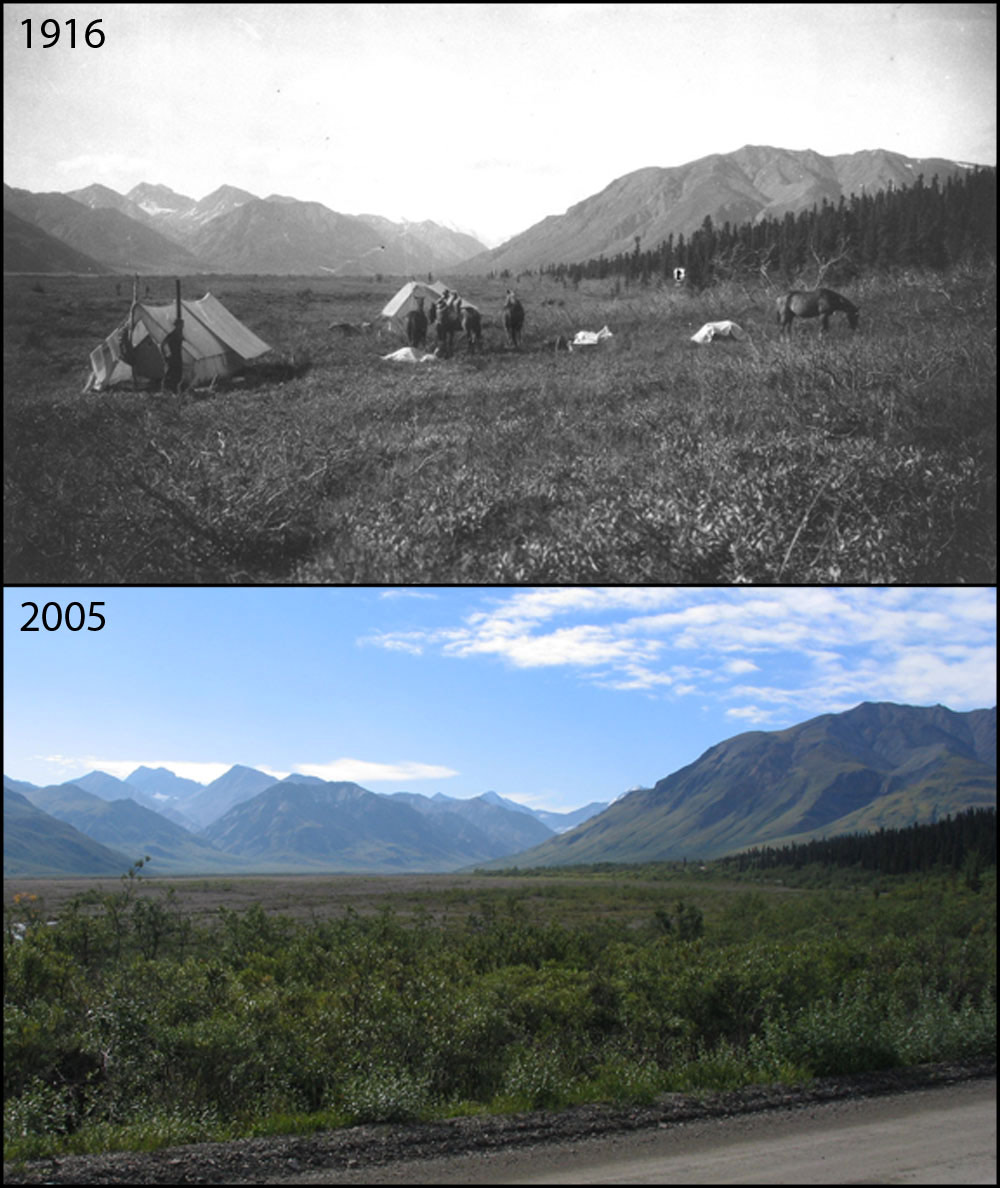 Description:
The original photo was taken in 1916 by Stephen R. Capps, Unites State Geological Survey Geologist on an government funded expedition to gather data on geology of the McKinley area. The camp was at the forks of the Toklat River, looking up the West Branch of the Toklat, not far from the current location of the bridge across the Toklat River. Capps and his crew stayed here from July 18-20, 1916. In the 2005 photo, you can see a glimpse of the park road heading west towards Highway Pass near the base of the slope covered with spruce trees in the photo midground. This photo pair captures a large expanse of land, and on the whole, very little has changed. Looking closer you may notice shrub development in the foreground, and along the base of the treed slope, much of which may have been influenced either by disturbance associated with road building itself. Notice also a few large trees in the background, just above the tents in the early photo? It appears a channel of the Toklat swept over into that area and eroded that vegetation, leaving behind new sediment that has since been colonized by early successional species.