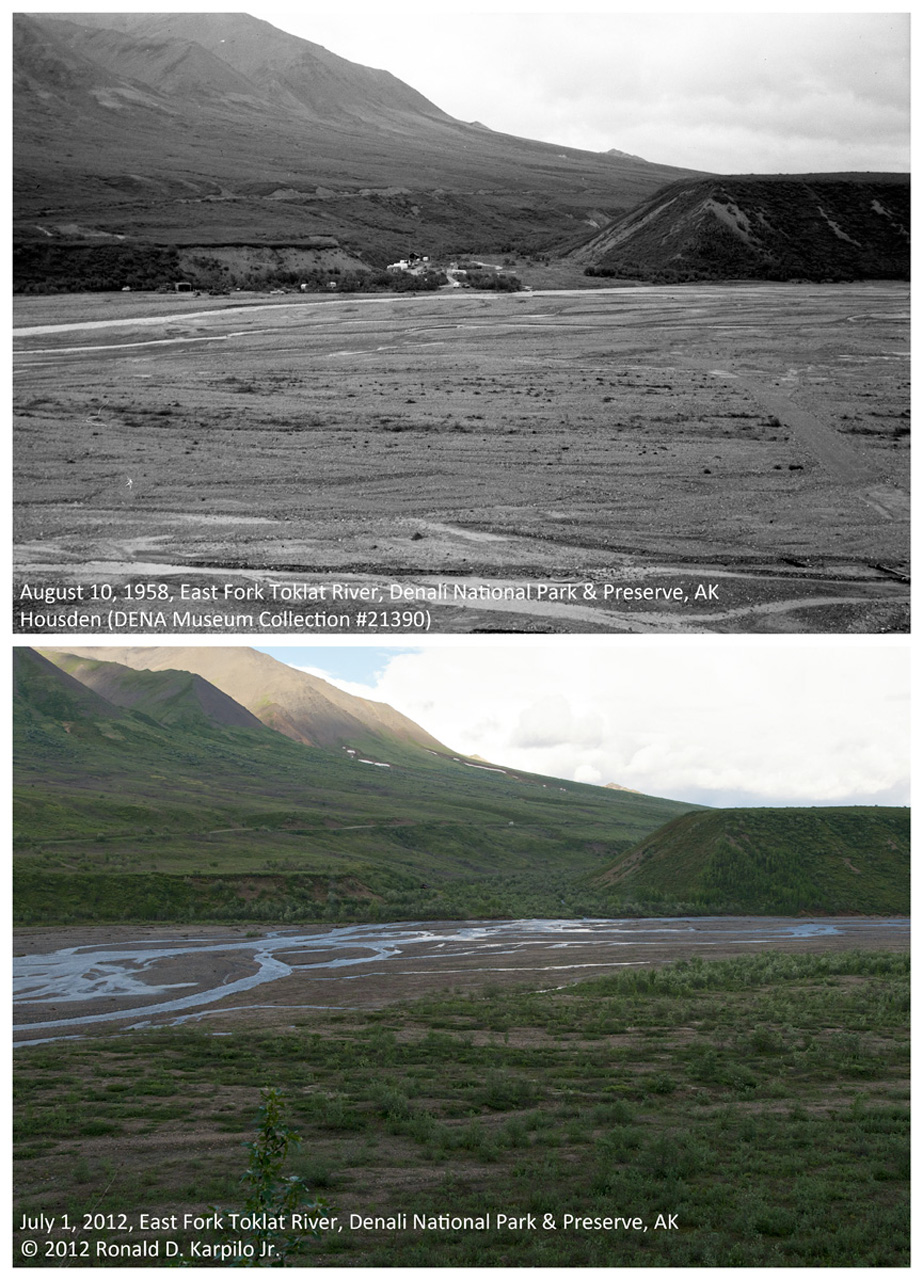 Description:
This photo pair looks across the East Fork of the Toklat River and up Coal Creek. The former site of an Alaska Road Commission camp built in 1928, this area housed workers who built the East Fork Bridge and much of the Polychrome Pass sections of road. Once road building ended, biologist Adolph Murie and his wife Louise occupied one of the cabins for many summers, recording observations on wolves and other wildlife. Over the last 50 years, vegetation on the gravel bar has increased, and the river itself has fanned out at this location, widening from one main channel to many. The road cuts that were bare in 1958 (~30 years after construction), were heavily vegetated by 2012. While it is a natural process for vegetation to colonize disturbed surfaces, has the rate of this natural succession changed in recent years due to warming? If biologists were to occupy the same cabin now, would they observe similar or different wildlife use of the area?