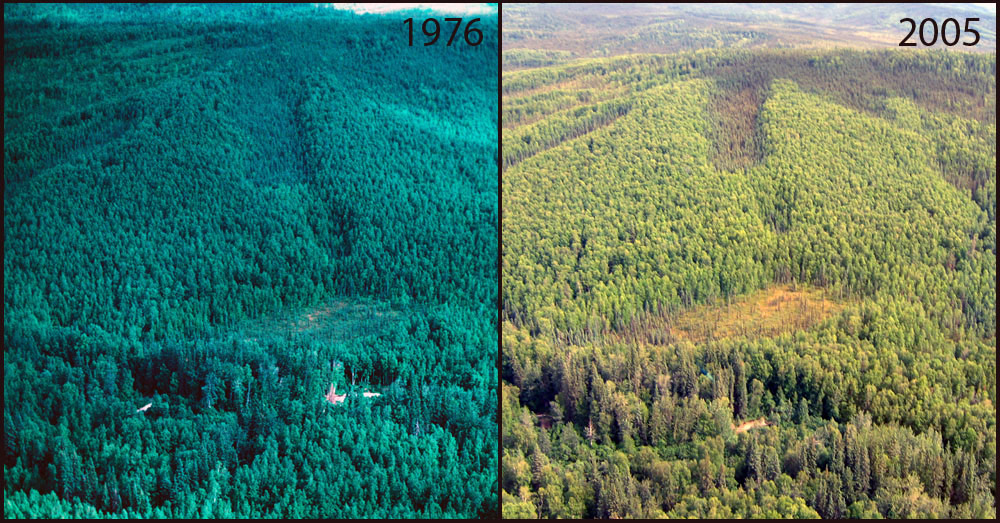 Description:
This photo pair reveals a legacy of fire and recovery from fire in the forest mosaic, although little change over the 29 year period is evident at this scale. The darker green stripe on the hill, which looks like a depression in the vegetation, is an area of black spruce woodland that likely was unburned in a previous fire several decades before the earlier image was taken. This patch of unburned spruce is surrounded by birch forest (lighter green, taller vegetation) that was likely established in areas that were burned. Forest fires frequently result in the degradation of permafrost as the insulating layer of mosses are removed exposing the soil to warm temperatures in the summer. Thus the vegetation in the burned areas is more vigorous and taller than the unburned black spruce stand, which did not experience thawing of permafrost. One change visible between the two image dates is the continued growth of the birch trees on the hillside.