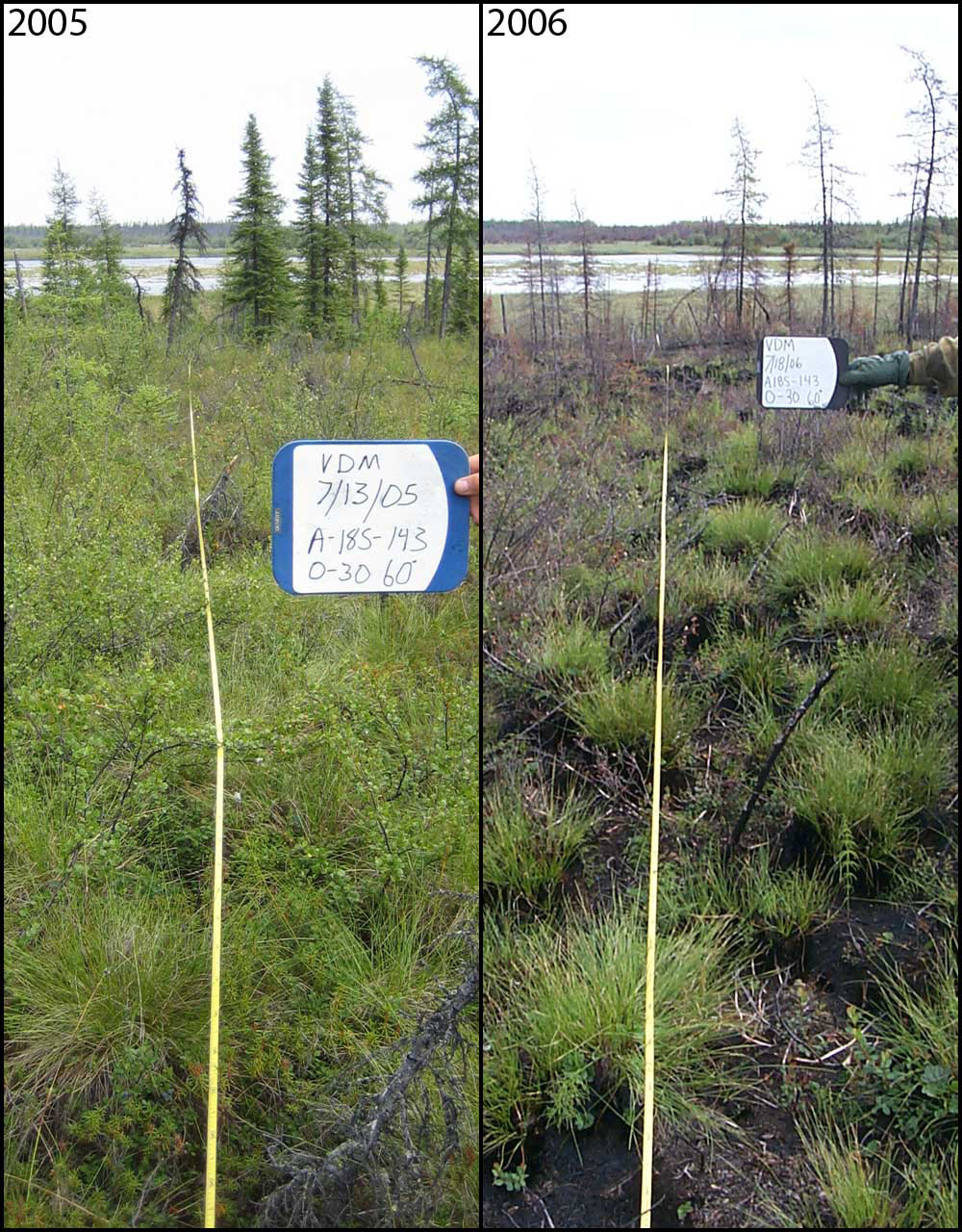 Description:
The area pictured here first burned in 1986, as part of a 56,000 acres fire. It was first visited 19 years later in 2005. You can see some dead spruce that have fallen down, but the area has recovered, with dwarf birch and other young spruce re-establishing. After park staff visited the area in 2005, the Highpower Creek fire (115,000 acres) came through and burned it again. The next summer park staff returned to measure vegetation 1 year post-fir. Notice how nearly all woody material and ground-cover burned, but the Eriophorum tussocks have resprouted and early successional species such as horsetail have moved in to colonize the freshly exposed and nutrient rich soils.