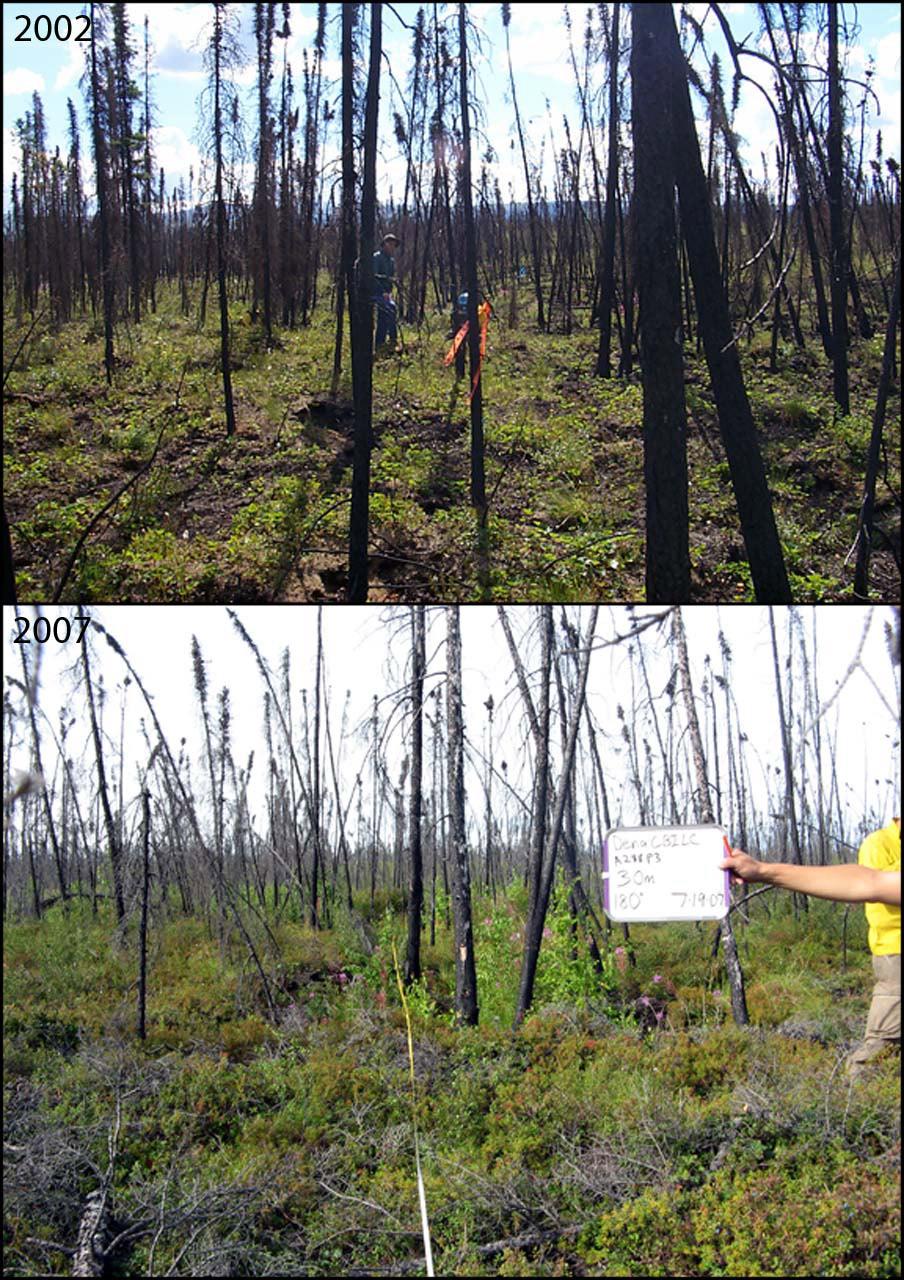 Description:
In 2000, the Otter Creek Fire burned 10,071 acres. In 2002, park staff investigated burn severity and found there was low to moderate burn severity at the pictured site, evident because the ground did not burn to mineral soil and much of the vegetation re-sprouted. However, the fire killed the black spruce trees that formed the canopy. In 2007, park staff re-measured the plot, now 7 years post-fire. Low shrubs had grown denser, and over 2,600 black spruce seedlings and some birch trees had established. Since birch trees tend to grow faster than spruce, they are more visible in the lower photo. Over the next 30-50 years, under the current fire frequency cycle, it is likely these spruce seedlings will grow and re-form a black spruce forest.