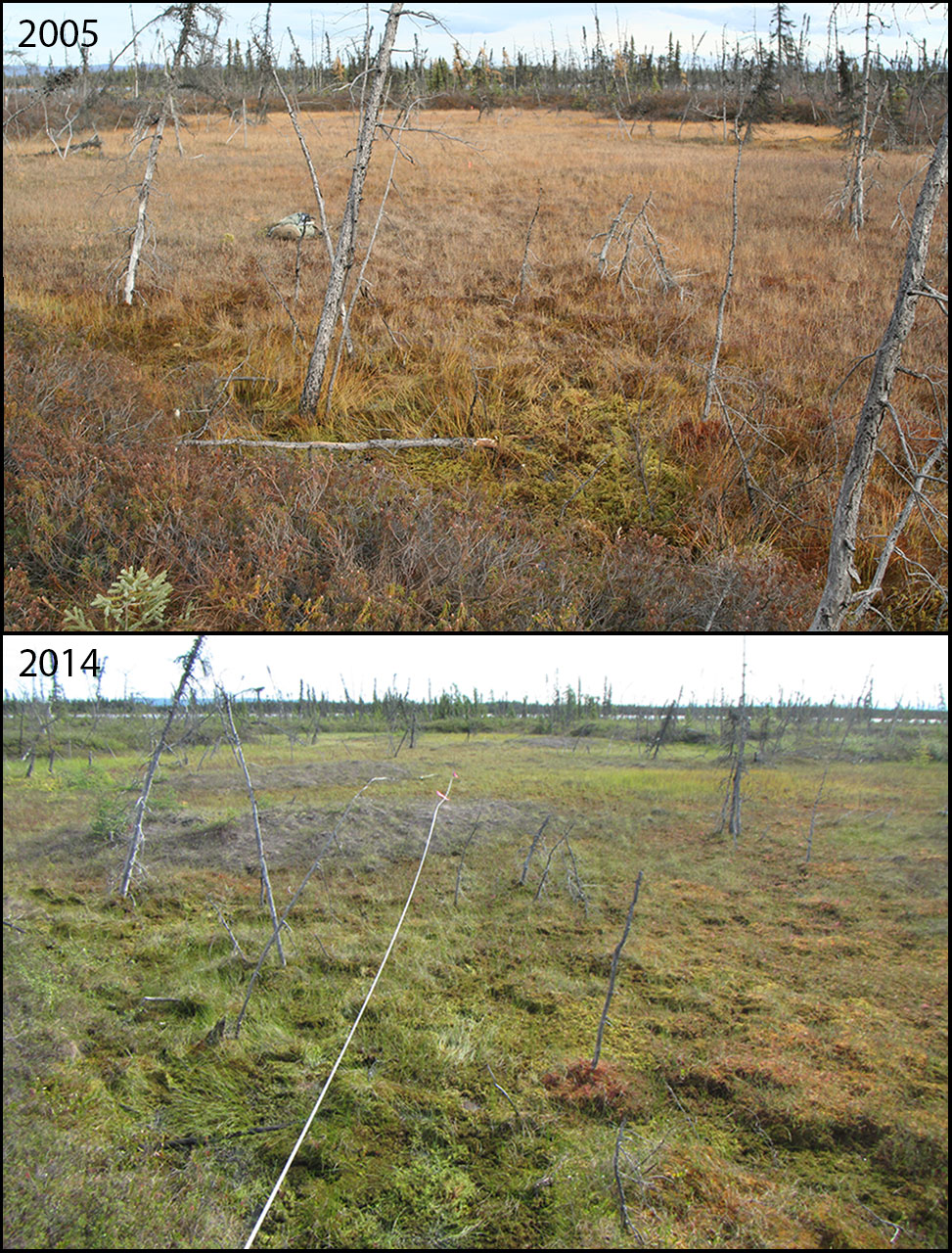 Description:
This photo pair illustrates how dynamic permafrost landscapes can be in response to long-term climate warming, short-term climate fluctuations, and fire disturbance. The area shown here is a study site where researchers are monitoring the stability and degradation of permafrost in both burned (shown here) and unburned forests. In response to warming and fire, the area has begun to dramatically subside because the permafrost underneath it is thawing; creating what is called thermokarst topography as soils settle and collapse. The spruce living in 2005 had drown by 2014 likely due to this type of ground subsidence (upper right of the photo). The bright green moss around the margins of the bogs is where permafrost has recently collapsed, forming a “moat”, and is being colonized by early successional Sphagnum species. But new permafrost in the region can also form during cold winters with little snow, such as the winters of 2006 and 2007. The large grey mounds in 2014 (where backpack was in 2005) have formed since 2005 due to freezing of soils and heaving of the surface. Coring of the mound revealed the newly aggrading permafrost was 1.4 m thick. The grey color is dead Sphagnum moss that has died due to dry conditions. Monitoring of plant communities, soil temperatures, and ground elevations, both in study plots like this one, and through remote sensing techniques, can help scientists track the degradation of permafrost across the subarctic landscape.