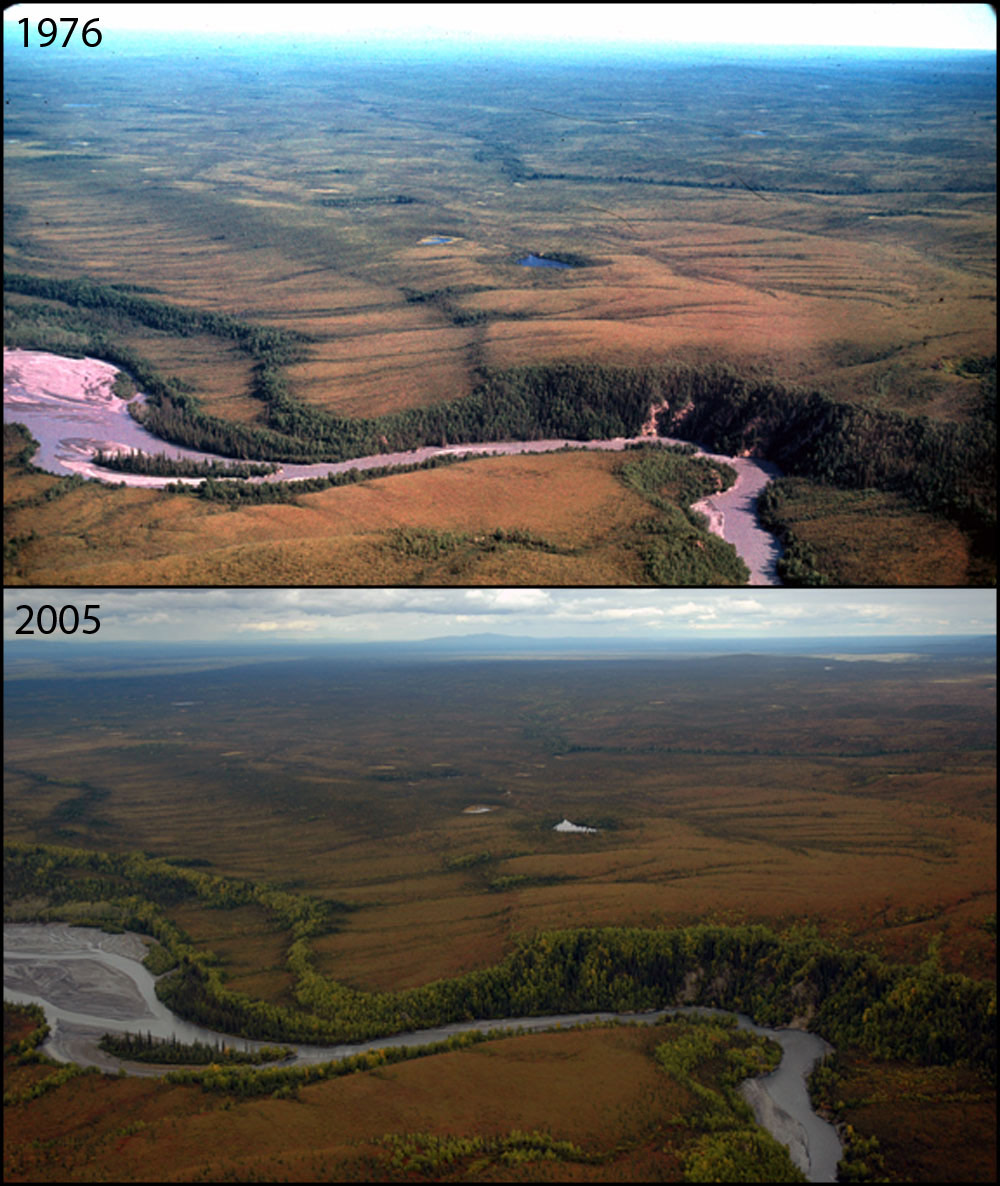 Description:
This photo pair shows an aerial view looking out to the northwest across the lowest section of Eagle Gorge on the McKinley River. The lowland terraces seen in the picture are strongly influenced by shallow permafrost, which precludes the establishment of productive or large-statured vegetation, except for areas where the soil is more deeply thawed such as the steep south facing slopes covered by trees in the middle of the frame. Areas heavily affected by permafrost may reduce the amount of change possible because of the strong influence permafrost exerts on the growth rates of plants in an area, however, when change does occur, it is quick and drastic. Type "thermokarst" in the Search photo pairs box for an example.