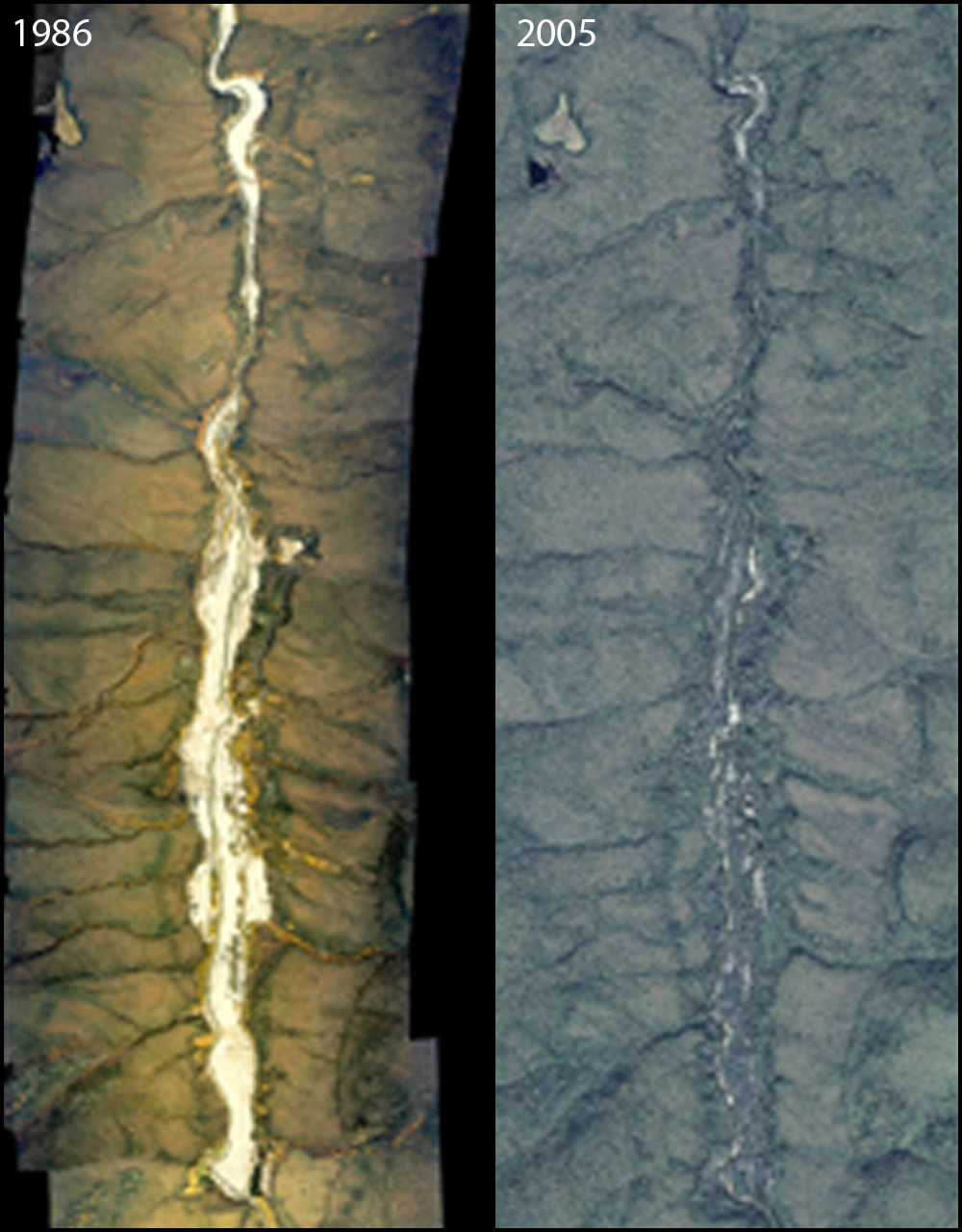 Description:
This aerial photo pair shows changes in a section of lower Caribou Creek in the Kantishna Hills that was subject to major impacts from placer mining in the decades before 1986, but then reclaimed by National Park Service efforts, being revegetated almost fully by 2005. Note the large, open placer-mined deposits that were visible in 1986 that were reclaimed and revegetated to produce the more apparently normal riparian vegetation mosaic seen in the later photo.