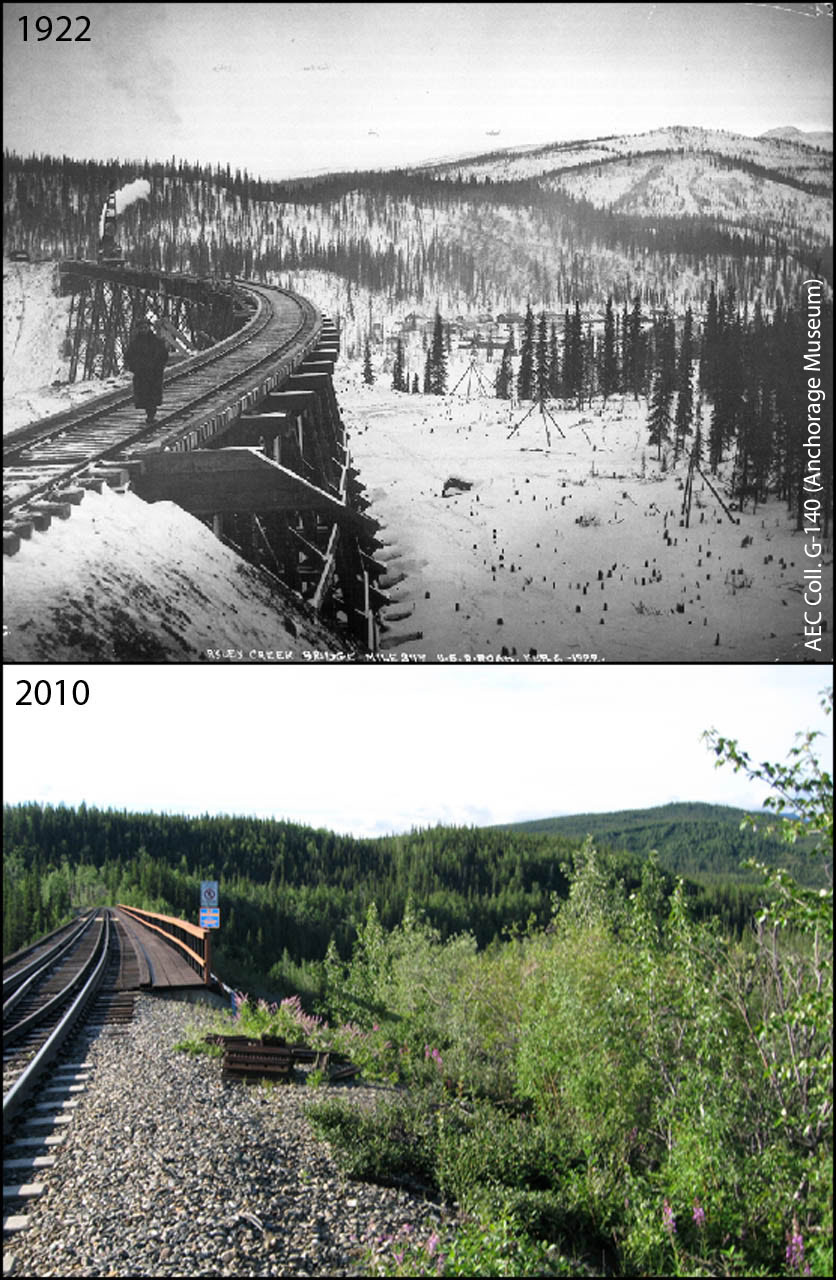 Description:
This photo pair was taken at the Riley Creek railroad trestle looking south. Much of the track superstructure has been filled in with track improvements, but the trestle is still today the original one completed in 1922. The trestle is in fact listed on the National Register of Historic Places. Visible in the earlier photo is the Alaska Engineering Commission camp, that housed workers and otherwise supported the building of the trestle. This camp was later abandoned, scavenged, and eventually colonized by natural riparian vegetation. Do you notice the forest on the hills in the background looking a little thin in the earlier photo compared to the later one? This is primarily because of a 1924 wildfire that swept through the area burning much of the forest. Additionally timbers were cut from the forest to build and heat the Alaska Engineering Commission camp. Much of this forest has recovered from the wildfire and log cutting activities, but now it has a slightly different character, with more deciduous trees as part of the mix. Do you think this change effects over other plant and animal life in the area?