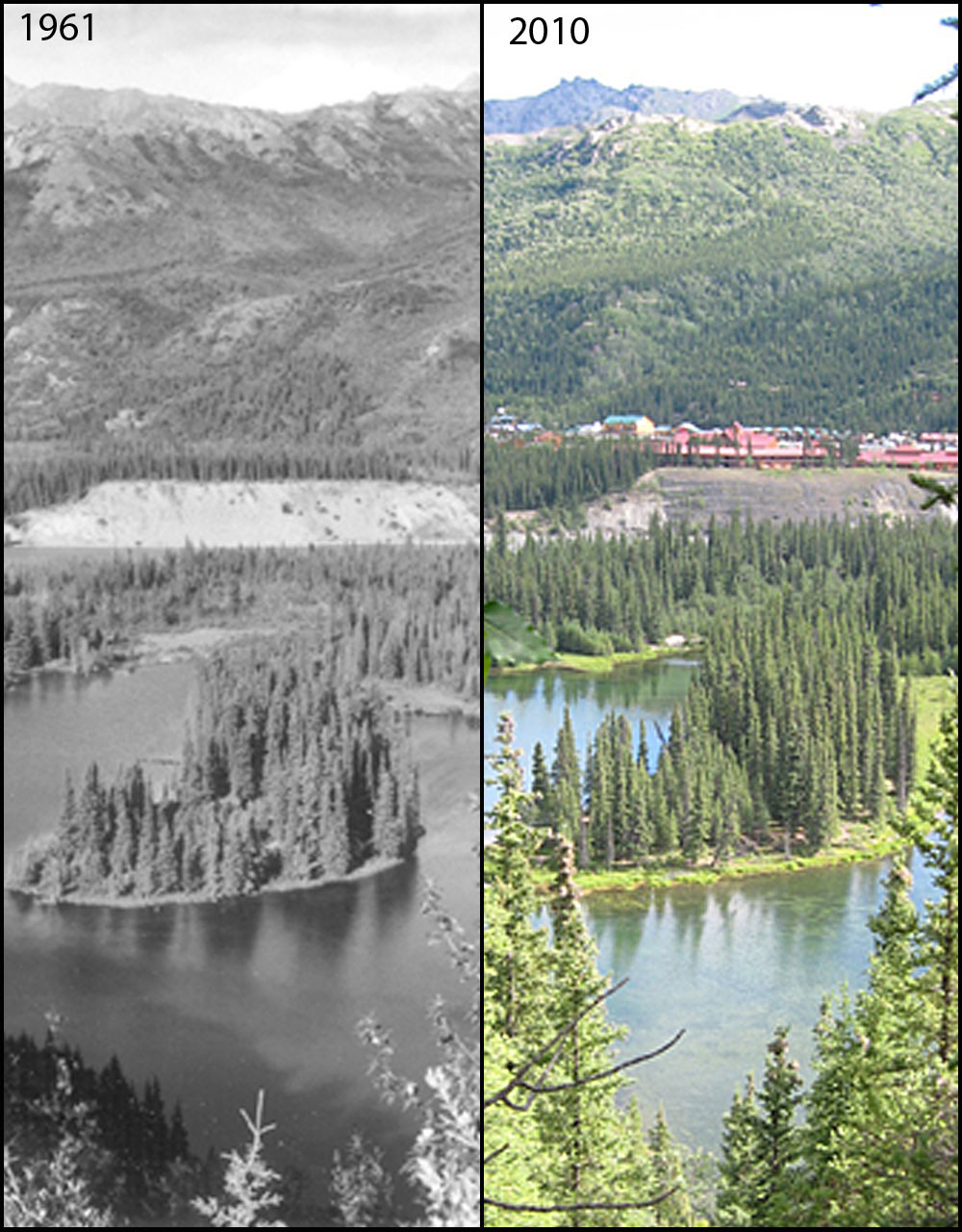 Description:
What a difference 50 years can make! This photo pair looks northeast over Horseshoe Lake toward what is sometimes called "the Canyon," a conglomeration of lodging, shops, and other services 1 mile north of the park entrance. Development in "the Canyon" became profitable with the completion of the George Parks Highway in 1972, connecting the two largest cities in Alaska, Anchorage and Fairbanks, and opening up park visitation to those travelling in private vehicles. But human infrastructure was not the only thing changing during the intervening period! Look to the slopes of the mountains behind the buildings to see dramatic infilling of the forest and the migration of the shrub line up into higher slopes. Note also changes in Horseshoe Lake. What was an island in the 1961 photo was connected to mainland by 2010 through lowering lake levels and vegetative colonization.