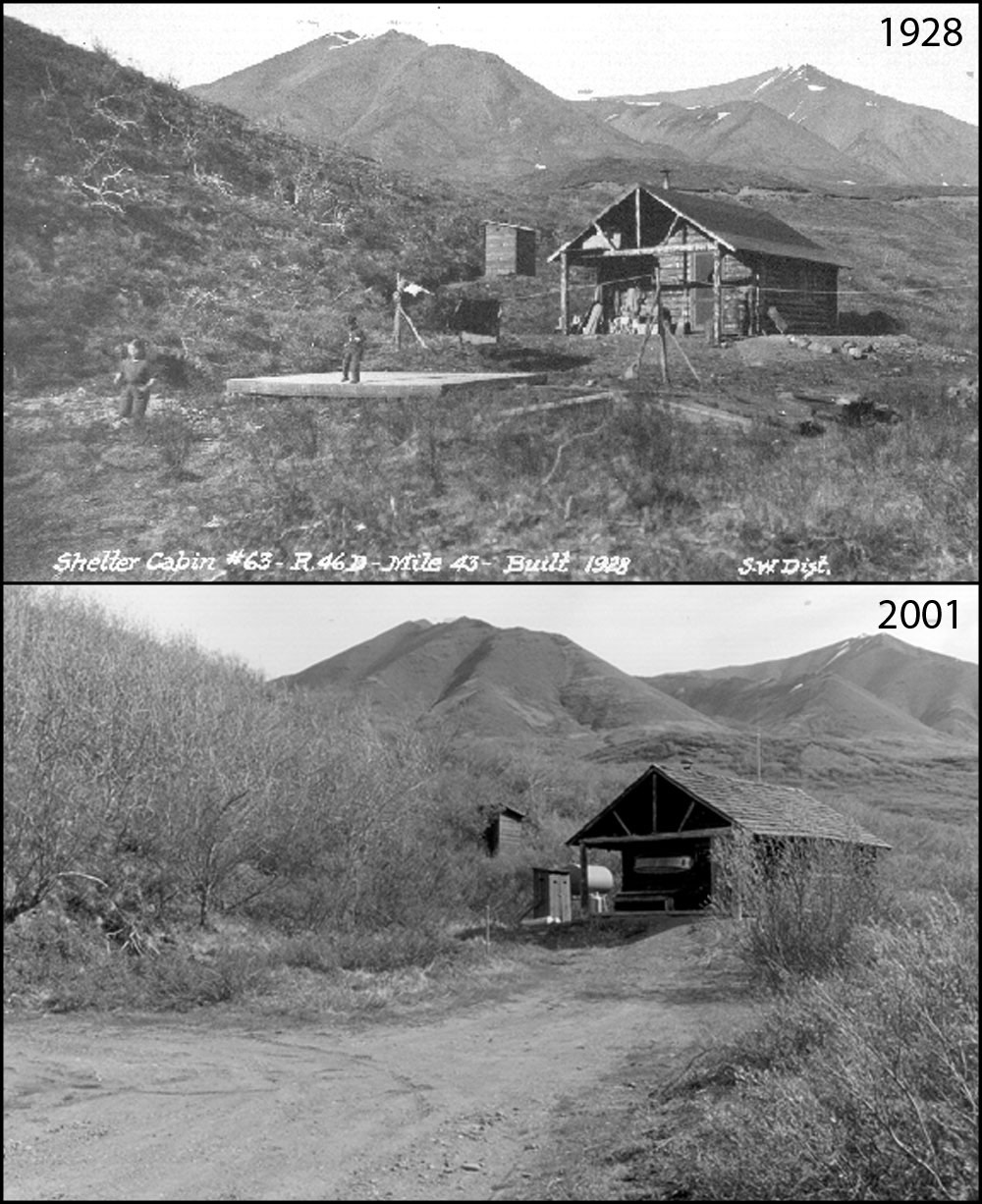 Description:
This photo pair shows the East Fork Cabin, built in 1928 by the Alaska Road Commission just east of the crossing of the East Fork of the Toklat River. The platform visible in front of the cabin with a child on it was likely used for a wall tent. This camp was at times much bigger, with many wall tents, to support the crews needed to build the bridge over the East Fork of the Toklat and the highline route of the road up and over Polychrome Pass. In the later photo, you can see that this cabin has been preserved as a historic structure with very few changes except as was necessarily for maintenance purposes. This cabin was also lived in by Adolph and Louise Murie while they conducted wolf studies for eight summers between 1940 and 1970. Notice the freshly cut road in the background of the 1928 photo, compared to the more filled in road cut in the 2001 photo. Tall willows have grown throughout much of this valley, most certainly influencing wildlife movements in the area.