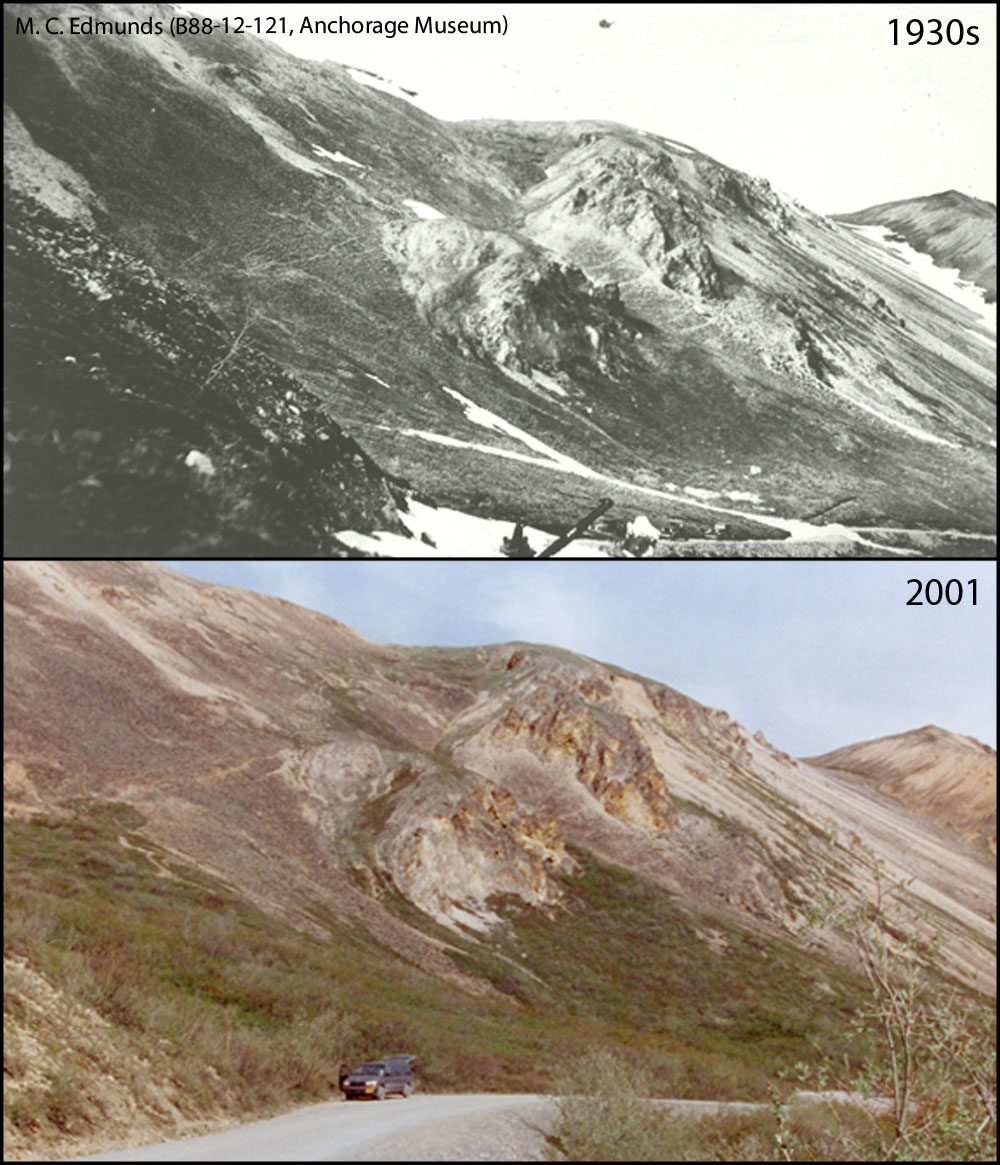 Description:
The 1930s photo, taken at Milepost 45 of the Denali Park Road features a man seated in a piece of road building equipment in the center bottom of the photo. The equipment has a large boom and bucket full of snow, so it is likely that this man was clearing snow off the road. Two trucks are visible on the road that appear to be waiting to get by. Looking to the later photo, road construction is complete, but the landscape is not static. Notice the increase of shrubs on the slopes above the car in the 2001 photo, and also large willows growing on the downslope side of the road. Do you see a series of animal paths visible in both photos? It is amazing that animal movements have remained similar enough to maintain these paths over time. But how fast would you expect a scar like that to recover, even if it was not used anymore? Do you think continued shrub growth on the slopes will affect wildlife movements?