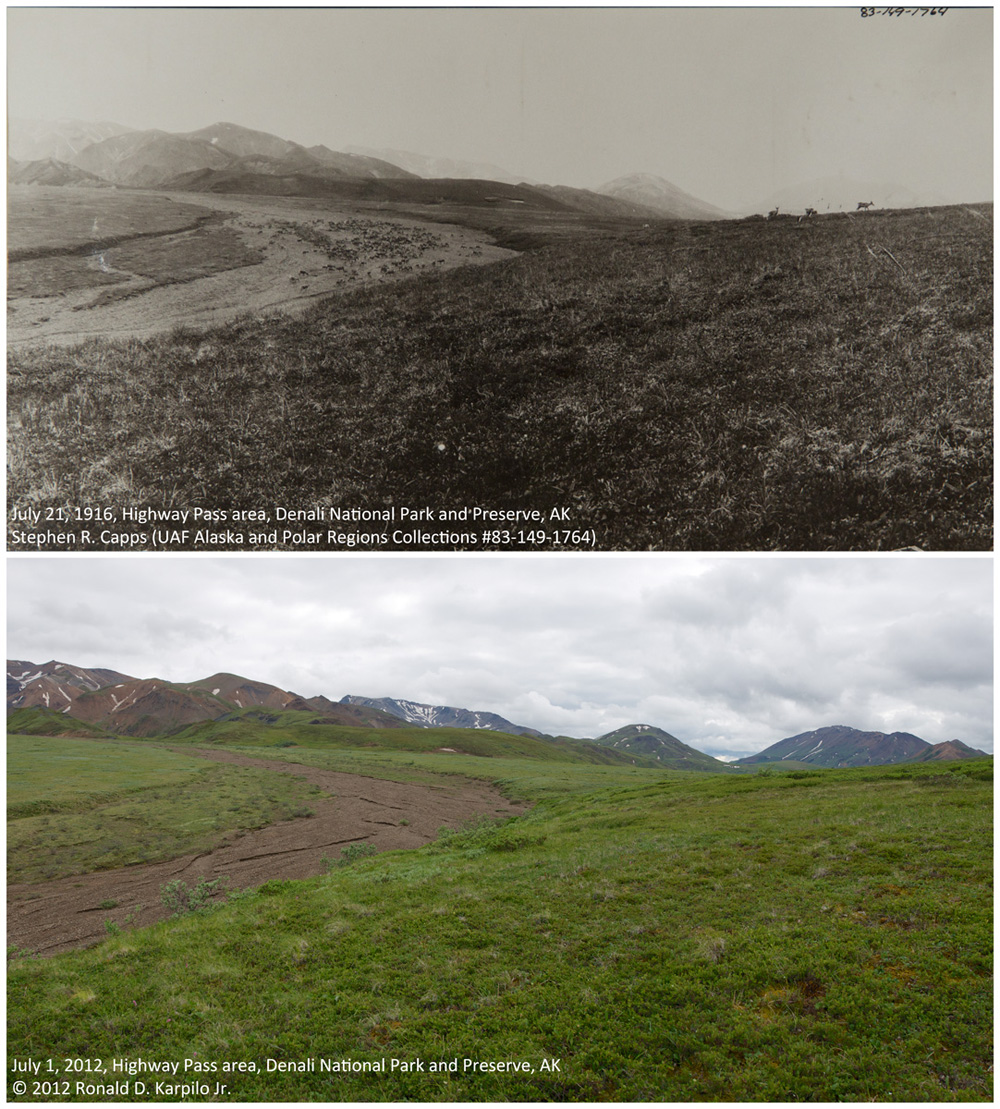 Description:
The 1916 photograph features a herd of over 1,500 caribou browsing in the Highway Pass area. The same area, nearly 100 years later, captures a different scene. Caribou numbers have declined drastically since the early 1900s. Back then, caribou population estimates were greater than 20,000, while population estimates of the early 2000s oscillate around 3,000. There are many plausible contributors to this decline, including market hunting, poisoning, and successive hard winters. Changes to animal populations can have a grave effect on the vegetative landscape. Is it possible that the increase in shrubs visible in this photo pair is due to a decrease in browsing pressure? When studying landscape change it is important to consider all aspects of the landscape – those that remain relatively constant, like soil type and incoming sunlight, and those that fluctuate, like weather patterns, climate trends, and animal movements.